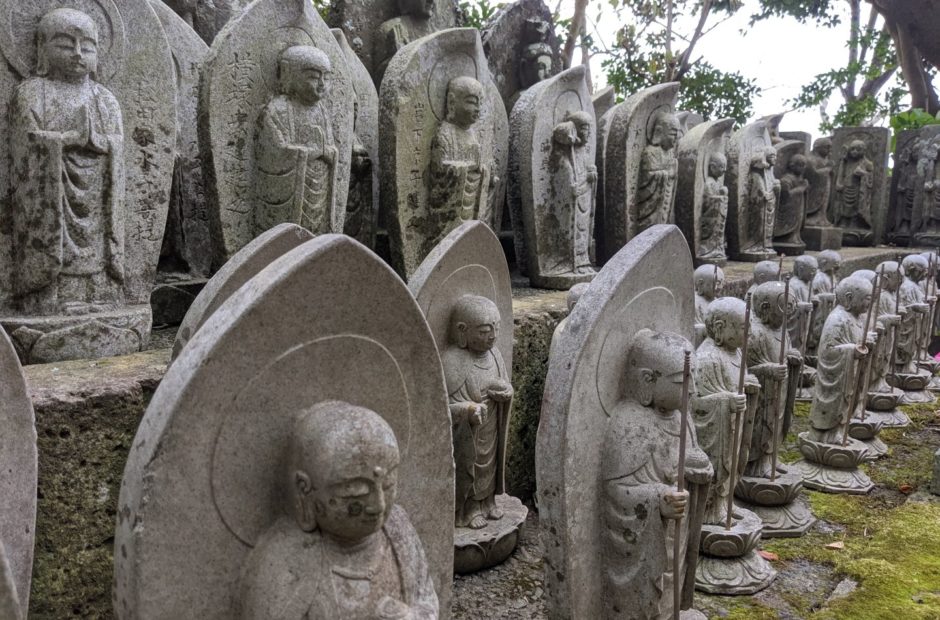 I’d planned to write this up earlier. I really had. I got back from Japan on Tuesday the 24th and I was raring to go once I’d gotten some sleep. And then for the next five days, I was in a haze of jet lag where I struggled to sleep through the night and was incredibly tired during the day. I guess I’m not immune to jet lag. Lesson learned.

Before we left Tokyo and the surrounding area, we spent a day focusing on more historical sites. First, we went to the town of Kamakura. At the center of Kamakura, helping to fill its countless shops and restaurants, is the Tsurugaoka Hachimangu shrine. This is one of the oldest shrines in Japan; it’ll hit its millennial anniversary in 2063 (assuming the Great Filter doesn’t take care of us before that). The shrine is the cultural and geographic center of Japan. Climbing up here can net you some amazing views of Kamakura. You can buy a charm, of course, donate some yen and pray.

Oh, and don’t stand in the middle of the stairway to take a picture. There’s a dude whose entire job is to put a stop to that because a million other people had the same idea first (me included). 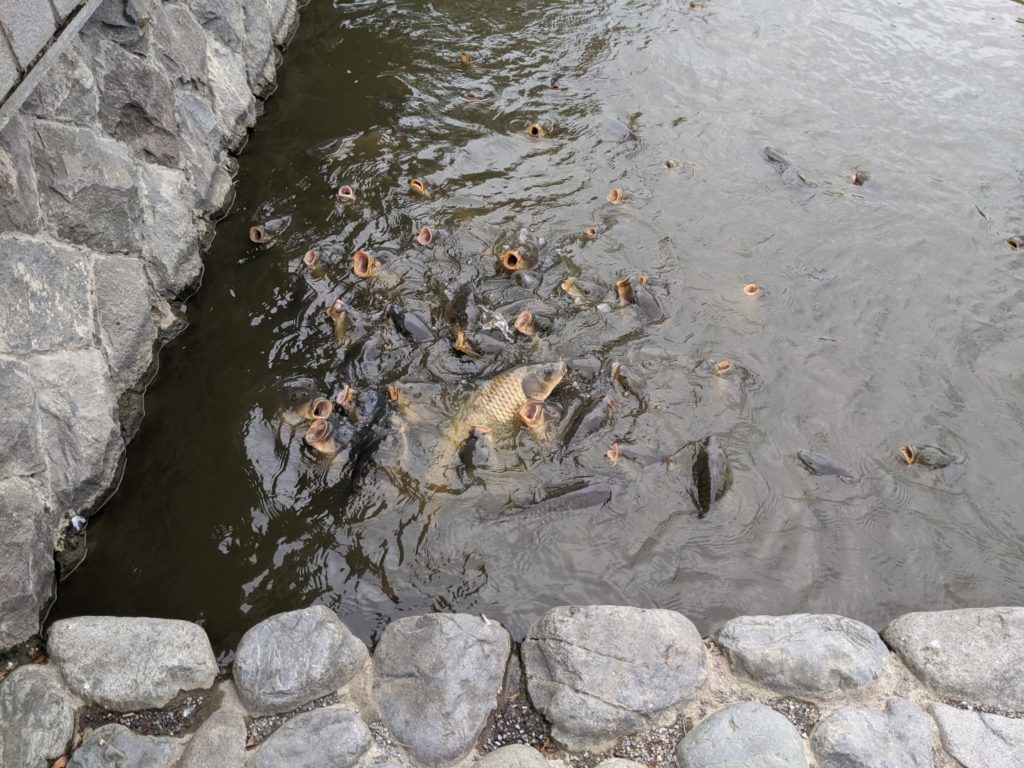 The whole space is gigantic, and different parts of it are used for different ceremonies and events throughout the year. There’s a large lily pond filled with fish that you can feed. There’s also at least one turtle, a few ducks, and a watchful gang of pigeons that are ready to land on you and eat the food you were going to give to the fish. It’s kind of terrifying. 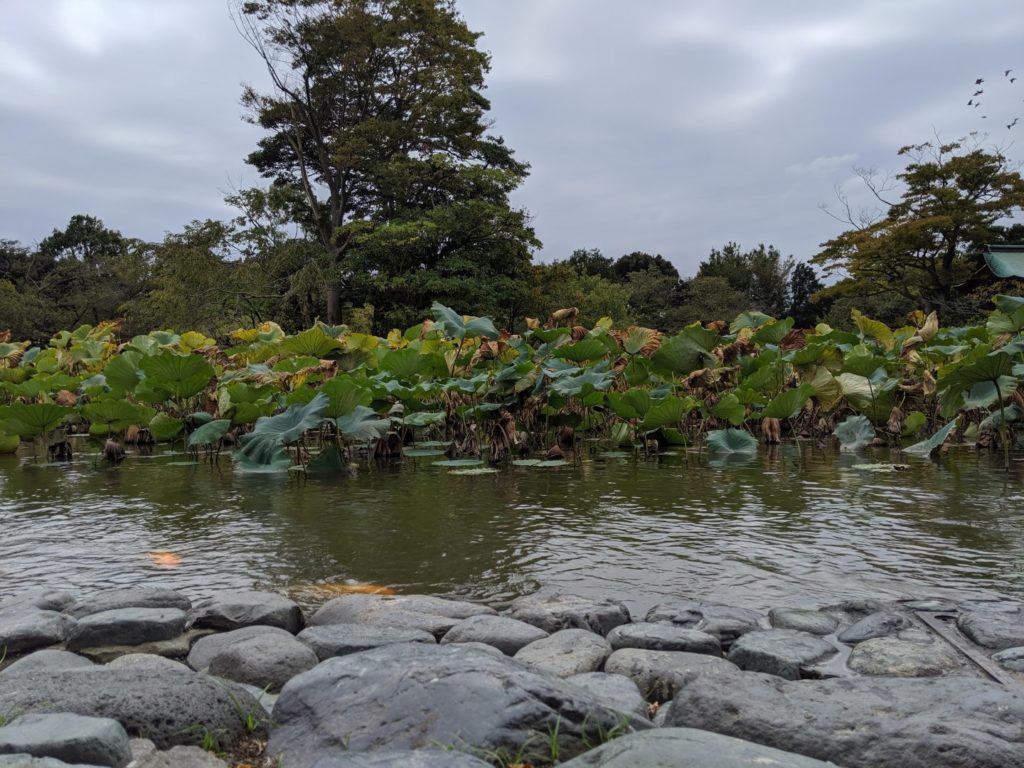 I recommend going to Tsurugaoka Hachimangu before tooling around Kamakura, though. Depending on what time of year you visit, you could easily spend a couple of hours here. I’d say get tired seeing this amazing site rather than shopping. Once you’re done, then head down into Kamakura for some shopping. Stop and look at the many shops with glass sculptures (there are so many). Get some sausage and local beer from a butcher. Get some maccha ice cream. 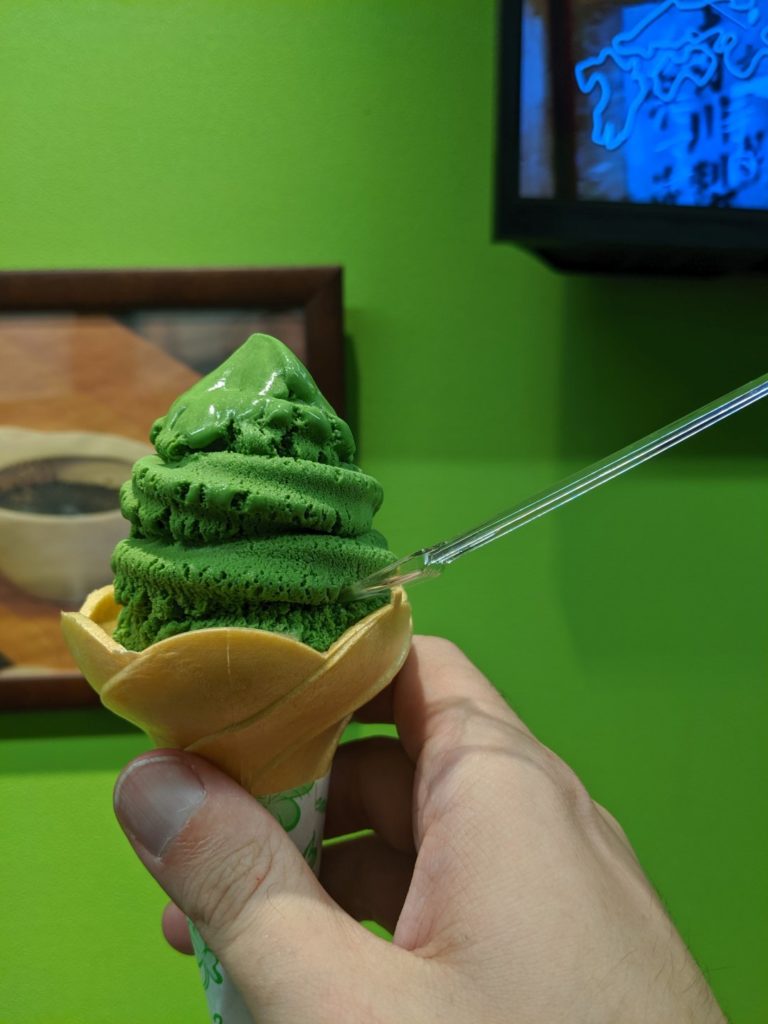 Next, we went to Hase-dera, another very old temple. This one felt a little more intimate, and also provided incredible views of the coast. The temple has a path that, depending on the part of the year, is covered in beautiful flowers. With fall coming, we’d missed out on that, but the area is still lush and green and well-cared for. The whole thing is dotted with small, clear pools surrounded by plants and trees.

There are also countless Jizo statues placed by mourning parents, and a cave devoted to a sea goddess called Benzaiten. The last part might be rough on claustrophobic people, but it’s all beautiful and lush. 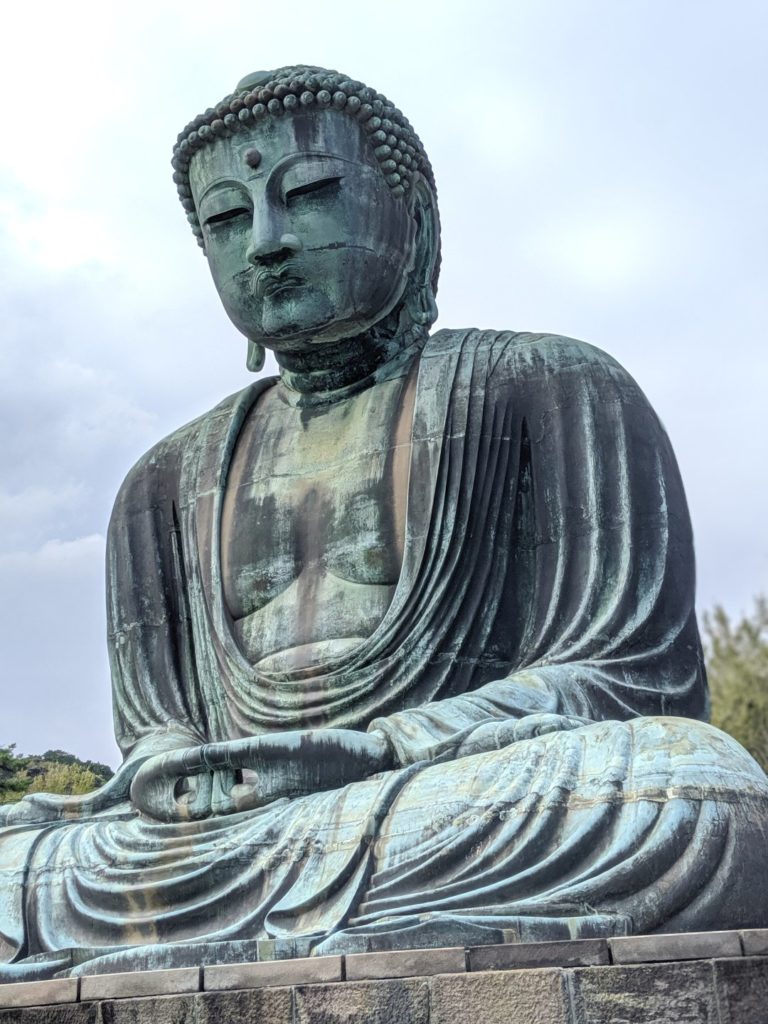 The final big destination for the day was the Kotoku-in Daibutsu. This dude is HUGE, y’all. This 121-ton, 44-foot-tall statue is made of bronze. At various times, its caretakers have built temples and buildings around it. Over and over, though, the buildings fell while the statue stood. So eventually they took the hint and stopped trying to build around it.

It’s a truly imposing statue, and is somehow even more impressive from inside. Again, claustrophobic people, beware, getting in and out of this structure is tight. But if you can handle the squeeze and the stale air, it’s amazing to see how much space there is inside of it.

Once we’d spent some time exploring the Daibutsu itself and the surrounding shrine, it was time to head home and relax for our last evening in Tokyo before heading to the Moriaki Ryokan in Gunma.