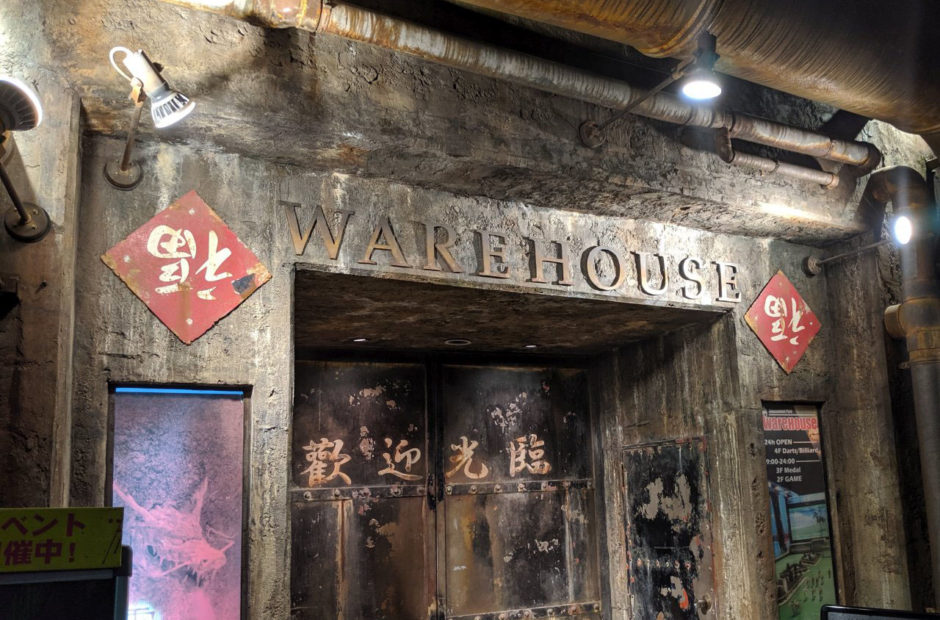 Did you know that feet have mouths and can scream? My feet are screaming. Today brought us the Tokyo Game Show, Kaitenzushi, and The Warehouse. And so much Ibuprofen.

After a quick stop at a cafe for a pastry and coffee, we were off to the Tokyo Game Show’s final day. If you follow video games and you know E3 at all, then it’s easy to sum up the Tokyo Game Show. It’s like E3, but with more room, more shopping, and fewer game kiosks.

After about half an hour waiting in the blazing sun, we were let into the show. It was surprisingly orderly, and once lines started moving they moved quickly. My friend and I walked through the hall, taking in each of the booths and quickly assessing that, no, the lines weren’t worth standing in. Again, just like E3! This also might just be me. I hate lines. And finally, also like E3, no one in the show moves like the have places to be, so instead of walking forward, they’re all kind of rocking back and forth on their feet, forcing you to do the same. It’s murder on feet. 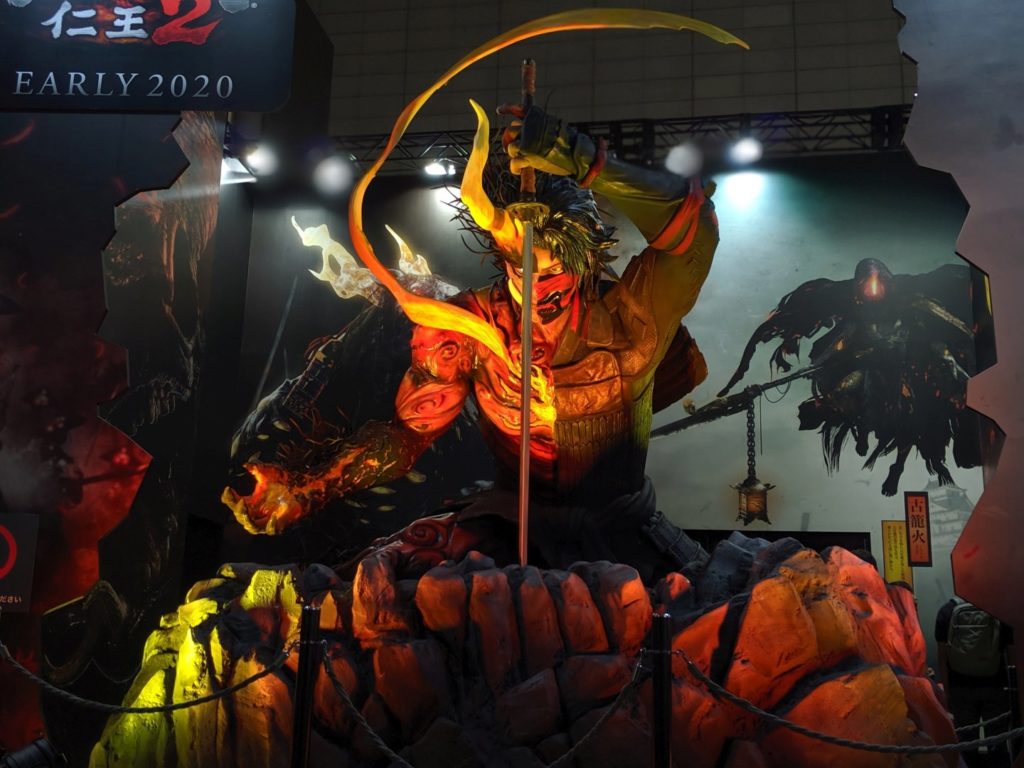 I did play one game: DEEEER Simulator: Your Average Everyday Deer Game. DEEEER Simulator is, according to the team’s Kickstarter, “a game planned to be made available on Steam in which you take on the role of the main character: a deer. Run around town freely taking advantage of the main character’s deer-specific attributes, such as your stretchy neck and your stabby antlers!”

And so I took my controller and went Spider-Man on the game’s small demo space, swinging around by my deer’s perfectly normal stretchy neck. There’s a 100% chance I’m going to buy this game when it hits Steam.

By the time I left, I was in possessions of four different paper/plastic fans, an Avengers plastic bag, and a very cool Sega Mega Drive shirt. 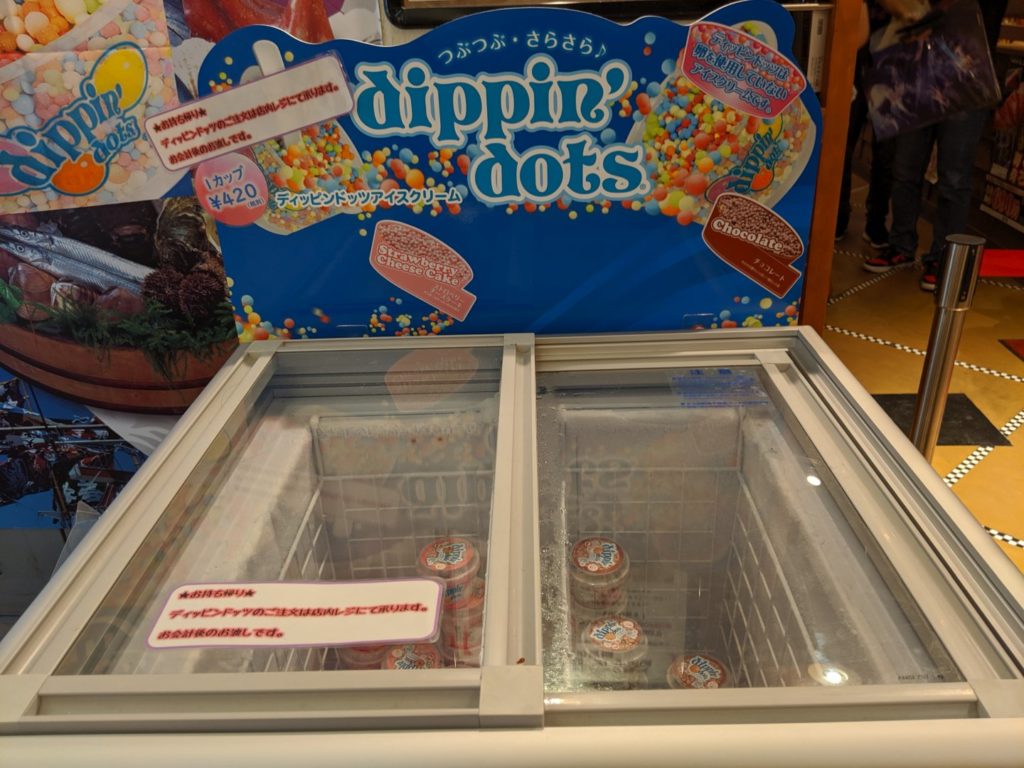 I got back to my hotel room for an all-too-short rest, and then we were off for dinner: Kaitenzushi or, translated, conveyor-belt sushi. We went to Genki Sushi, where I had tuna, eel, roe, and other sea creatures delivered to me via tiny cars on a magnetic belt. The ambiance of the place isn’t exactly the most appetizing; the fluorescent lights and beige everything screams hospital more the restaurant.

Even so, the whole process is pretty fun. At this particular restaurant, each seat has a touch-screen computer in front of it. You can pick from a small list of languages, so ordering is simple. You punch in up to four plates of stuff, and hit go. After a while, little train cars zoom out with delicious animals on them, and you confirm that you got your animal. When you’re done, you confirm the completed check and take your plastic card to the front.

This is the part where I mention that Japan is, unlike America, still an extremely cash-based society. If you walk into an American store with a $100, people are going to look at you like you just pushed their kid in the mud and stole their dog. In Japan, no one blinks, because their register is flush with cash.

The other weird thing is that coins are everywhere. There are coins up to ¥500, and there’s an expectation that you have exact change a lot of the time. Also, the ¥1 coins feel exactly as cheap as they should; more like play money than real money. 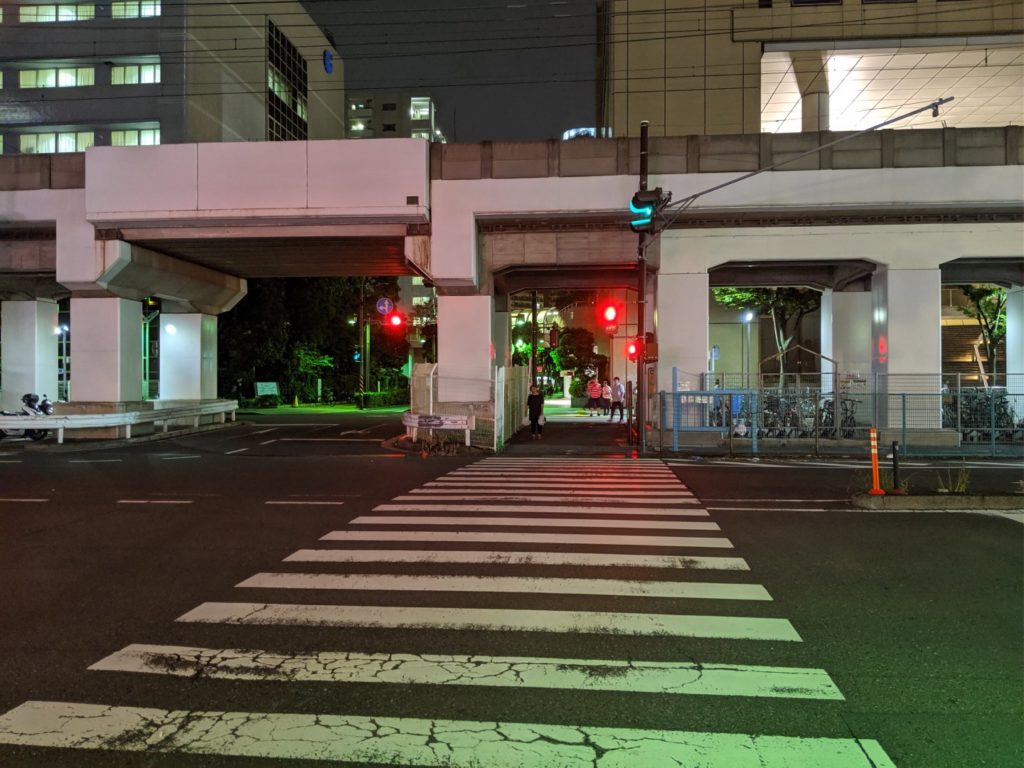 Once we were full of rice and sea life, it was onto the arcade. We went to a place in Kawasaki called The Warehouse, which is this awesome-looking entertainment complex themed to look like something between a Resident Evil set and an old Kowloon alley. There are tons of games, from old fighting games to brand new ones, full-immersion mech pilot games, a gigantic Tetris title, to Virtua Tennis. Hell yeah, I played Virtua Tennis.

There are also about a thousand different UFO Catcher games. If you haven’t played one before, these are crane games on steroids. You can win anything from a giant plush corgi to an expensive anime figure to a “mystery bag” in these. I managed to snag a giant Kirby plushy that I have no use nor place for, and spent about $10 trying to get a JoJo’s Bizarre Adventure figure. There’s very, very little skill involved in many of these games. Often, you’re not grabbing for the actual toy, but rather a rubber ball that you then drop into a sort of egg carton layout. There’s almost no room for skill or finesse here; it’s almost entirely luck. I didn’t get the stupid figure.

Before I left, I also managed to get some time with Street Fighter V, Darius, and Virtual On: Oratorio Tanagram, which is a game title I forgot that I know how to spell.

I remain impressed by Japan’s incredibly well-oiled rail system, how fluffy convenience store bread is, and how many lemon-flavored fizzy drinks there are. In that competition, the score is Japan: ~1,000; America: 0.

Tomorrow, we’re visiting an Gundam Base and who knows what else.

Disclaimer: This trip was paid for and organized primarily by tour company PacSet Travel.