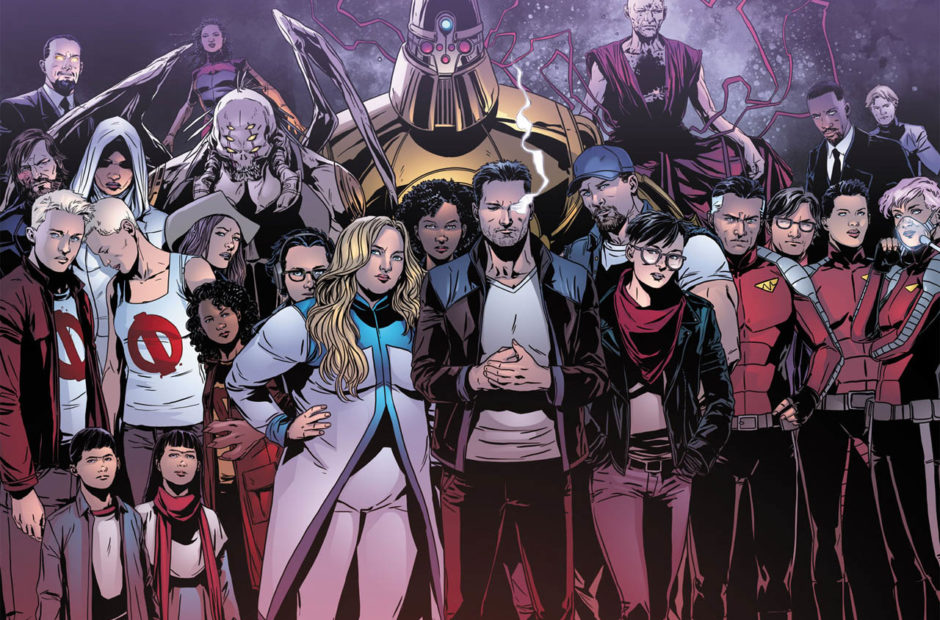 The dreams of a Valiant Cinematic Universe may have taken a bit of a setback in an unusual form.

An upcoming Harbinger movie – based on the comic of the same name – has moved from Sony Pictures to Paramount according to The Hollywood Reporter. The project is moving in its entirety to Paramount Pictures with Justin Tipping still tapped as director, and the script by Tipping and Joshua Beirne-Golden. Neal Moritz is still attached as producer, and seems to have been the one to move the production as he migrated his first-look deal.

Harbinger was originally due to film either this summer or fall, but that has now been moved back to allow for some prep time at Paramount. The comic follows the story of super powered teens that end up rebelling against the corporation that gave them those powers.

Where this whole issue becomes a bit cumbersome is that a Valiant movie universe has been the plan for several years now. While movenment had been slow, a Bloodshot movie had finally been shot starring Vin Diesel that will hit theaters on Feb. 21, 2020. Sources are saying that Bloodshot was never an integral part of the universe plan, and the rest of the films could end up at Paramount without too much issue.

The bigger issue here is what this means for Sony. The studio has been struggling for some time now and is trying to put itself back together. While it has parted ways with Marvel Studios over Spider-Man, it needs to not put all of its eggs in one backet. The Jumanji franchise is doing fine for now, and a new Ghostbusters is on the way. Men in Black, however, looks to be dead again.

Having Valiant in its quiver could have helped Sony, but now it will apparently need to go looking for another multi-franchise property.

No word yet on when to expect Haebinger.