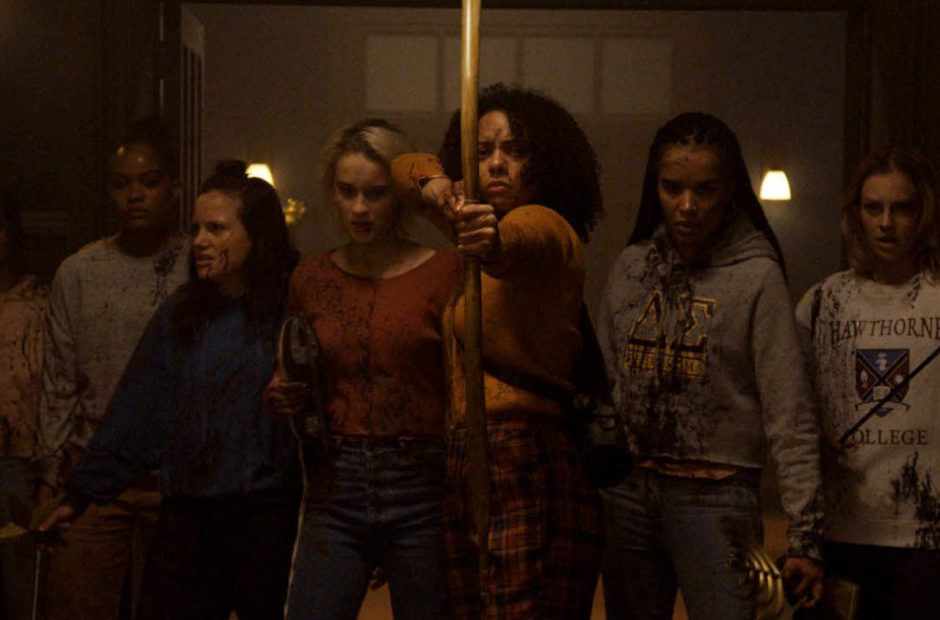 Blumhouse is back with its latest horror movie, and it’s a remake of Black Christmas. And no, you aren’t dreaming, this film was only announced back in June.

When Black Christmas was announced, Blumhouse said that it would begin filming immediately and that it would hit theaters within six months. It seemed like bravado, but here we are with the first trailer ready to go.

The original Black Christmas came out in 1974 and was directed by Bob Clark (A Christmas Story) of all people. We recently went back and watched it after the initial announcement, and it doesn’t look as though things will be matching up exactly. That’s not always a bad thing, but you do wonder why they keep the same title at times.

Hawthorne College is quieting down for the holidays. But as Riley Stone (Imogen Poots, Green Room) and her Mu Kappa Epsilon sisters—athlete Marty (Lily Donoghue, The CW’s Jane the Virgin), rebel Kris (Aleyse Shannon, The CW’s Charmed), and foodie Jesse (Brittany O’Grady, Fox’s Star)—prepare to deck the halls with a series of seasonal parties, a black-masked stalker begins killing sorority women one by one.

Whoever the killer is, he’s about to discover that this generation’s young women aren’t about to be anybody’s victims.