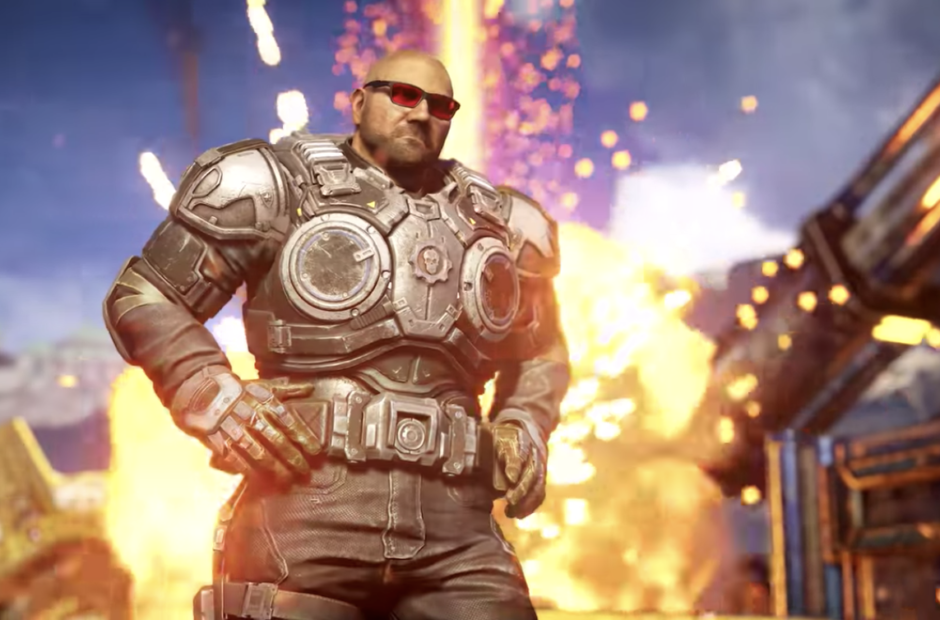 Finally, Dave Bautista will exist in Gears of War.

He made the announcement on Twitter, confirming Microsoft and The Coalition redesigned him for graphic warfare in the franchise’s latest installment. The trailer, which includes his classic “I Walk Alone” entrance music, already has more than 1.7 million views.

The wrestler-turned-actor, who’s appeared in several Marvel films and Spectre, recorded over 700 lines for the cameo in this game.

Lately, he’s taken to social media to express his desire to be included in the upcoming film. He tweeted that, despite trying “everything,” Universal Pictures hasn’t pulled the trigger. There doesn’t appear to be a better fit for Marcus Fenix because, well, Bautista and the main character are total badasses. In fact, both actually look very similar as well.

Gears 5 is set to be released on Tuesday, September 10. Just don’t expect Bautista’s playable character to arrive on the same day. Microsoft and WWE, his on-again-off-again employer, will introduce the wrestler-turned-actor to the game after Clash of Champions. The event takes place a few days later on September 15.

From the moment WWE’s Clash of Champions concludes, you can take to the battlefield in Gears 5 as ‘The Animal’ himself.