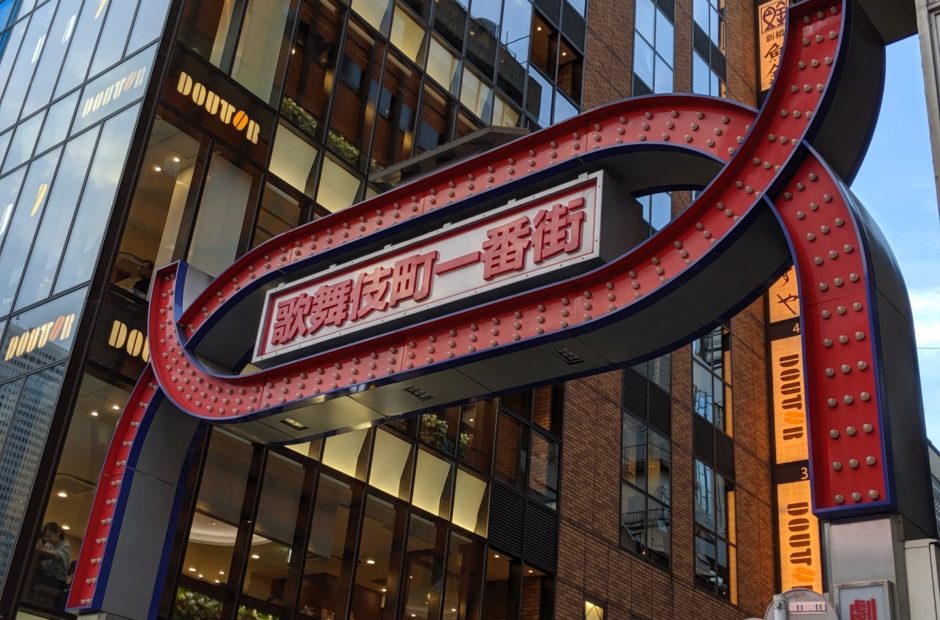 After five days of hard-charging touring that took us to temples, museums, Gundams, arcades, and shopping districts – and one day of recovery – it was time for a free day. I took things easy for day 7, not even really starting until noon and being basically done by dinner time. But I got to fill in some blank spaces in my trip and I got to see a place I’ve dreamt about for a long time: Kabukicho. 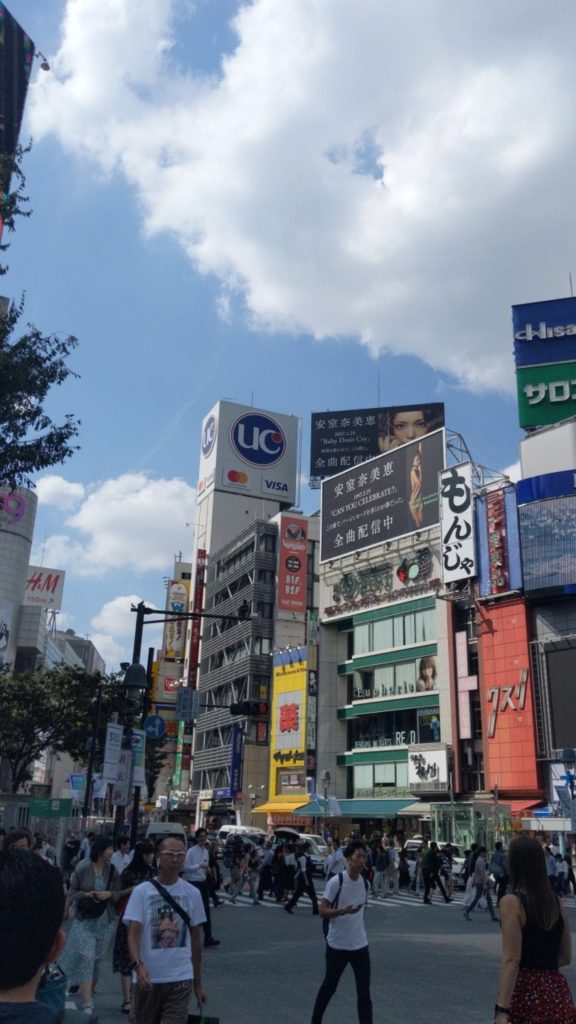 I started out with a visit to Shibuya. I walked around for a while, just taking in how busy the place is. Earlier this year, I had the opportunity to visit New York City for a day and managed to make my way through Times Square, so I have this fairly fresh image in my head. Shibuya’s main intersection is one of the busiest in the world, and indeed there are tons of people there. At the same time, though, it doesn’t throb quite the same way that Times Square does. Times Square hums with life, but life sort of flows through Shibuya.

While there, I checked out two shopping centers, including one that had a Batman-themed pop-up store to celebrate the Bat’s 80th anniversary. The store amounted to about 20 t-shirts and some jewelry with DC and Batman theming and nothing that was discernibly Japanese about any of it.

After spending some time in Shibuya, I met up with my tour guide to hop a train to Kabukicho. 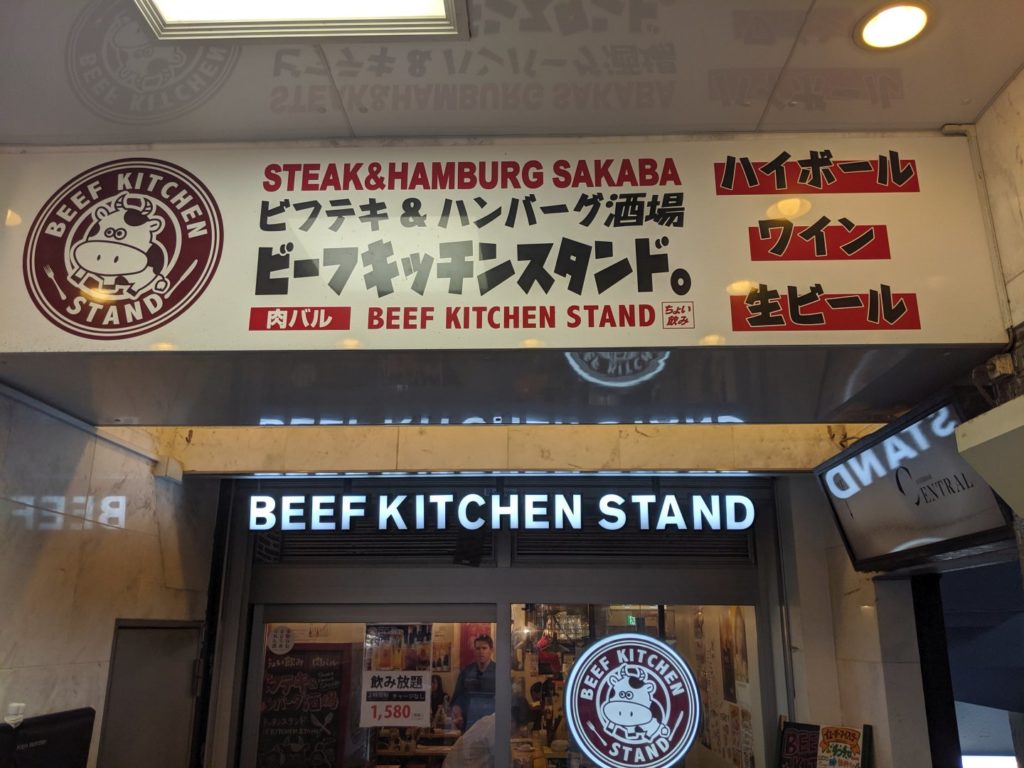 For me, this was a huge moment. While I’ve been a fan of anime, games, and movies for a long time, one of my absolute favorite series has been the Ryu Ga Gotoku series, better known in America as Yakuza. These games are set primarily in the made-up Kamurocho district, which is based heavily on Kabukicho.

When I say that it’s based heavily on it, I mean that I knew my way around this place I’d never once seen in real life and that is wild. 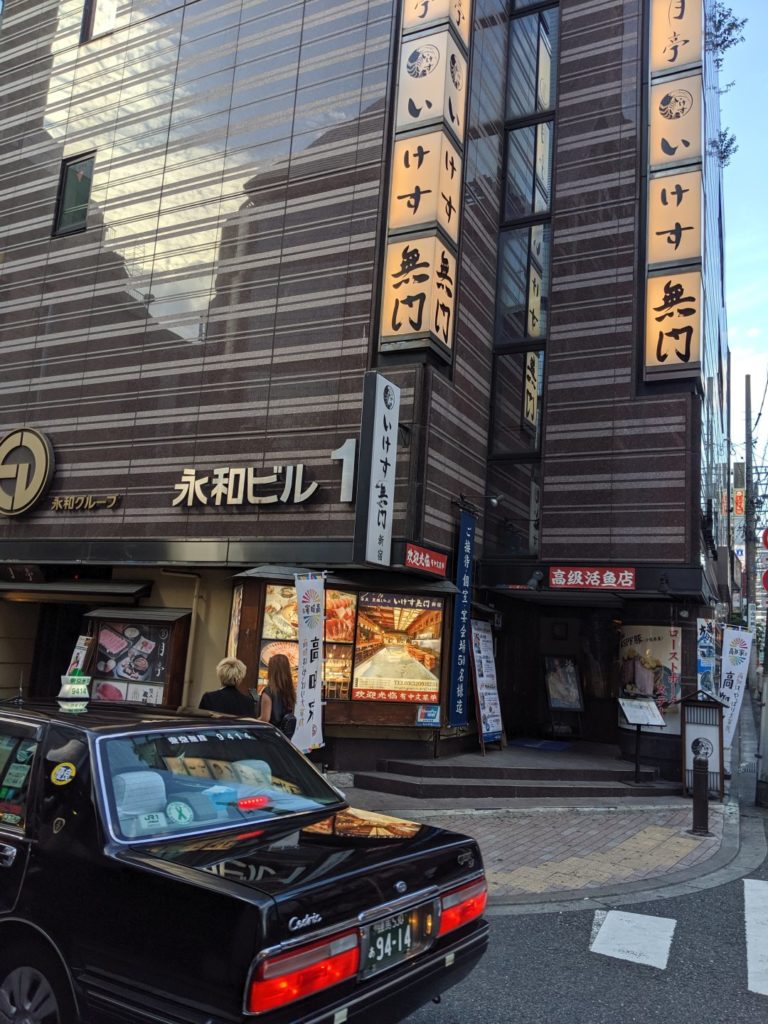 I’ve eaten at this restaurant… in a video game.

The thing about Kabukicho is that while it’s not dangerous, it also has an earned rep for being one of the less savory places in Japan. If there’s a place you’ll get scammed, it’s in Kabukicho. Whether it’s over-charging for the otoushi (starter plate) at an izakaya or dropping a cover-charge on a bar visit, you’re more likely to find someone willing to help part you from your money here than anywhere else. This is also the nexus point of host and hostess clubs, peep shows, strip clubs, and brothels. They exist elsewhere in Japan and in Tokyo, but this is where the heat map for those things really glows. 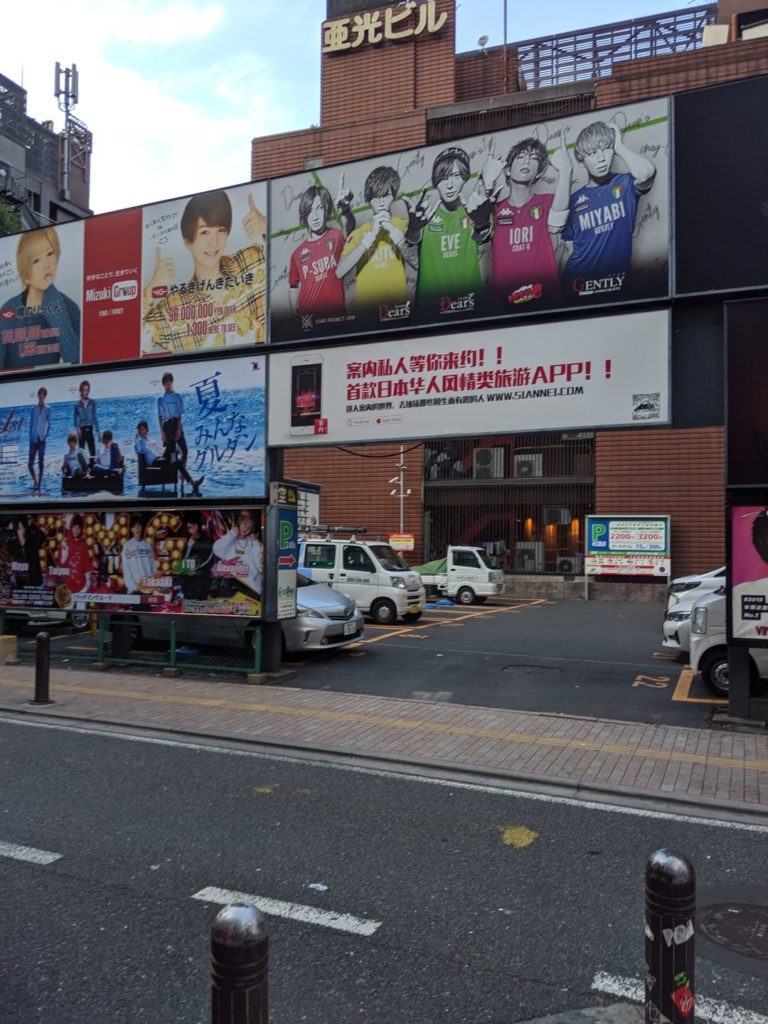 However, we skipped those and headed to Golden Gai, a set of back alleys that host dozens of tiny bars that feature five seats and barely enough room to hold those. We ducked into a bar neither of us can remember the name of and there were already two women in there. With the two of us joining them and the bartender, the house was essentially full. We didn’t stay long, but I loved being in such an intimate space. 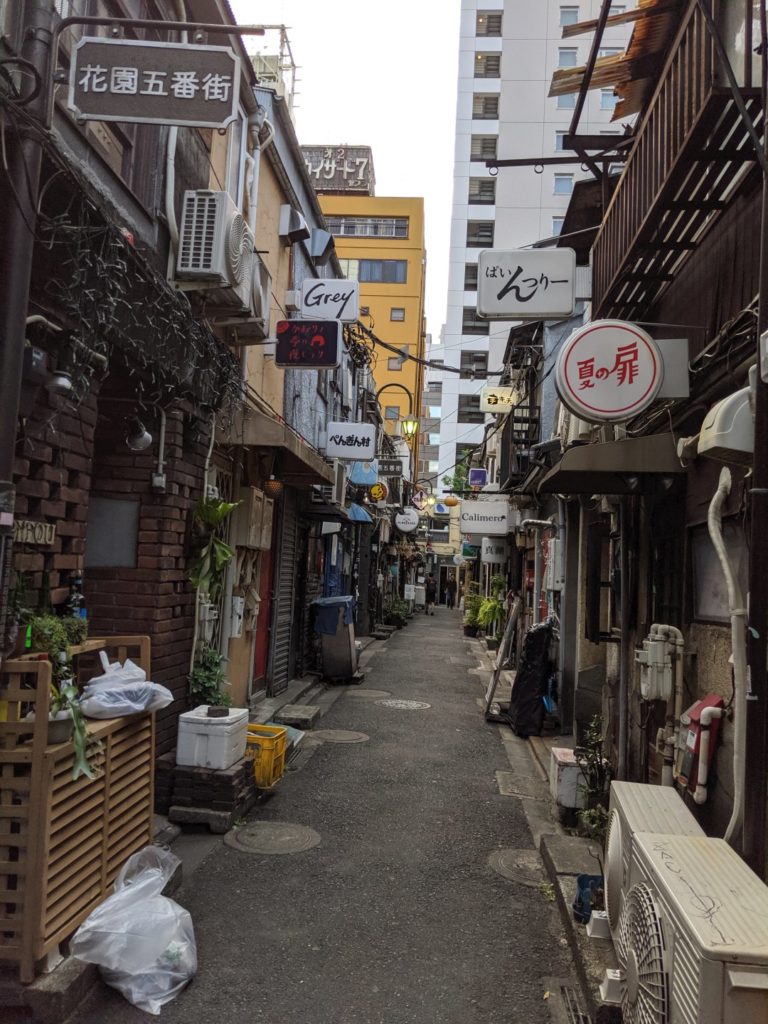 The other thing we did while we were in Kabukicho was to stop by one of Sega’s many Game Centers, which are packed with UFO Catchers. If you haven’t played a UFO Catcher before, think those crane games we have in America, but on steroids. They’re cleaner, brighter, louder, and the prizes inside are actually worth spending your hard-earned cash on. We had two big scores before we left. 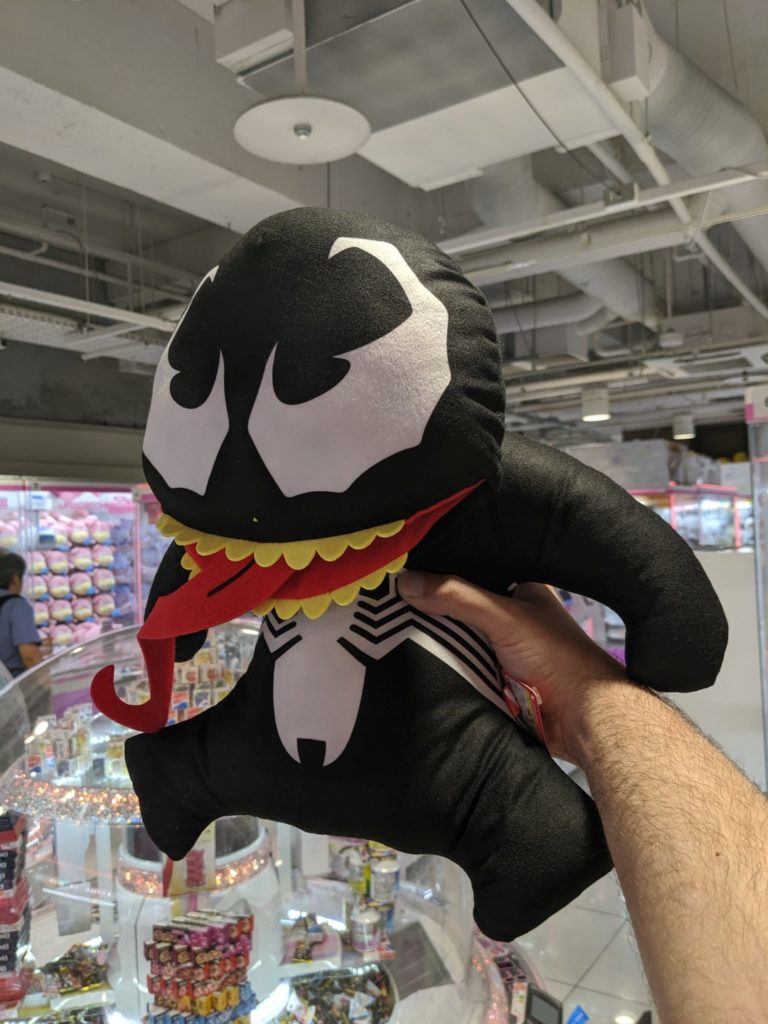 I managed to snag this Venom plushie in just a few tries and then the two of us worked together to win the big prize, a stack of candy worth probably about $35 at retail. We spent $12 on it, so I’m going to call it a win. It sure felt like it at that moment:

The magical moment when @piratesyar and I gained 19 packs of DARS and the admiration of an entire Game Center pic.twitter.com/DEBgqvT7Ni

With a bag weighed down with loot and a stomach full of beer, we decided to call it a night.

It was a simple day, but it was satisfying to experience a place I’ve spent literally hundreds of hours exploring in a video game and to find out that the resemblance is more than cosmetic. Sure, it’s not like random guys were running up to me and challenging me to fights, which is a good thing, but the layout, the colors, the vibe – it’s all strikingly well-rendered in-game, right down to the details in Golden Gai. If there’s one place in Tokyo that I’d want to re-visit, it’s Kabukicho.