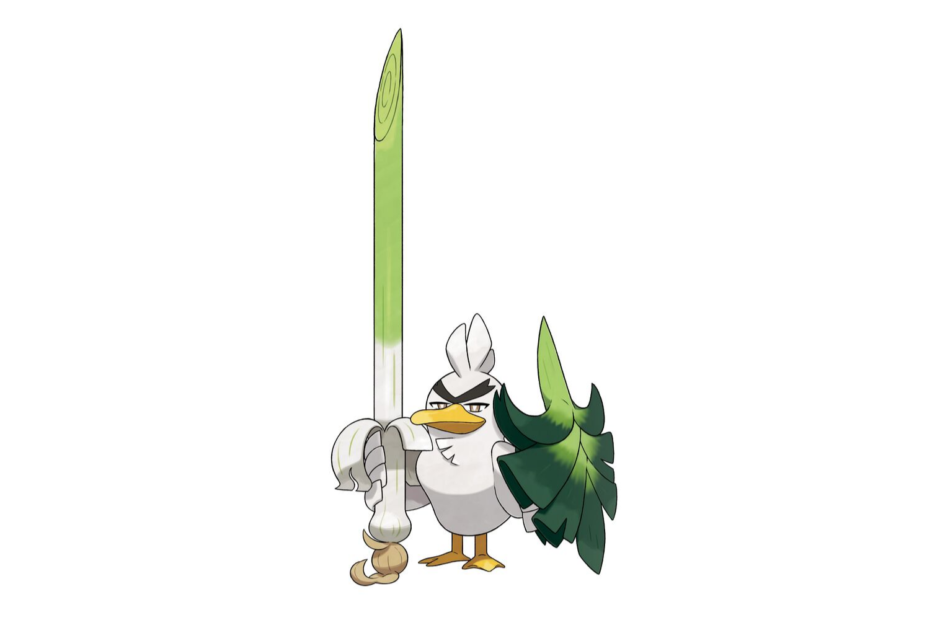 Farfetch’d is an original character in Pokémon games, but you might not recognize its evolutionary form.

Meet Sirfetch’d, who will debut in Pokémon Sword and Shield later this year. It’s an evolutionary form of the bird-based character known for carrying a leek stalk. Between the name and its appearance, there’s no doubt Sirfetch’d takes on a more mature, bulkier appearance.

Its leek stalk remains, and the weapon is longer and sharper than ever, acting as a lance. Thick leaves, meanwhile, make up its shield. The character put on some weight, too. While its old self weighed in at about 33lbs, Nintendo says Sirfetch’d is 258lbs. Sirfetch’d is ready for combat with its size and equipment. As the kids like to say, he’s ‘thicc.’ 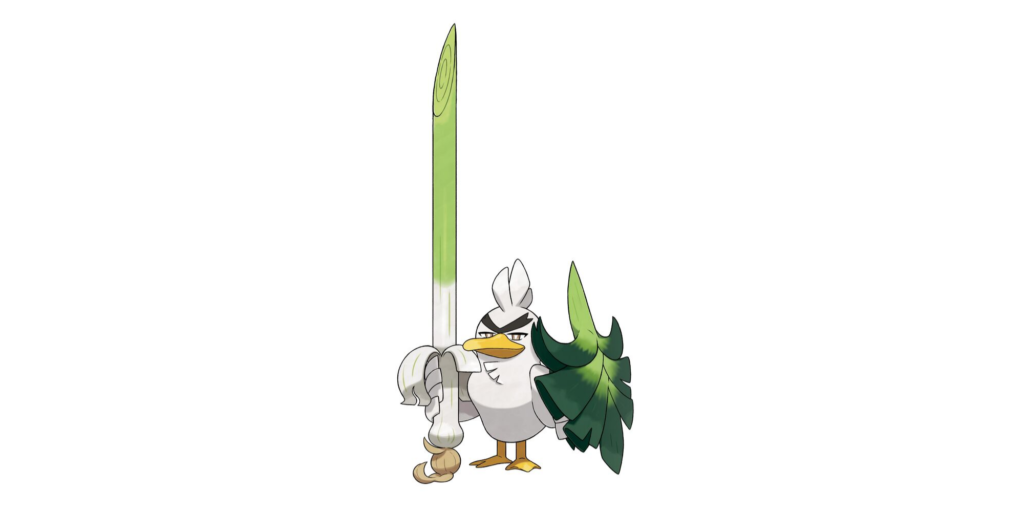 Just look at its smug face. You know there’s some serious damage about to be dished out. Sometimes, big things come in small packages.

Pokémon Sword and Shield will be released on Friday, November 15. 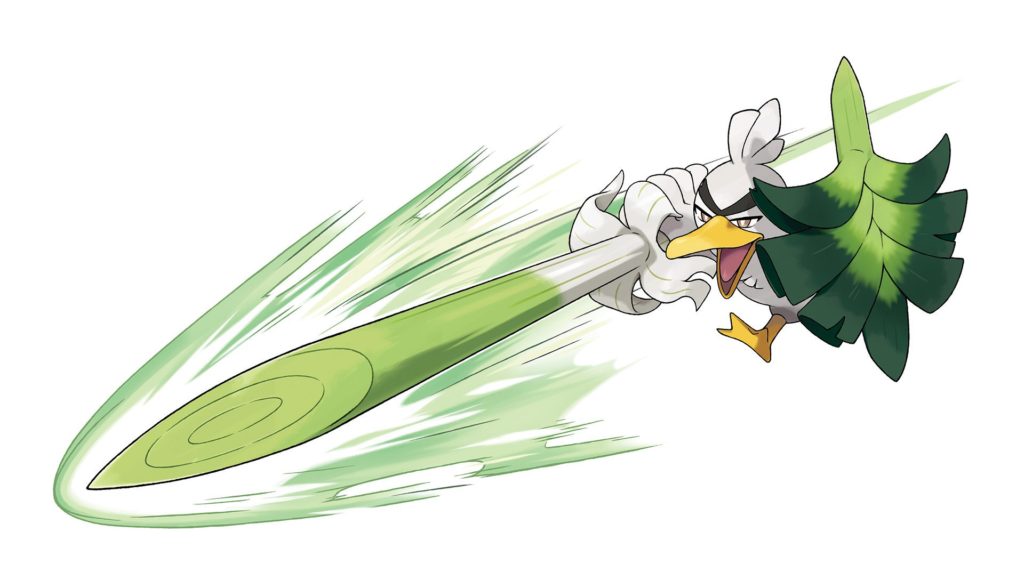