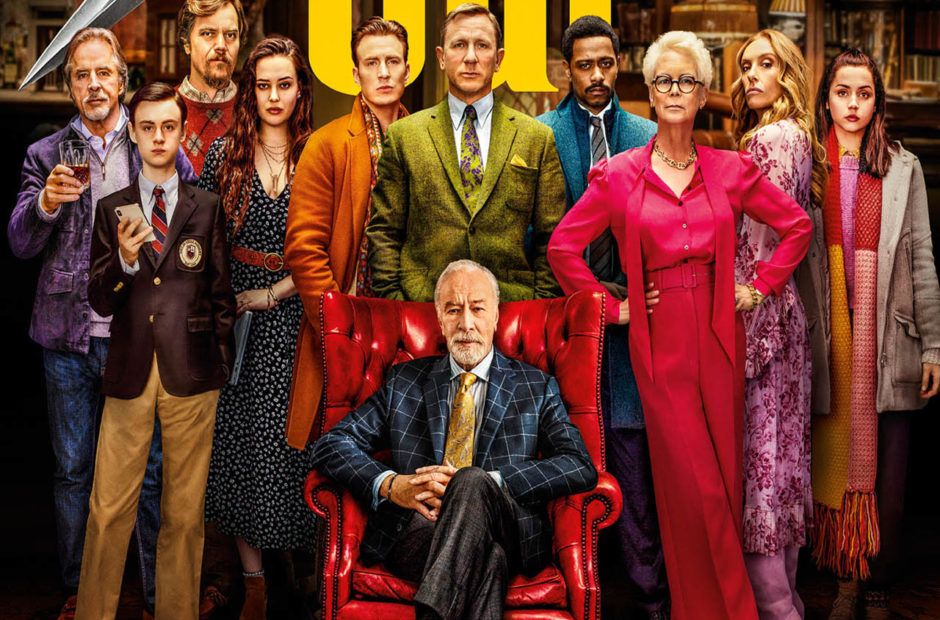 The final Knives Out trailer has been released, and it looks as though everyone is a suspect. Just the way it should be in a whodunit.

Rian Johnson is taking a break from the Star Wars universe to bring us an all-star whodunit. The cast is top-notch, and it looks as though all of them are having a blast in their roles. And if the film works out, Johnson has already said he could see doing more Detective Blanc (Daniel Craig) films.

I guess that kind of spoil he lives through the movie.

Acclaimed writer and director Rian Johnson (Brick, Looper, The Last Jedi) pays tribute to mystery mastermind Agatha Christie in KNIVES OUT, a fun, modern-day murder mystery where everyone is a suspect. When renowned crime novelist Harlan Thrombey (Christopher Plummer) is found dead at his estate just after his 85th birthday, the inquisitive and debonair Detective Benoit Blanc (Daniel Craig) is mysteriously enlisted to investigate. From Harlan’s dysfunctional family to his devoted staff, Blanc sifts through a web of red herrings and self-serving lies to uncover the truth behind Harlan’s untimely death. With an all-star ensemble cast including Chris Evans, Ana De Armas, Jamie Lee Curtis, Don Johnson, Michael Shannon, Toni Collette, LaKeith Stanfield, Katherine Langford and Jaeden Martell, KNIVES OUT is a witty and stylish whodunit guaranteed to keep audiences guessing until the very end.

Knives Out hits theaters on Nov. 27. 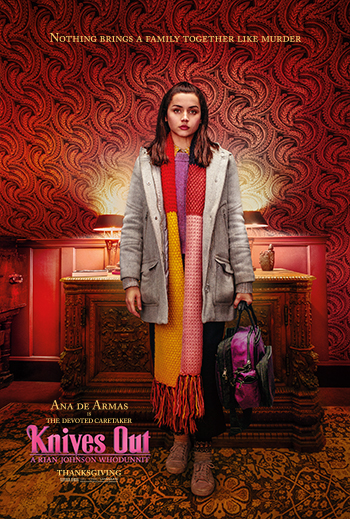