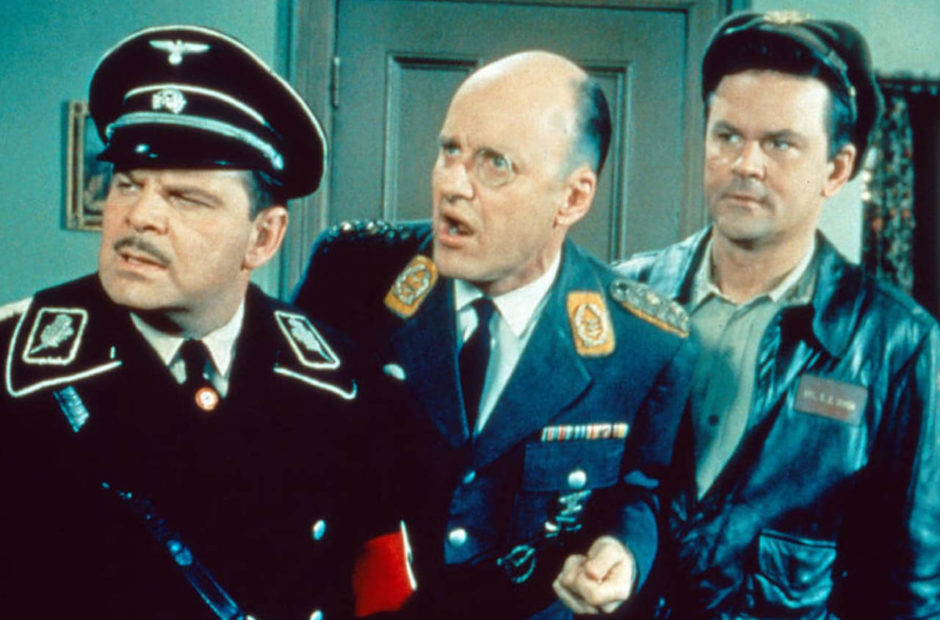 In may be one of the most surprising stories of the week, it would seem that a sequel to Hogan’s Heroes is in the works.

Yes, the series that ran from 1965 to 1971 on CBS. Yes, the one about a group of prisons of war running circles around their Nazi captors.

According to a report from Deadline, 89-year-old co-creator Albert S. Ruddy is working on the concept with Danny McBride and his producing partners David Gordon Green and Jody Hill. The new series would deal with the descendants of the original characters coming together for a global treasure hunt.

Currently, the series does not have a home and is just in the development stages.

If this was anyone other than McBride and his partners we may have skipped even covering this, but they are turning in to hit machines. They were the people responsible for bringing Halloween back in a big way.

This concept doesn’t sound that horrible, but you have to wonder why connect it to a property that is quickly fading from the cultural zeitgeist? A series about international treasure hunters is interesting on its own, why weigh it doen with a connection an older series?

We’ll just have to wait and see.