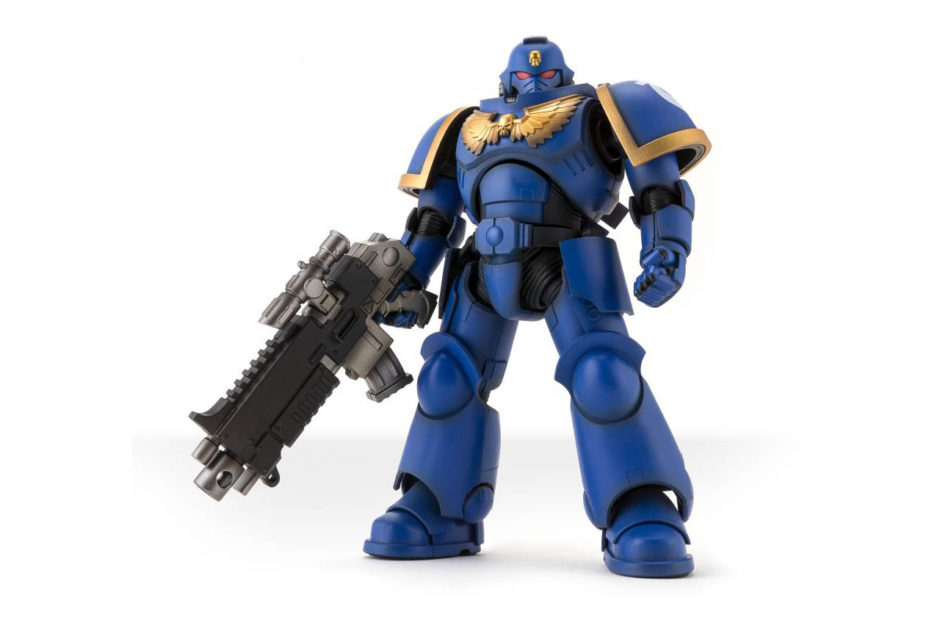 Games Workshop has teamed up with Bandai to produce a massive version of the infamous Space Marines from Warhammer 40,000.

The Space Marines are recognizable even to people who don’t know what they are from. They are distinctive and stick with you. For the first time ever an action figure is being produced that will stand 8-inches tall and feature over 50 points of articulation, 12 alone in each leg. It’s a stunning amount of possibility.

The figure is selling for $100, and will be limited to 9,000 units. Orders will be accepted through Nov. 2 and production will take place in the second quarter of 2020. The price is steep to be sure, but for this type of articulation, it’s about right in our books.

The Adeptus Astartes, commonly known as Space Marines, are incredibly powerful transhuman soldiers armed with potent weapons of war and power armour that allow them to go toe-to-toe with the unspeakable horrors of the 41st Millennium. They’re organised into over a thousand Chapters, each with their own heraldry, history and methods of warfare. The myths and legends of one such Chapter, the Ultramarines, reaches back over ten thousand years. Their unblemished record marks them out as shining examples of everything that makes the Adeptus Astartes Humanity’s greatest defence in a galaxy consumed by total war.

The distinctive armour and weaponry of the Space Marines have been explored in the form of miniatures for longer than Warhammer 40,000 has existed but never at this scale – until now. Our partners at Bandai have captured an unprecedented level of detail, yet deftly honoured every aspect of the iconic design that makes the Adeptus Astartes instantly recognisable. This incredible figure will be the pride your collection, displayed prominently on your shelf to amaze and inspire you for years to come. Of course, nobody could blame you for spending hours putting him into dynamic power poses and making pew-pew noises for his bolter – the figure is so well articulated that you can even pose him running or kneeling! All told, there are over 50 points of articulation – you’ll find 11 in the head and waist, 8 in each arm, and 12 in each leg.

This first of its kind action figure depicts an Ultramarines Primaris Intercessor – a brother of the 2nd Company, assigned to the 3rd Battleline Squad. This 8” figure is cast and assembled with the exceptional quality you’ve come to expect from Bandai, and painted to a very high standard with accurate markings and heraldry. He’s armed with a holy bolt rifle and vicious combat blade, including swappable, alternate open hands. This figure also comes complete with a display box that’s impressive in its own right, if you prefer to show it off with the seal intact. 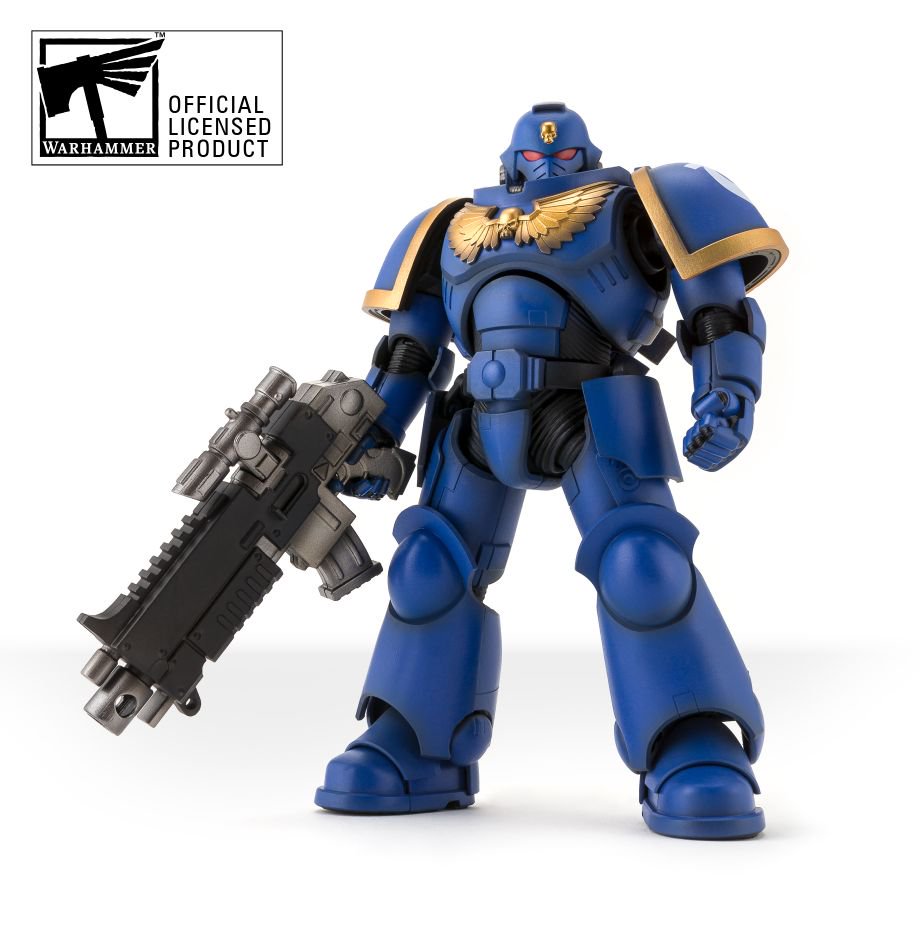