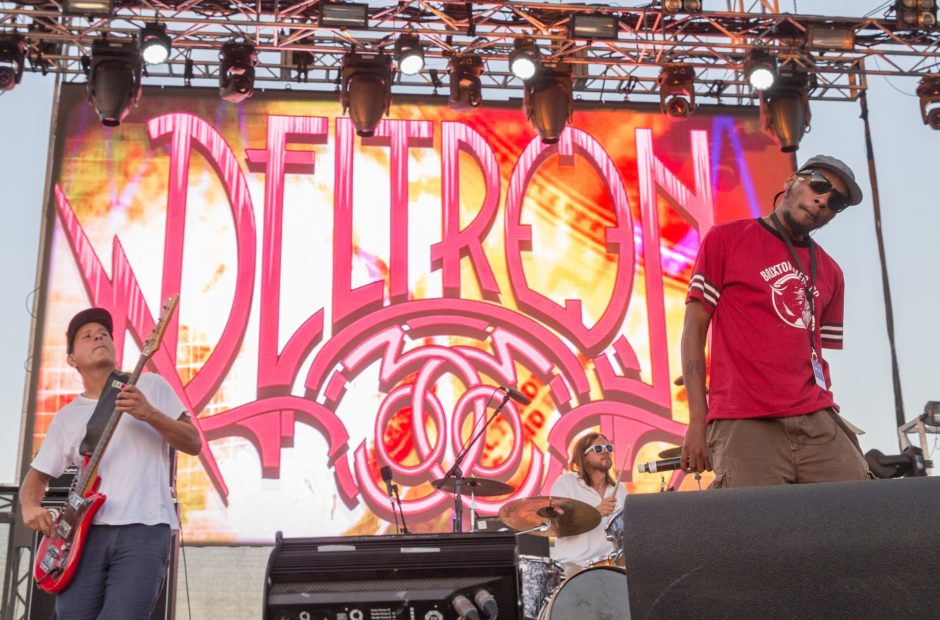 Here at the Nerdy, we like to get nerdy about just about anything we do. From video games to beer to board games to music. I’ve been a fan of hip hop from east coast to west coast for coming up on two decades now. In high school, it was angry metal and stuff like They Might Be Giants. College introduced me to hip hop, though, and I haven’t looked back. But you want to share the music you love, right? And  I find a lot of my fellow nerds have a tough time getting into hip hop for a number of reasons. So I’m here to offer up a few hip hop albums that break from the mold in different ways that might give you a way into a whole style of music you may not have touched. Maybe some day you’ll find yourself listening to ’36 Chambers’ or ‘The Chronic,’ but let’s not get ahead of ourselves. 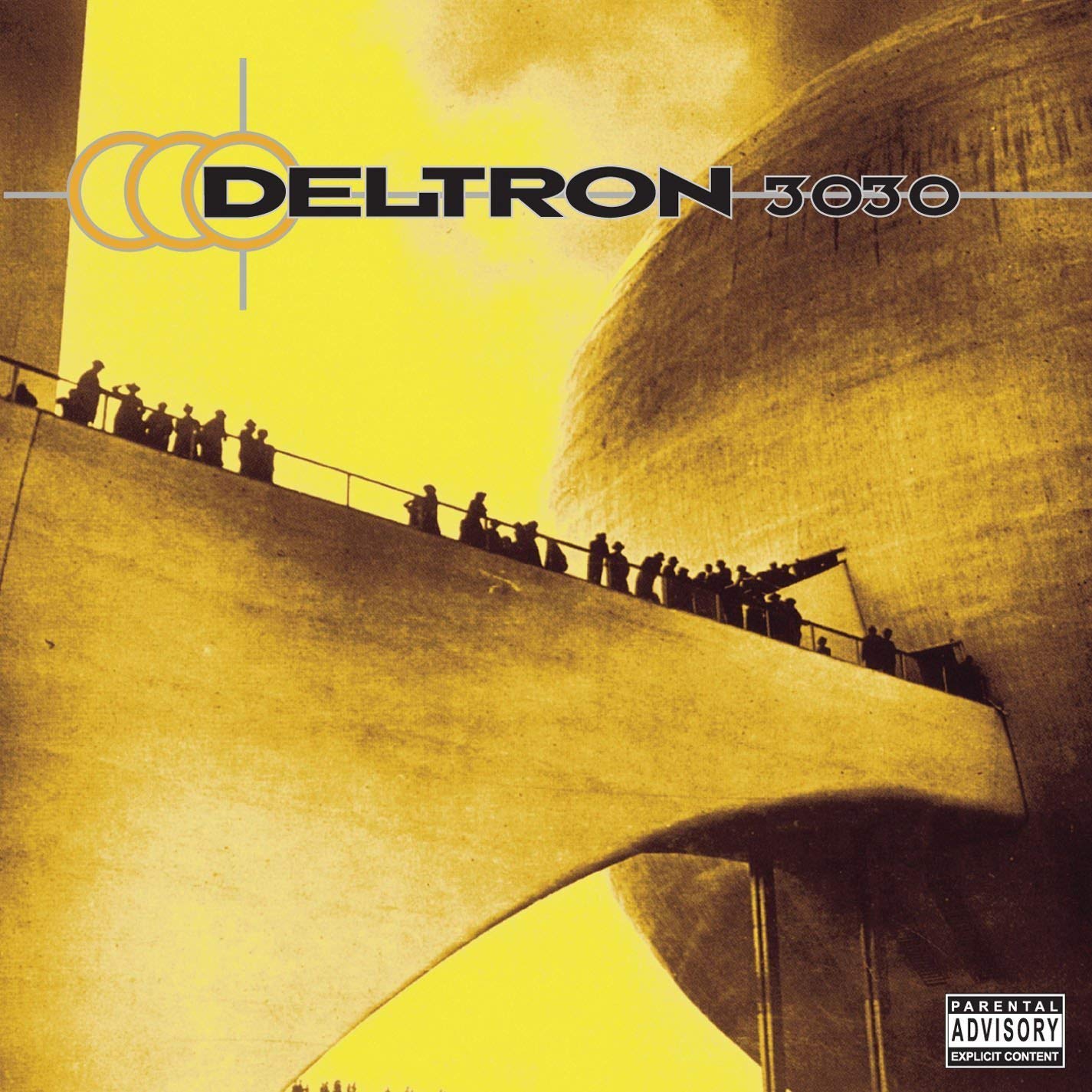 Rap, especially the mainstream stuff, has a reputation for focusing on topics such as drugs, money, and women. And that’s not totally unearned, but it hardly accounts for everything out there. Take ‘Deltron 3030,’ for example. Del the Funky Homosapien, Dan the Automator, and Kid Koala came together to form an epic rap trio back in the year 2000 that created one of the best concept albums in hip hop history. The self-titled album sends us to the year 3030, a post-apocalyptic world where half the world’s a desert and cannibals eat human brains for dessert. Mega-corporations control the world and keep people sedated with mindless entertainment.

Enter Deltron Zero: “I used to be a mech soldier but I didn’t respect orders, I had to step forward, tell them this ain’t for us.” Deltron rebels against the oppressive regime and becomes a vigilante hero. “My ears morphed to receptors to catch your / every word about gravity control / and families they hold for handsome ransoms / on the run with a handgun, blast bioforms; I am warned / that a planet-wide manhunt with cannons / will make me abandon my foolish plan of uprisin’ / f*** dyin’ I hijack a mech / control it with my magical chants, so battle advanced / through centuries of hip hop legacy mega speed.”

The album paints a picture of the world of 3030 with different brushes. One minute we’re hearing about a hacker’s plan to create a virus ‘strong enough to create blackouts in every single metropolis’ and the next we flip to a broadcast of an ancient 20th century film called Strange Brew. The album talks about oppression and survival while referencing Neuromancer, cyberware, mechs, and more through a hip-hop lens.

The world of 3030 sounds like a terrible place, but we know Deltron Zero and his crew are trying to tear the regime down. This was one of the first hip-hop albums I really got into, and it’s one I still listen to regularly so many years later.

If you love anime, try Logic’s ‘The Incredible True Story’

This is a bit of a stretch, but anime fans should dig what Logic is doing on ‘The Incredible True Story.’ While it isn’t the full-on concept album that ‘Deltron 3030’ is, it has a sort of framing device delivered through skits. 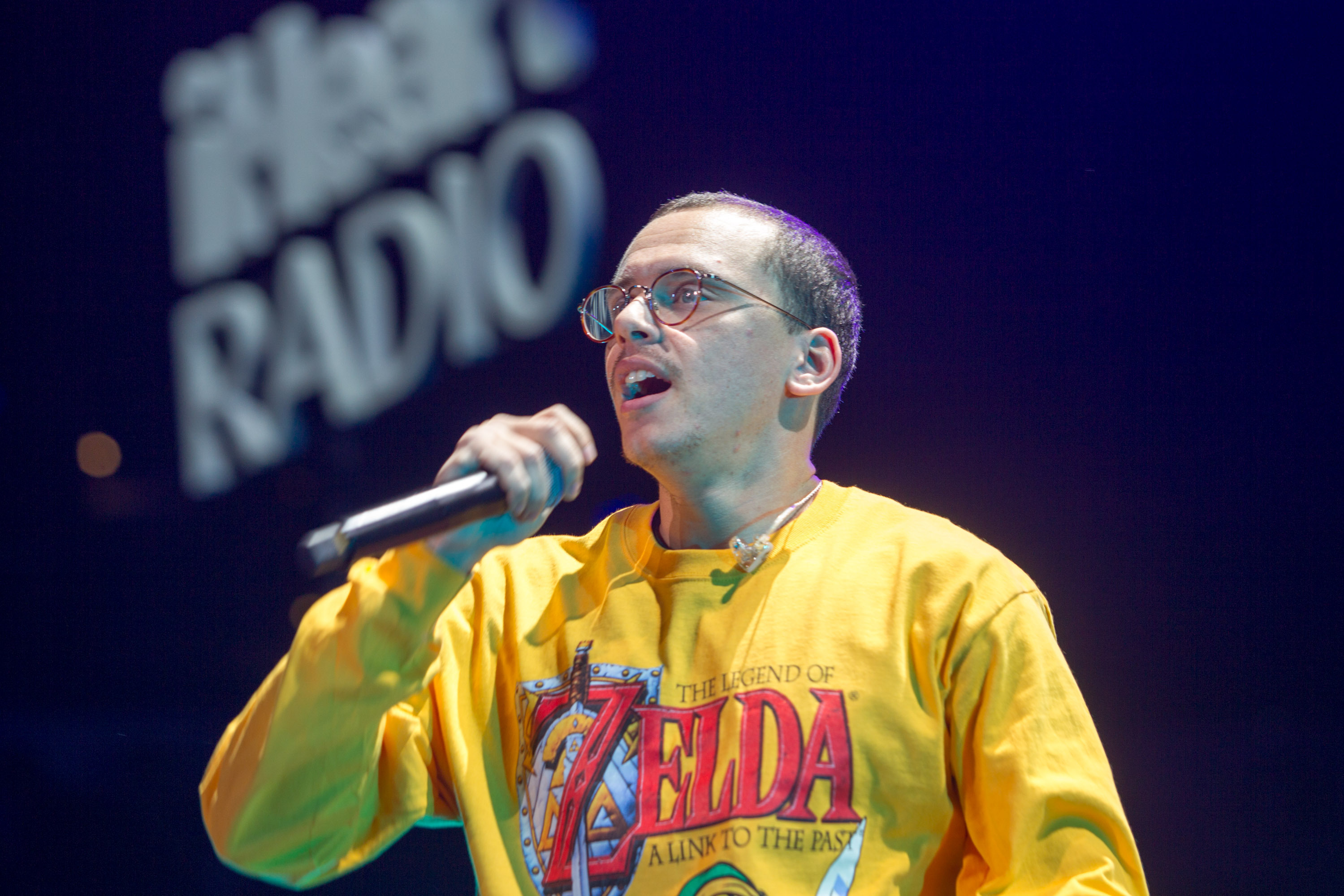 From the point of view of these skits, the album you’re listening to was released long, long ago, and had some massive effect on the time to follow, Bill-and-Ted-Wyld-Stallynz-style. Humans have left the planet earth in search of other life. These skits happen on the ship the Aquarius 3, piloted by Captain Quentin Thomas, voiced by Steve Blum. You might know him as the English-language voice of Spike Spiegel from Cowboy Bebop. Quentin and his crew narrate us through the story of their world between tracks, and his voice gives the story a dash of that Bebop flavor.

It’s a fun story, surrounded by Logic’s well-produced tracks. He raps at a pace that would leave lots of emcees gasping for air. He talks about a lot of the sort of topics you’re used to hearing in rap, but the framing device allows for some epic-sounding beats behind rhymes that might seem over the top on other albums. It’s a blast to listen to on its own, but the skits send it over the top. I almost always skip skits on rap albums, but not here. If you prefer Neil DeGrasse Tyson to Steve Blum, check out Logic’s follow-up album, ‘Everybody.’

If you love a good story, try Atmosphere’s ‘You Can’t Imagine How Much Fun We’re Having’ 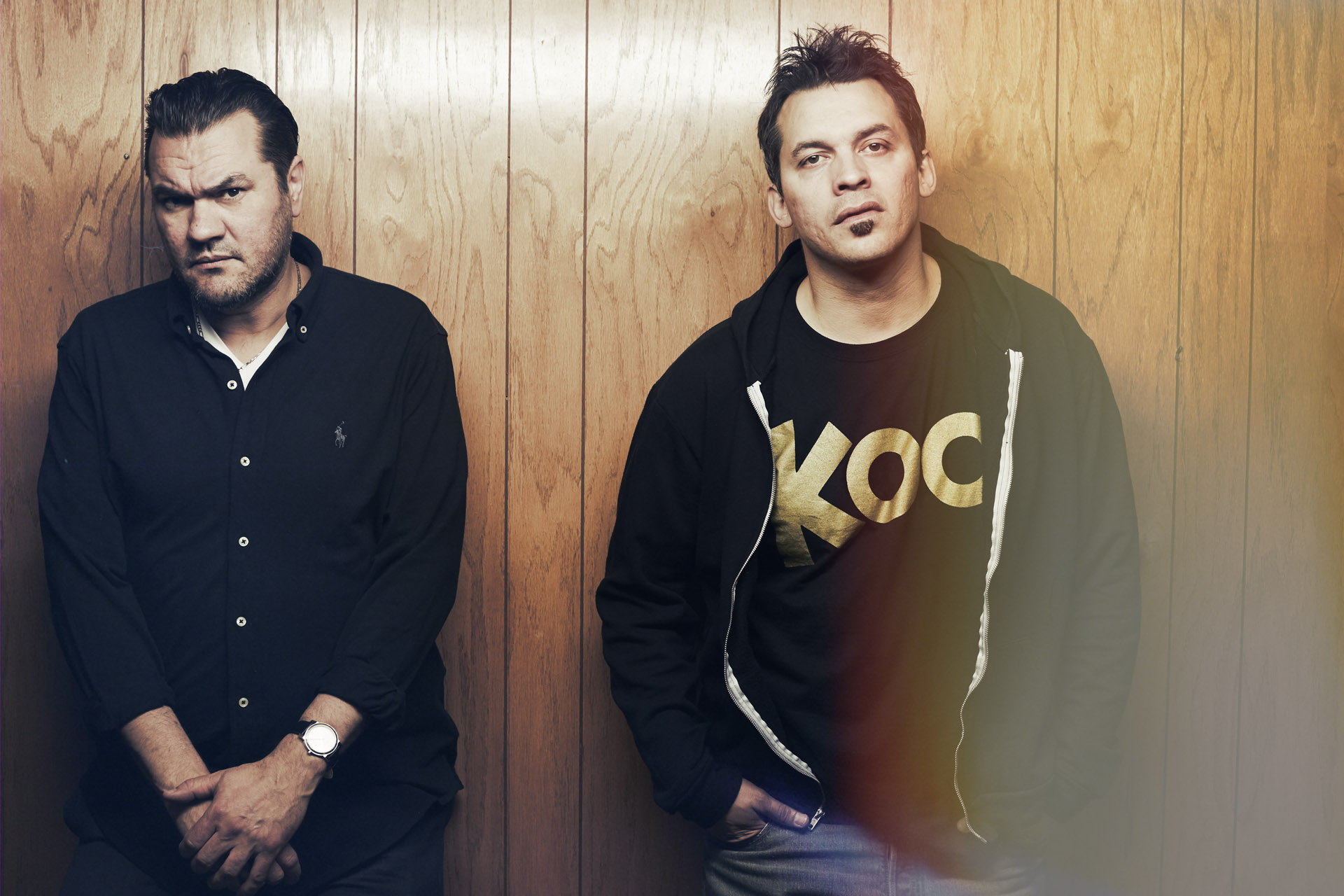 Atmosphere’s work is probably the biggest departure on here, but it’s still worth a look. This duo comes from Minneapolis, MN and takes a decidedly different angle on hip hop from what you might be used to hearing on the radio. Emcee Slug is a storyteller. He pokes fun at himself and at rap and rap culture while telling stories from his own life, such as his struggles to get over a woman he calls Lucy, to a song about a waitress’ daily struggles, about riding his bike to get over a hangover, about missing his deceased father, and about struggling to make ends meet.

It sounds grim, but it’s grounded. The over-the-top stories in mainstream rap albums can be a bit tough to listen to, but you can hear the grit and grime on Atmosphere’s tracks. There’s no bad place to start, but the 2005 album ‘You Can’t Imagine How Much Fun We’re Having’ is a solid place to begin. It mixes Slug’s talent for telling tough stories (‘Little Man’) with his flexibility in cranking the volume up (‘The Arrival’). For a darker tone with heavier stories, check out the duo’s follow-up, ‘When Life Gives You Lemons, You Paint That S*** Gold.’

If you love comedy, try Danger Doom’s ‘The Mouse and the Mask’

Maybe it’s the sound and beat of hip hop that you don’t like. I present to you just about anything in MF Doom’s catalog from ‘Mm.. Food’ to ‘Madvillainy.’ But most especially, his Adult Swim-themed collab with DJ Danger Mouse, ‘The Mouse and the Mask.’ The two artists combined Voltron-style to form Danger Doom for this one album, but they created something totally unique. 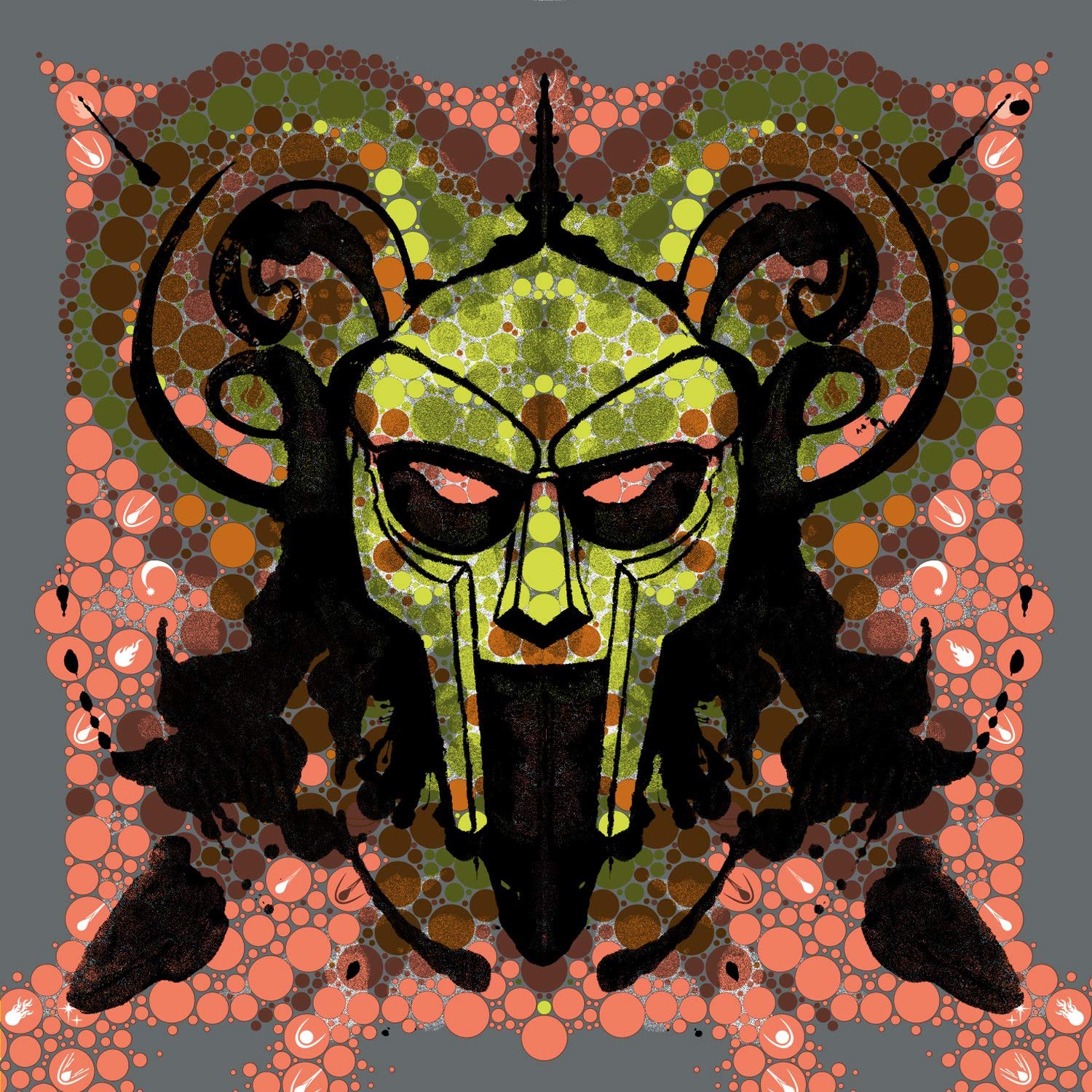 With the freedom to sample from anything and everything on Cartoon Network’s late-night programming block, the duo pulled inspiration from samples and music of these shows, making something that sounds simultaneously retro and fresh. It’s something new made out of something old.

But what really makes the whole thing stand out is how funny it is. MF Doom has a unique sense of humor and a flow unlike any other emcees out there. He sets up punchlines and then brakes and turns just before running headlong into them. Danger Mouse combines this with perfectly-chosen clips from Aqua Teen Hunger Force, Sea Lab 2021, and other Adult Swim classics.

The album opens with Brak questioning why you’d even buy this album, and then busts straight into Doom’s unique flow:

The super flow with more jokes than Bazooka Joe
A mix between Superfly Snuka and a superhoe
Chew a MC like El Chupa Nibre
Digest a group and sell the poop on eBay
Danger with the vest screamin “Shoot the DJ!”
DOOM clickin over two chickens, three-way
Four in the 5, a cork on the freeway
Villain find a way to make ’em pay whatever we say
State your intentions
“I really love your tape but I hate your inventions”
Very well – what you want, a brownie?
He took off the mask and whispered “Put me where you found me”

You can nod your head easily to it if you play it in the background, but you can also lose your mind laughing if you pay attention. I’ve laughed a ton while listening to hip hop albums, but it never feels as effortless as it does with Danger Doom.

If you love getting wordy, try Aesop Rock’s ‘Skelethon’

Or maybe you’ve listened to some mainstream rap and it seems like it’s all about the same two topics. You’re looking for something that challenges your brain even as you can’t help but move your body. There’s a lot of good stuff out there, but I’m going to suggest Aesop Rock. Aesop gets lost in a sea of words that quite literally dwarves pretty much everyone but the Wu-Tang Clan. Check out this chart from 2017 showing where different emcees sit on the vocabulary scale.

A huge vocabulary doesn’t make an emcee good all on its own, though – it’s how you use it. Here are the topics of just a few of his tracks over the years:

Sometimes it’s easy to pick out what a track is about. Blood Sandwich, despite the grotesque title, is simply Aes ruminating on his relationship with his older and younger brothers through some anecdotes about them. Other tracks, like Zero Dark Thirty, are harder to decipher. Sometimes Aes is cagey about exactly what songs mean, calling this particular track “his temper tantrum.”

The breadth of his vocab comes out in a track like “None Shall Pass” off the album of the same name:

Flash that buttery gold
Jittery zeitgeist, wither by the watering hole, what a patrol
What are we to Heart Huckabee, art fuckery suddenly
Not enough young in his lung for the water wings
Colorfully vulgar poacher, out of mulch
Like, “I’ma pull the pulse out a soldier and bolt.”
Fine, sign of the time we elapse
When a primate climb up a spine and attach
Eye for an eye, by the bog life swamps and vines
They get a rise out of frogs and flies
So when a dogfight’s hog-tied prize sort of costs a life
The mouths water on a fork and knife
And the allure isn’t right
No score on a war-torn beach
Where the cash cow’s actually beef
Blood turns wine when it leak for police
Like, “That’s not a riot; it’s a feast, let’s eat!”

The kind of tracks Aesop writes are the ones you can listen to over and over and find new things to like about tracks you liked before and reasons to like tracks you bounced off of before. Metaphors might not hit you just right at first, or something you read or watched might light up an arrangement you’d missed out on previously.

Aesop Rock fans will fight until the end of time over which album to start with. ‘Skelethon’ is a solid place to start that gets to the heart of his style while still offering accessible songs. 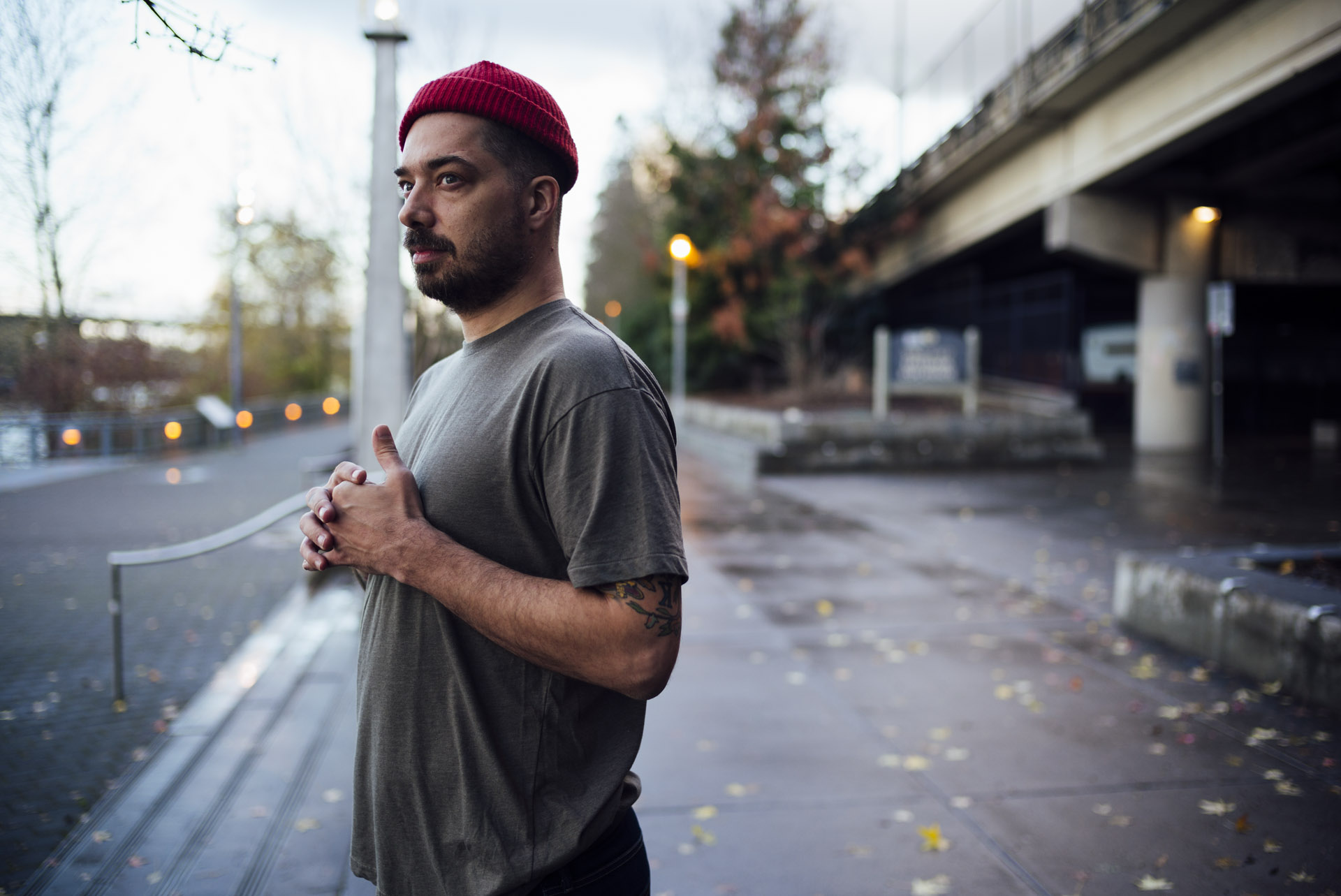 Have you checked out these artists or albums? What did I get wrong? What albums pulled you into rap and hip-hop, if any? Jump into the comments and let us know. 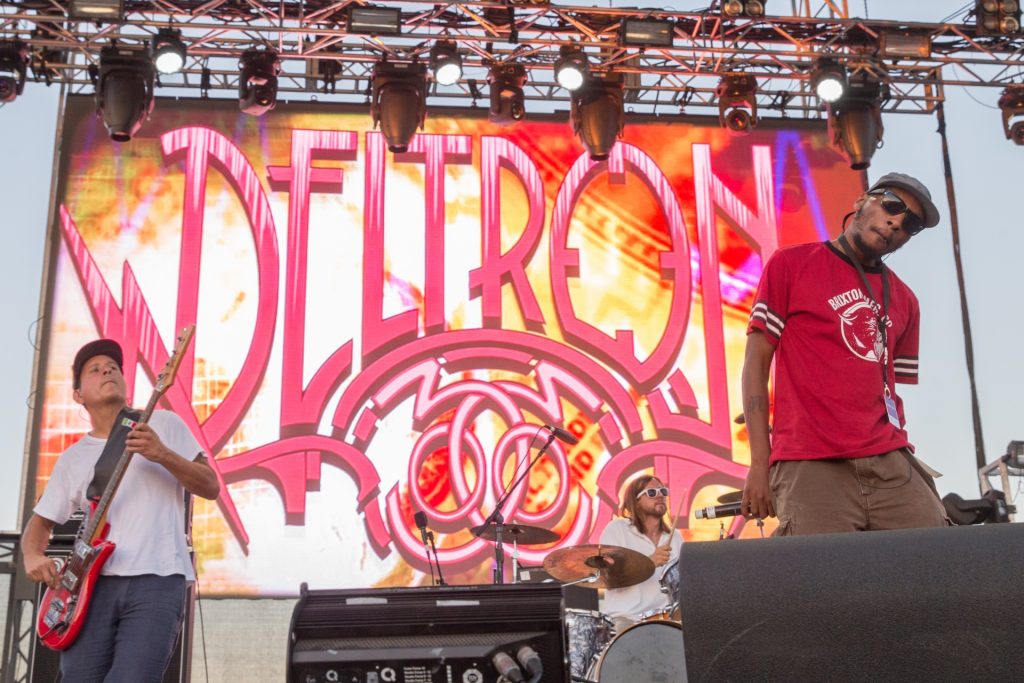