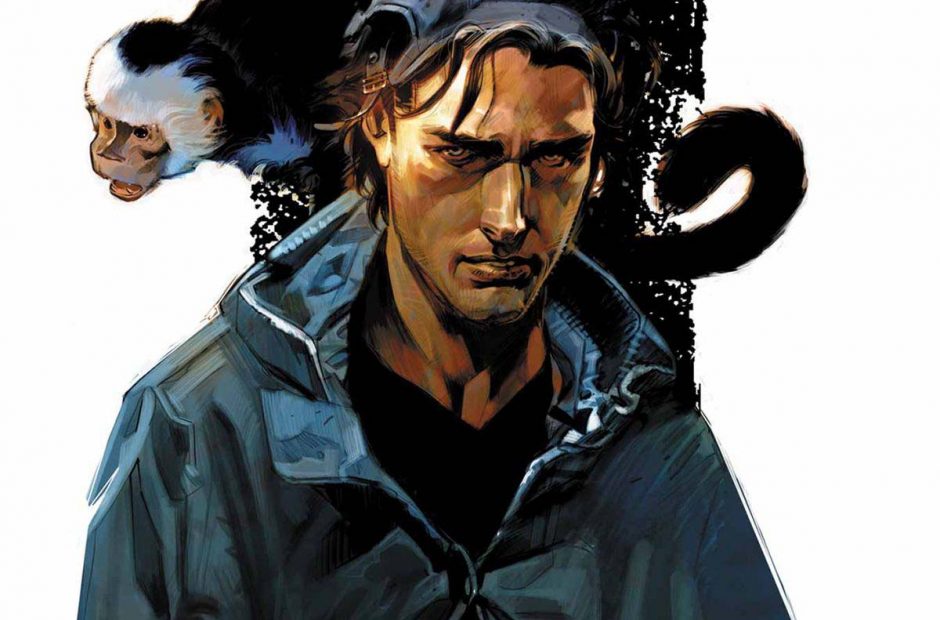 Y: The Last Man appears to finally be moving towards becoming an actual reality on our television screens as FX has announced the main cast has been selected.

Barry Keoghan (Dunkirk) has been cast at Yorick Brown, the titular “Y: The Last Man.” Joining him will be Diane Lane as Senator Jennifer Brown, Yorick’s mother, while Imogen Poots will round out the family as Hero Brown, Yorick’s sister.

If you are unfamiliar with the Brian K. Vaughn’s Y: The Last Man, it follows the story of Yorick who wakes up one morning to discover that he and his Capuchin monkey, Ampersand, are the last two male mammals on the planet. Every other mammal with a Y chromosome has mysteriously died, and he sets off to not only find the answers, but to also find somewhere safe to hide as multiple groups want to control him.

The original series began publication in 2002 and ran for 60 issues. It has been close to a movie or TV deal on multiple occasions, but this is the furthest any of those projects have progressed as of yet.

Of course, as with all TV production, the ordering of a pilot does not mean it will make it to air. Once the pilot is completed the network will take a look at the episode and then make a decision if it should move forward with it. There are still several steps before we see this on our screens.