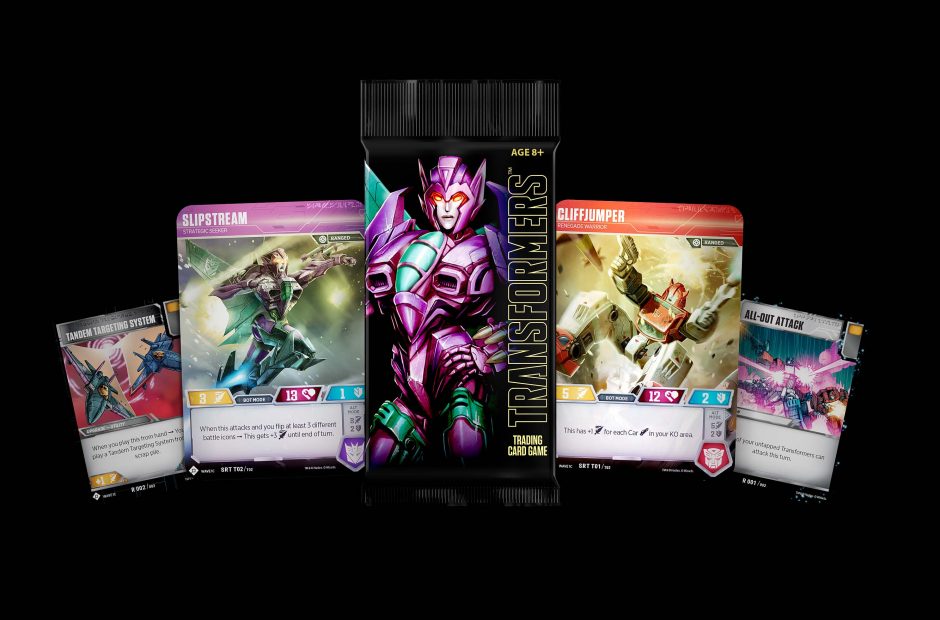 Wizards of the Coast announced its new Transformers Trading Card Game is making its way to San Diego Comic-Con. The yet-to-be-released game will have four unique cards on sale at the annual entertainment celebration. The same unique cards will also appear at Gen Con and in limited quantities on HasbroToyShop.com.

I have to say the card mechanics have my attention. Apparently, the actual Transformers cards are twice the size of other cards in the game and somehow they flip back and forth between bot-mode and alt-mode. Color us intrigued to see how that works.

If you’re at Comic-Con or Gen Con, make sure to swing by and pick up these con exclusive cards. If for no other reason the artworks looks fantastic.

The general release of the Transformers TCG is slated for Sept. 28 in the U.S. and later in the year for the rest of the world. 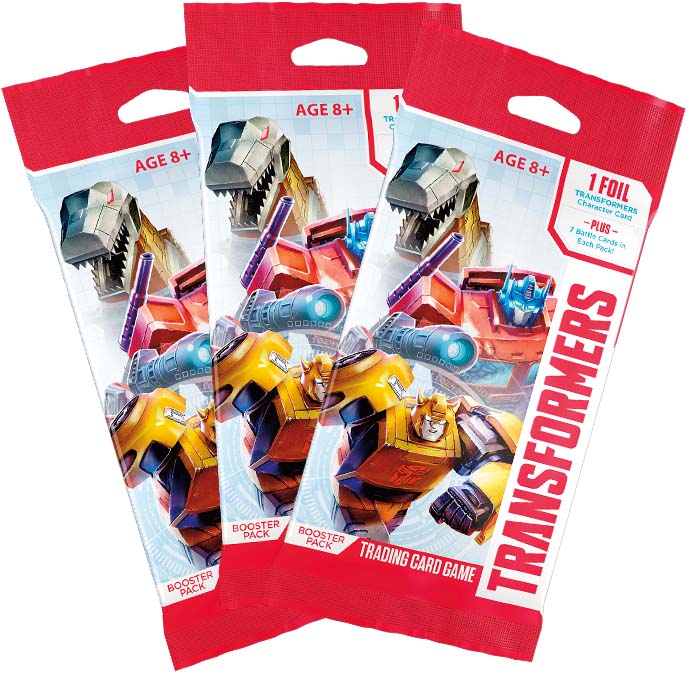 IS MORE THAN MEETS THE EYE

TRANSFORMERS TCG from Hasbro and Wizards of the Coast to Launch Later in 2018; Fans to Get Sneak Peek with Convention Edition Item at San Diego Comic-Con and Gen Con

PAWTUCKET, RI AND RENTON, WA–JULY 10, 2018 – Hasbro, Inc., a global play and entertainment company, and Wizards of the Coast, a subsidiary of Hasbro and the publishers of the seminal trading card game Magic: The Gathering, provided more details today  about a trading card game inspired by Hasbro’s iconic TRANSFORMERS franchise: the TRANSFORMERS Trading Card Game. Designed for players ages 8 and up, the TRANSFORMERS Trading Card Game will be available for purchase in the United States and certain other markets later in 2018.

“The TCG format lets us pull TRANSFORMERS characters from across the brand’s massive history. From Bumblebee to Sunstorm – the game is digging deep into the TRANSFORMERS lore,” said Drew Nolosco, TRANSFORMERS Trading Card Game Brand Manager. “We can even focus on different aspects of the same character. Optimus Prime, for example, is immensely powerful in combat, but he’s also a master tactician. The Transformers TCG will let players explore the characters’ depth through engaging and tactical gameplay.”

At launch, TRANSFORMERS fans can look forward to the following: