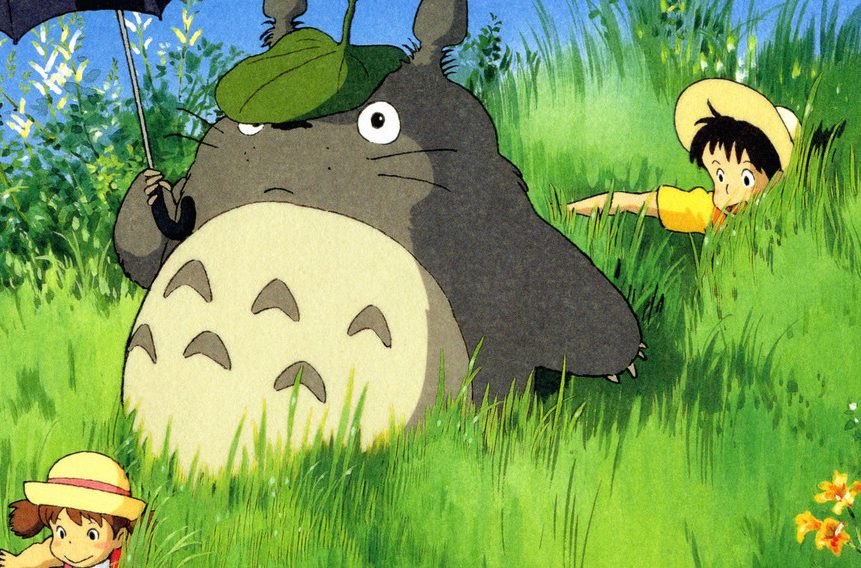 Here at The Nerdy, we are going to be exploring and discussing a good many nerdy topics that are free from the constraints of smartphones and “tech.” This outlet will hopefully be as beneficial for you to read as it is for me to get some ideas off of my chest and educate you in a few areas I feel strong enough to write about.

And what a better way for me to re-introduce myself than through the Internet’s favorite medium: the Top 5 list! We’ll keep this relatively simple, using this as a way to discuss the topics I’m most excited about approaching through The Nerdy. 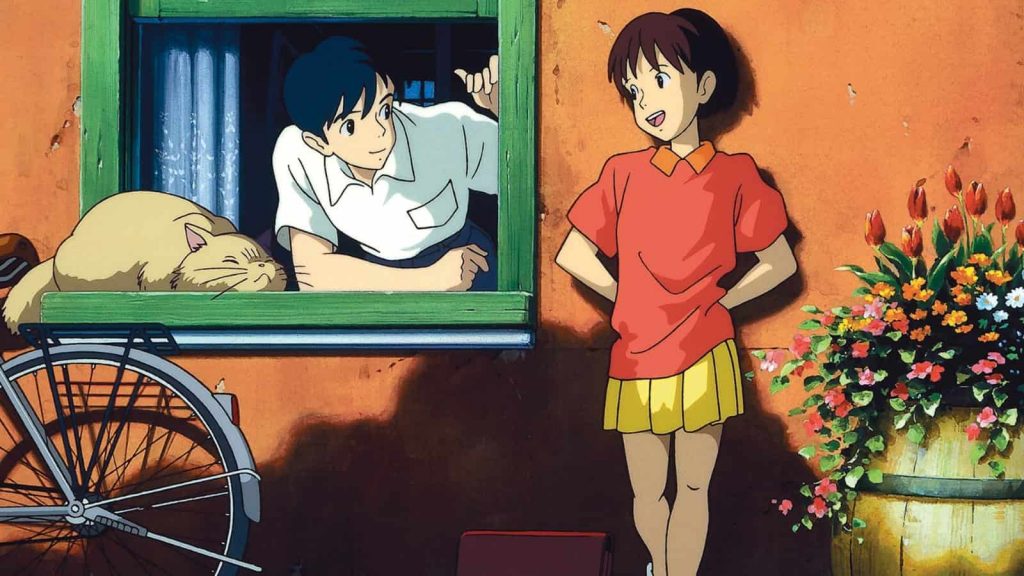 Yes, while I am not going to be extensively covering video games as I did over at TechnoBuffalo, my passion and love for the JRPG genre and Final Fantasy will be carried over with me. Square Enix hit a nice stride with Final Fantasy XV and its abundance of expansions, and we’re hoping to see that continue in the coming years.

And seeing that I have discussed my favorite Final Fantasy games on many occasions over at TechnoBuffalo, I’m going to do something a little different here by rolling out my favorite classic Final Fantasy job classes.

I’m not sure why, but gathering the spells of my foes has always been my bread and butter of the Final Fantasy series. Something about Water and Air elements, Barrier and Magic Barriers wrapped into a single spell, and all the other weird thing monster magic can do tingles the RPG experimentalist inside of me.

Plus, it’s plain torture on my completionist soul as well.

I’ve made this pretty clear over the years, but modern video gaming doesn’t do it quite so much for me anymore. As a new parent, I have limited time to sit and enjoy an adventures, and when I do, I want to be sure it’s something that I’ll enjoy. Nothing feels worse than sinking 15 hours into a AAA game and having wasted my time and money by not enjoying it. I have plenty of new experiences waiting for me beyond the realm of video games as I raise my son, so I instead prefer to focus on safe video game experiences that I know I’ll enoy and already mean a lot to me.

Generally, this applies to games from the mid to late 90s. Super Nintendo games, PlayStation games, Pokemon and Game Boy games, all usually leaning on the Nintendo/Squaresoft/JRPG side of things. It doesn’t get any better than the years 1996 through 1999 for me. I am a slave to my nostalgia, and I’ve never been shy one bit about it.

For this Top 5, I’m going to to focus again on the JRPG genre, this time spelling out my favorite games from B-tier retro JRPG franchises. By this, I mean nothing that remains popular to this day or has enjoyed universal or mainstream success. No Final Fantasy, Fire Emblem, Chrono Trigger, Persona, Dragon Quest, or Pokémon, you know, the games you always read about.

I’ve ranted and raved about Suikoden quite a bit over the years, and that is a love that will remain with me until I am in the grave and resurrected as one of the 108 Stars of Destiny. Konami’s classic series just got a nod from the Nintendo 3DS game The Alliance Alive, which was penned by its creator.

My tumultuous two-decades-long relationship with SaGa Frontier is also well documented over at TechnoBuffalo.

As for the others, Star Ocean: The Second Story is a masterpiece in a lame duck franchise, Breath of Fire III lands as the peak of my nostalgia from a series I’ve always felt best defined “B-tier”, and Lufia 2: Rise of the Sinistrals was the first time I broke away from the so-called A-tier games.

All fun, all worthy of replay in this busy life style.

Sadly, I no longer reside in Japan. I moved back to the United States three months ago with my wife and son, and we are currently looking to find a routine to help adjust to our new settings. It’s been quite a change, one we feel will ultimately benefit us and our offspring.

However, don’t think for a second that I don’t miss Japan and all my adventures there. I spent ten years in the country, nearly a third of my life, and I’ve been to towns, mountains, and backwater areas primarily in the Western half of the country that tourists rarely get the chance to seek out.

Breakaway from Tokyo and Kyoto and be sure to hit up these small towns the next time you travel to Japan, you lucky lucky person.

Shimanto houses the river delta of the Shimantogawa, Japan’s only river that does not have a dam. In the summer months, you’ll find great swimming and delicious “katsuonotakaki,” the town’s specialty style of fish.

Onomichi is a picturesque seaside town on the shores of the beautiful Seto Inland Sea just east of Hiroshima. Famous cooking around the town brings in tourists, but it is also well known for its film history. One of Japan’s most iconic and prolific director’s Ozu Yasujiro used the town in many of his films and also took many trips there.

Nakatsugawa heads up into the mountains of Nagano Prefecture, and while it’s famous for chestnuts, it also grants easy access to world-class hot spring “onsen” resorts and the old Nakasendo trading route from Tokyo to Kyoto. The pictured image is of Magomejuku, a town along the old trail that might be the most beautiful place I went in Japan.

Katsuyama resides along the inner bend of Japan in the mountains of Fukui Prefecture. This little tucked away townhouses quite a bit really, everything from onsen resorts and huge temples to excellent ski slopes and Japan’s largest and most famous Dinosaur museum.

Finally, Tsuyama is where my dear grandmother-in-law lives. It’s nice to know that my own slice of the Japanese countryside is always waiting for me when the pressures of the USA start to get to me.

A dominant force in my life over the last few years, Magic the Gathering re-entered my consciousness after years of being dormant. I picked it up again with Origins after having not played since the days of Mirage and Tempest back in the mid-90s. Granted, I’m not the kind of world-class player you can find on other websites, but I’m excited to bring an everyman approach to the game and share my opinions and strategies with you.

Hopefully, we can improve together and keep things civil.

And, as most Magic gamers know, you are best defined by the color combinations you enjoy the most, so here are my Top 5 Color Combinations in Magic: The Gathering.

Traditionally, I’m a Green player. There is a mono-Green deck in Standard right now that has me crushing opponents at Friday Night Magic. I’m down for combining Green with most of the other colors, too. Everyone loves a big Green/Red kid deck, myself included. White/Green “go wide” decks are my favorite Commander style of play, and quirky Green/Black decks always pique my interest. Amonkhet‘s Hapatra -1/-1 counters deck, Shadow over Innistrad’s Delirium deck, and the current Dominaria Saprolings decks are a lot of fun.

While I do like the idea of Simic, Green and Blue, its powerful cards haven’t exactly gelled into much of an identity over the last few years. Not since the Blue/Green Clues deck in Shadows Over Innistrad have I been high on the combination. Merfolk in Ixalan was decent, but meh, I was more into Vampires and Pirates.

Breaking away from Green, I love me a good Red and Blue spells deck. Right now, we have Blue/Red Improvise, Blue/Red Pirates, and Blue/Red Wizards, all of which are a blast to play. Prowess is also a killer evergreen mechanic. As for Black and White, my first deck after getting back into Magic was the awesome White/Black Allies Lifegain deck in Battle for Zendikar, one of the few I’ve kept totally intact over the years.

White/Black is also where I tend to end up in Draft and Sealed games.

While I want to cover more topics, I’ll close with this one. I’ll preface it by saying I’m not nearly as into anime as I was back in college. Ten years of actually being in Japan helped cure me of that obsession. However, I still do enjoy an occasional series, jump back into an old favorite from the anime boom days of the early 2000’s, and often seek out quality films like Your Name.

Like most watchers my age, I started watching anime back when Dragon Ball Z began airing on Toonami every weekday afternoon at 5:00 PM. Through that, I picked up other series’ like Outlaw Star, Gundam Wing, and several other shows before anime turned to late night on Adult Swim and DVDs entered the American market. After that, man… Rurouni Kenshin, Trigun, Cowboy Bebop, these shows are still my jam.

The last series I sat through entirely was Samurai Champloo, so you can tell how removed I am from anime. However, if I write about it and keep up with it, it can help fill the Japan-shaped hole in my heart.

And just for simplicity sake, let’s do Top 5 Ghibli movies, just because…

In recent years, Ghibli hasn’t done that much for me, but I was a huge fan of Up On Poppy Hill, which is the only film since Spirited Away which might crack a Top 10 list.