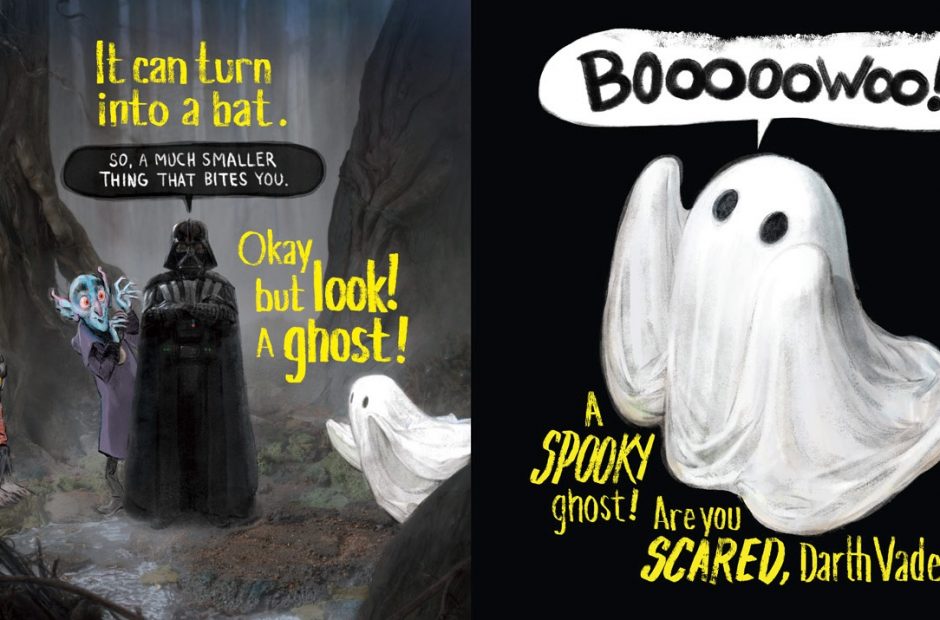 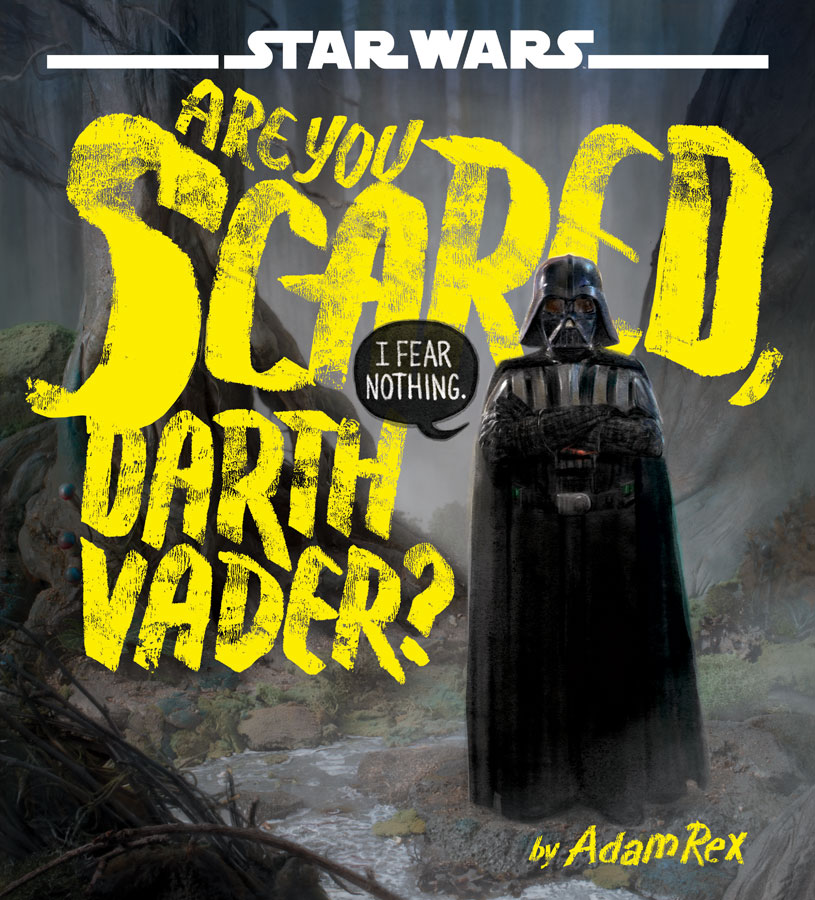 Darth Vader is the most fearsome Sith Lord in the galaxy, so does anything frighten him? A new book from Lucasfilm asks this very question, and as you’d expect, Vader fears nothing—except maybe spoilers. And sand.

Written and drawn by artist Adam Rex, the book is a charming and delightful journey into the mind of Vader and the nature of fear. We already knew Vader was a tragic figure, but the book helps illuminate more aspects of his personality and his dire outlook on life.

StarWars.com conducted an interview with Rex, who explained his approach to the subject matter.

StarWars.com: More than just portraying Darth Vader as someone without many of the fears that we might have, you also show the more tragic side of him — what makes this Lord of the Sith a bit more sympathetic to the audience?

Adam Rex: You could argue we weren’t really meant to have any empathy for him until at least the end of Empire Strikes Back, but I think audiences have felt something for him all along. I don’t know — it’s hard to remember. But again, I think it’s the way the mask and the armor let us fill in some of the mystery ourselves. He wasn’t just a bad guy, he was our bad guy.

StarWars.com: A lot of your books, like Frankenstein Makes a Sandwich and The True Meaning of Smekday, take scary concepts like monsters or alien invasions and put a humorous slant on them for children? How do humor and horror interact?

Adam Rex: Well, they’re both largely about thwarted expectations. Something happens that contradicts the way things are “supposed to be,” and people who study this stuff tell you if that contradiction seems subsequently safe, you get humor. Otherwise, you get horror. I think that’s a big oversimplification, but I also think it sounded kind of smart, and I want your readers to think I’m smart.

Although the book is tailored for children, it’s more insightful than it first appears. And how can you not fall in love with the art? Are You Scared, Darth Vader? is available now through Amazon for $17.99.

Order This From Amazon