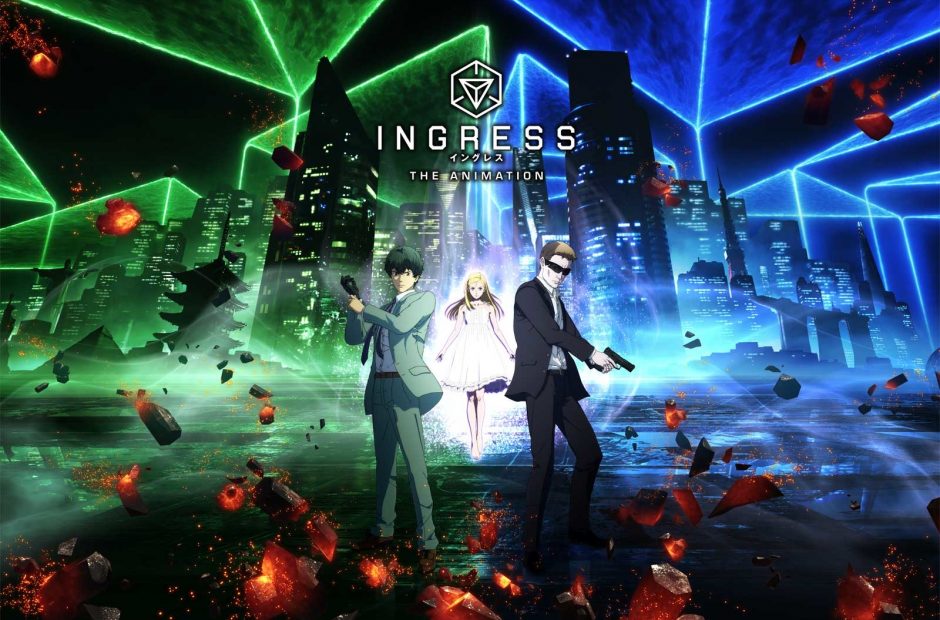 Pokémon GO might have been an overnight sensation, but the development team at Niantic certainly wasn’t. Before it was throwing its ball into Nintendo’s court, the company made it big with a little mobile phone augmented reality game called Ingress. Similar to Pokémon GO, it tasked players with traveling the world, looking for real-world points that were represented in the game as portals.

This GPS-backed idea, tied to a stylish sci-fi setting that pits two sci-fi clans against one another, is the basis for a new Ingress anime that is in development right now. Niantic founder John Hanke confirmed with Variety that the project is currently underway and will air on Netflix this fall.

“Ingress: The Animation” will created by animation studio Crafter under the direction of noted computer-graphics artist Yuhei Sakuragi and with character design by “Neon Genesis Evangelion’s” art director Takeshi Honda. Fuji TV is working with Netflix to deliver the anime worldwide.

“The anime peers into the ‘Ingress’ universe and allows viewers to see a part of that universe that is uniquely expressed.”

The show is also being used to hype Ingress Prime, Niantic’s upcoming sequel that is expected to launch in October.

Niantic has had its ups and downs with Pokémon GO, mostly thanks to being launched into super-stardom and learning how to deal with fame as it came to them. However, most would agree that Pokémon GO is a much better experience than it was two years ago…

…the point being that not a lot have gone back to really find the game’s roots in Ingress. The game is somewhat lost on mainstream players behind the barrier of a titantic media franchise.

That’s a bit of a shame since the series has always used a slick aesthetic and soundtrack to present its gameplay with. The lore is there, the setting is there, the rules are all there. This anime basically writes itself and can only be derailed by creating annoying personalities to express it with. Niantic claims it wants to retool the Ingress universe and tweak it for a larger audience.

Henke hopes the anime will help flesh the changes out.

“There will be familiar characters and situations that have become famous in the game, but they will be experienced through a fresh interpretation with new characters, new actors. Think of it like a reboot of a superhero franchise.”

With proper writers and quality animation, Ingress could be the anime it needs to help establish the franchise, since that’s now what it is, as something other than “the roots for Pokémon GO.”

Ingress will air on Netflix this coming fall, and Ingress Prime will be available to play this October.