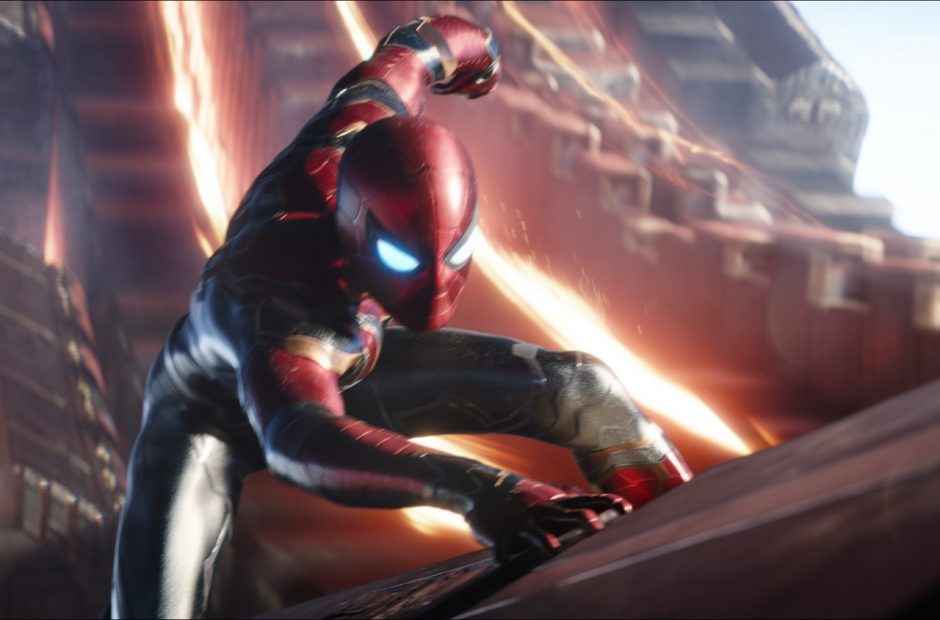 Tom Holland has been in New York City the past few weeks, where he recently wrapped filming for Spider-Man: Far From Home. To commemorate the occasion, the actor appeared on Jimmy Kimmel Live! in Spider-Man’s brand new black and red suit.

It marked the first official debut of Spider-Man’s new suit, which we’ve seen on multiple occasions thanks to a series of photos across the web (no pun intended). It’s a really cool suit that’s full of impressive detail—including etching on the arms and torso.

It’s a fun appearance from Holland because he doesn’t just show up on the show to say he has a new movie coming out. When the skit begins, Kimmel’s longtime sidekick Guillermo comes on stage wearing Spider-Man’s iconic mask, pretending to be Spider-Man.

That’s when Holland enters wearing a traffic cone over his head. When he finally takes the cone off, the audience realizes that it’s actually Holland and not some stand-in.

Naturally, Kimmel asks Holland how he could possibly have a sequel coming out next summer when Holland’s Spider-Man was turned to dust in Avengers: Infinity War. Holland completely dodges the question by saying he has to stop Thanos from robbing a bank.

We’ll find out how Spidey comes back to life when Avengers 4 hits theaters on May 3, 2019. Then, audiences will see his second solo film when Spider-Man: Far From Home hits theaters on July 5, 2019.