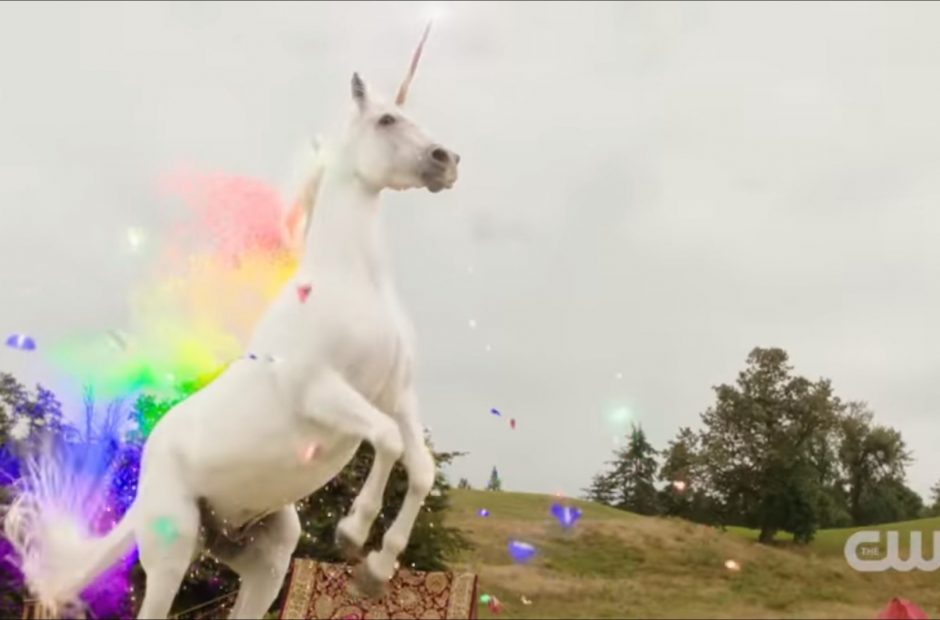 It’s not even a contest. The show that should never have existed is the CW’s best show, and season 4 is all but a sure thing. The new trailer that dropped ahead of the season premiere next week proves it in spades.

Here’s some background for what’s going on. It’s so wild that I don’t think it even counts as spoilers. Last year, the team fought an ancient evil called Mallus (Not Malice, not phallus). They chased him through a bunch of anachronisms, like Julius Caesar showing up at a huge party called the Aruba-Con and meeting and then dropping Helen of Troy off at a certain Amazonian-inhabited island. Let’s not forget the episode where the team kidnapped real actor John Noble to make him pretend to be the voice of Mallus, whose voice he provides for the show. Finally, though, the team had to put their spirit totems together to summon something that could fight an ancient evil. In a moment the Ghostbusters would be proud of, they summoned a gigantic version of the cuddly fictional kids toy, Beebo.

It’s just as stupid and perfect as it sounds.

Well, beating the snot out of an evil time demon apparently broke some things. Magical creatures and beings are appearing throughout time, and the Legends have to put things back in order with a little help from some Brit named Johnny.

There’s so much going on in this trailer that it’s hard to know where to start. A unicorn gores a hippy. A murderpuppet modeled after the team’s dead friend. Ray Palmer with a mustache. Tom Wilson looking very “Gordon Cole.” John Constantine as a camp counselor.

Once again it seems the writers are using a “we broke everything” story to justify the team romping around time. It sounds like The Flash at a glance – breaking time travel stuff, having to run around and fix everything. But the difference here is that while The Flash tries to be earnest, Legends of Tomorrow wants to turn Mick Rory into a pig and make jokes about it. It’s the jester of the CW DC universe, parroting back the things Arrow, The Flash, and other shows do in a mocking voice. 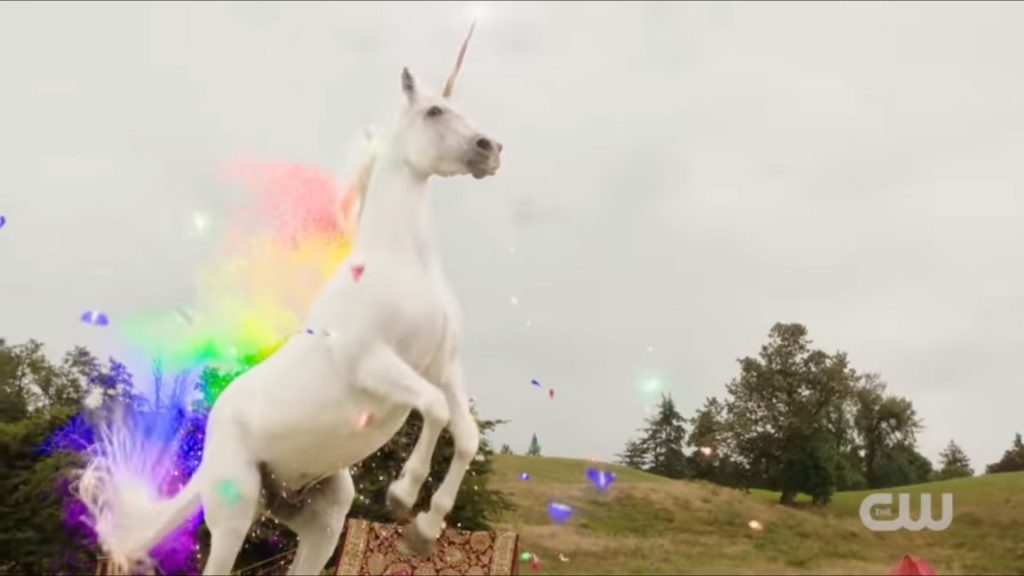 # Legends of Tomorrow # The CW Uncategorized