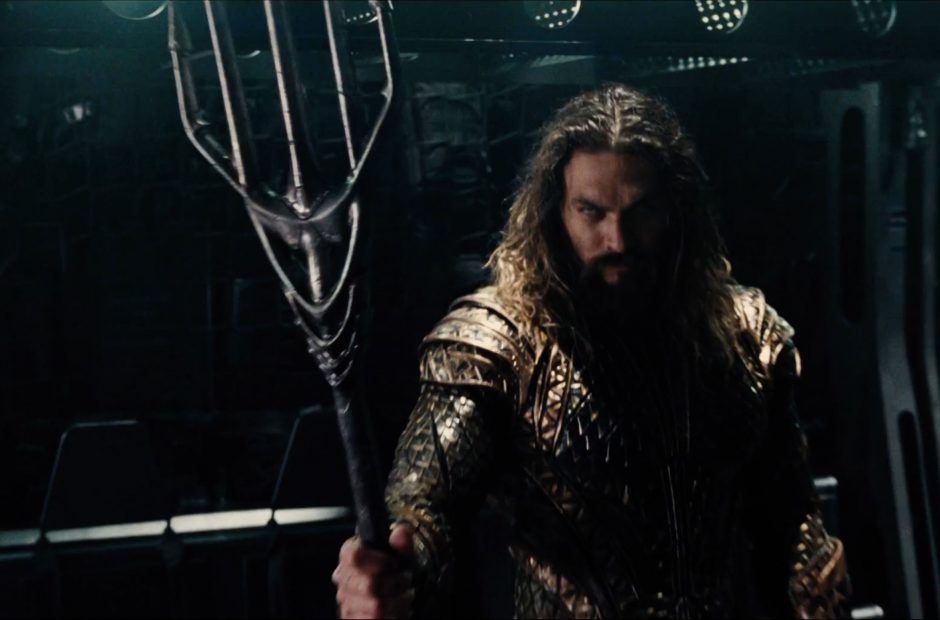 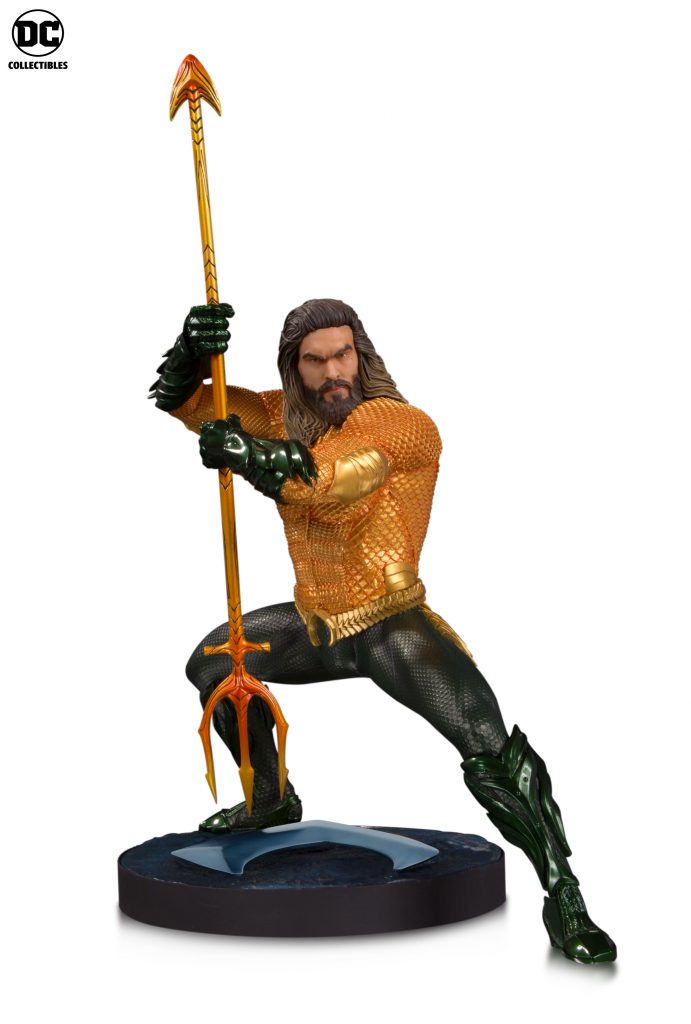 It has been a heck of a week to get exclusive looks at DC’s Aquaman and that isn’t stopping any time soon with Comic Con going on. The latest look sees Aquaman’s classic orange suit and Black Manta’s futuristic underwater armor.

Up until now, we’ve seen plenty of Arthur Curry, but what we have not seen is his classic orange suit. The Aquaman collectible not only shows him in his iconic orange suit, it also gives us a glimpse at the mythical Trident of Neptune.

The suit for the movie looks like it’ll be faithful to the comic books. The only major discernible changes we can see is that the torso part appears less scaly and the green of the gloves and bottoms are a much darker tone. Overall, it looks pretty damn awesome.

Warner Bros. has done a great job of keeping Black Manta under wraps, but his Aquaman collectible pretty much ruins the surprise. Unlike Aquaman, big changes were made to Black Manta’s diver suit, with a futuristic implementation of metal that has a sleek space gray finish. But the most important aspect of the suit is the helmet with the traditional red eyes, which win him the title for best superhero (or villain) suit.

The last collectible is of Mera, though we’ve pretty much seen her suit in previous teaser images of the movie. Regardless, the collectible looks great with her aquamarine suit and striking red hair.