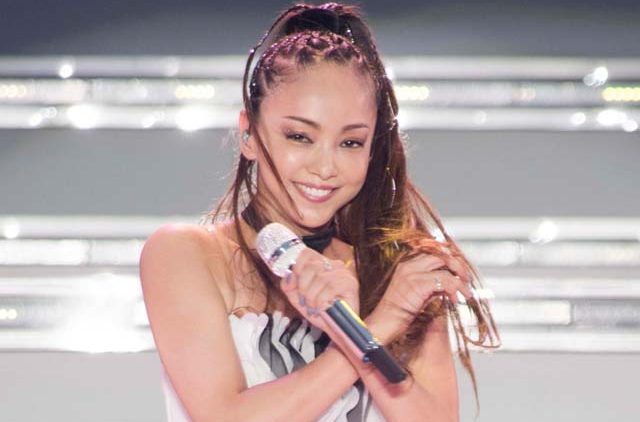 In the world of J-Pop music – Japanese pop music – for an idol (singer) to stick around for 5 years is pretty impressive. Namie Amuro, however, has stuck around for 25 years, until last year when she shocked everyone by announcing her pending retirement.

Celebrating her 40th birthday on Sept. 20, 2017, Amuro took the opportunity to announce that she would be retiring from the music industry on Sept. 16, 2018. She has then marked this final year with a greatest hits album, Finally, and farewell tours throughout Asia.

To give you an idea of how big Amuro is, imagine if you woke up one morning to news Madonna was retiring in a year. Yes, Amuro is that big in Japan.

Amuro got her start in 1992 with the Super Monkeys. Her popularity became significant by 1994 when the band changed its name to Namie Amuro with Super Monkeys. Eventually, Amuro would split off to her own career and the Super Monkeys would transform into their own hit group, MAX.

Expanding into the world of acting, modeling, commercials, anime theme songs, and more, Amuro became omnipresent throughout Japan, and eventually throughout the greater Asia region. She broke long-standing traditions in Japan when she got her first tattoo commemorating her mother’s death, as well as going public with her dating life. Japanese idols are to remain ‘single’ in the public eye for marketing reasons, but her acknowledgment of a relationship with ‘Sam’ from the band TRF changed things for numerous idol singers.

Her marriage would end in divorce in 2002, but not before having a son in 1998. After a hiatus for the birth, she returned to the industry and eventually saw her popularity rise even higher. It was during this time that she also expanded her popularity into other areas of Asia including releasing duets with the likes of Jolin Tsai from Taiwan.

Breaking the mold for longevity and perceptions of how a Japanese music idol is portrayed, Amuro has left marks on the industry that will be felt for years to come. As to what she plans to do in retirement, it is anyone’s guess as she has kept silent on those plans.

You can check out a selection of her album covers below along with a few of her music videos.