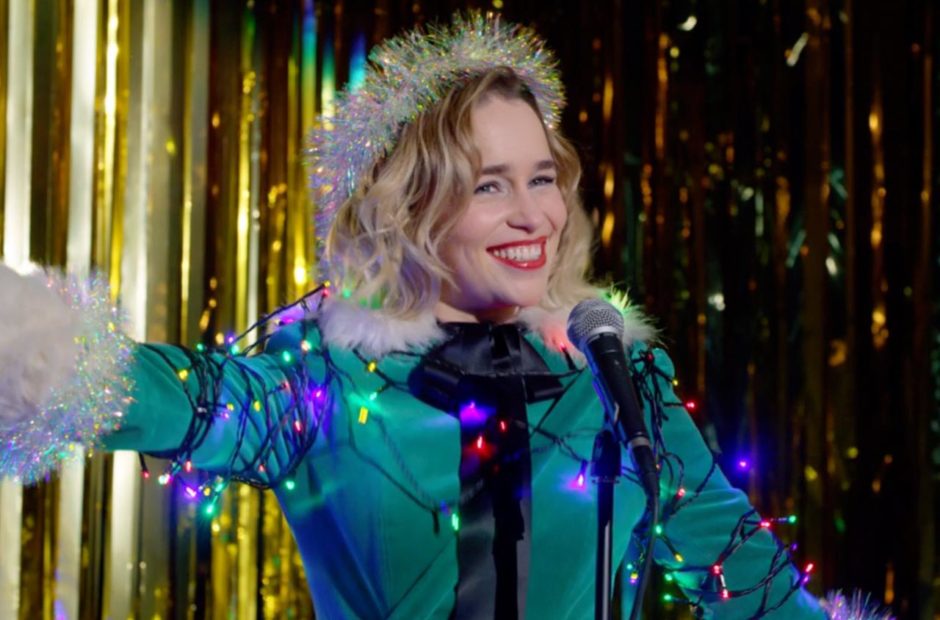 Last Christmas may win an award just based on how high-concept this film is going to be.

Paul Feig (Bridesmaids, A Simple Favor) is directing from a script by Bryony Kimmings and Emma Thompson. Yes, Emma Thompson who has starred in everything under the sun. The music will feature George Michael, including the fairly somber “Last Christmas.”

But this odd project doesn’t stop there. On Oct. 31, a collection of personal essays, with contributors including Meryl Streep, Bill Bailey, Emilia Clarke, Olivia Colman, and Caitlin Moran about the meaning of Christmas will be released. Also entitled Last Christmas, proceeds from sales of the book will be split between two charities, Crisis and The Refugee Council.

In other words, prepare for a whole lot of Last Christmas in the world this year.

Kate (Emilia Clarke) harumphs around London, a bundle of bad decisions accompanied by the jangle of bells on her shoes, another irritating consequence from her job as an elf in a year-round Christmas shop. Tom (Henry Golding) seems too good to be true when he walks into her life and starts to see through so many of Kate’s barriers. As London transforms into the most wonderful time of the year, nothing should work for these two. But sometimes, you gotta let the snow fall where it may, you gotta listen to your heart.

Last Christmas hits theaters on Nov. 8. The book will be on sale on Oct. 31.