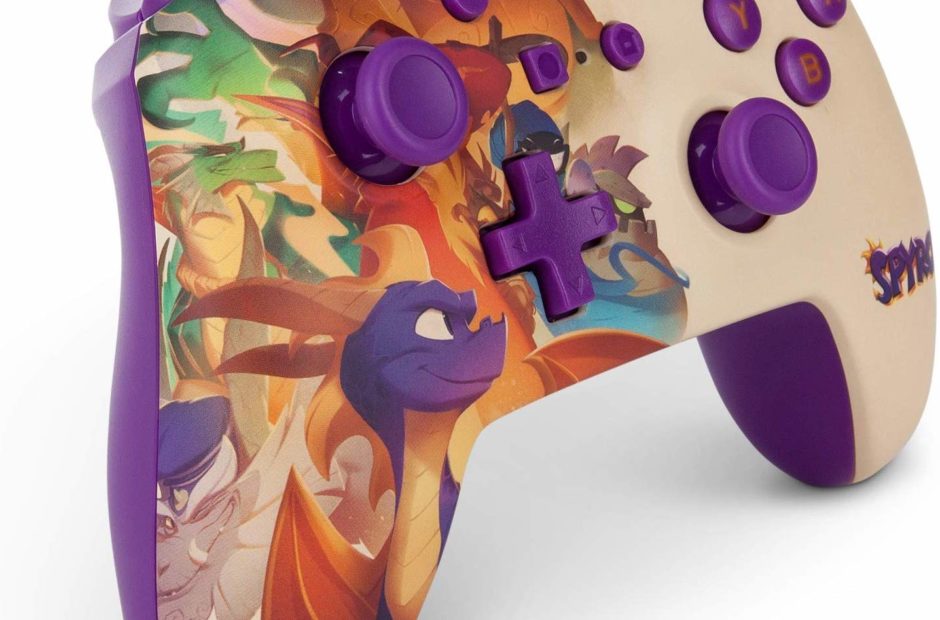 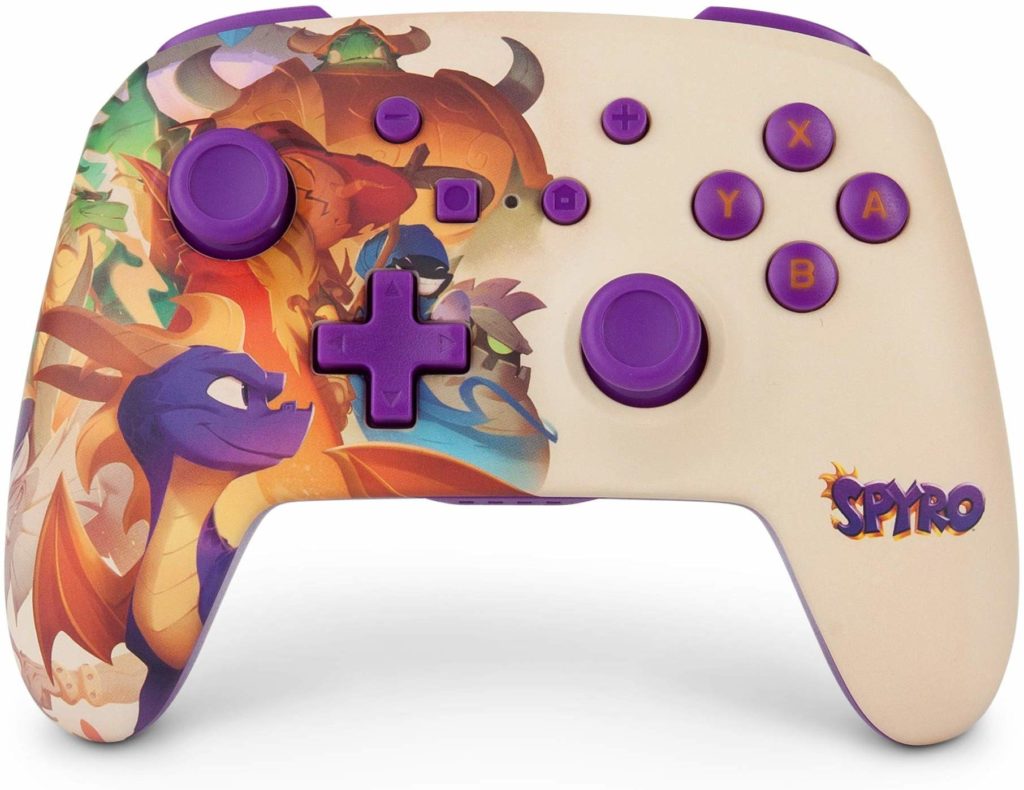 Spyro Reignited Trilogy arrives on the Nintendo Switch next month, and PowerA designed a custom wireless controller to celebrate.

It features a unique design with Spyro and other characters on the left side. The buttons are purple, as is the entire backside. While a set of Joy-Con controller would’ve been appreciated, gamers can still get a ton out of this pro-style controller with a more traditional layout whether on Activision’s title or something else.

The accessory is officially licensed by Nintendo and Activision, and you’ll receive a two-year warranty as well. Unfortunately, this controller lacks a built-in rechargeable battery. So pick up some AA batteries for when it runs out of juice. 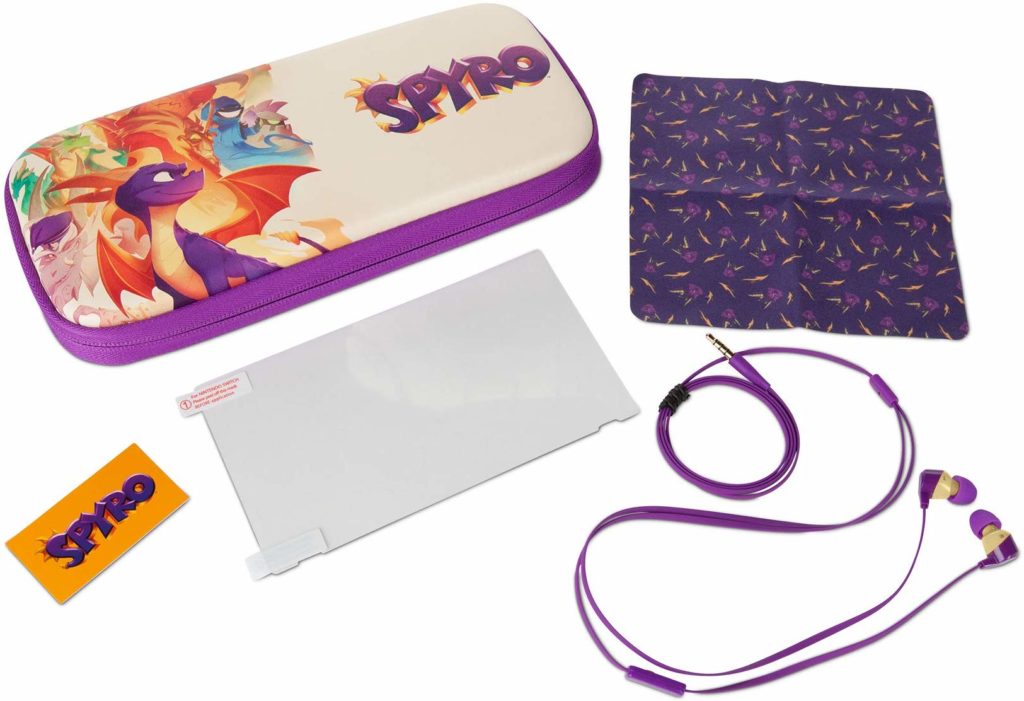 PowerA created a Spyro-themed travel case, too. The design is nearly identical to the controller, but there are some extras. Here, you’re getting a screen protector, a cleaning cloth, earbuds, and a sticker.

If you don’t own a Switch, you can also play Spyro Reignited Trilogy on Microsoft’s Xbox One and Sony’s PlayStation 4. All versions include the same exact content. The game itself acts as a remaster of Spyro the Dragon, Spyro 2: Ripto’s Rage!, and Spyro: Year of the Dragon. Maybe it’ll eventually lead to a new installment as the franchise’s titular character hasn’t done anything in over a decade.

Originally made by Sony, Spyro was acquired by Activision in 2008 along with Crash Bandicoot. The two franchises are undergoing revivals with remasters landing on next-generation hardware.

Both the wireless controller ($49) and the travel case ($24) will be released on August 31, and Spyro Reignited Trilogy hits the Switch on September 3.