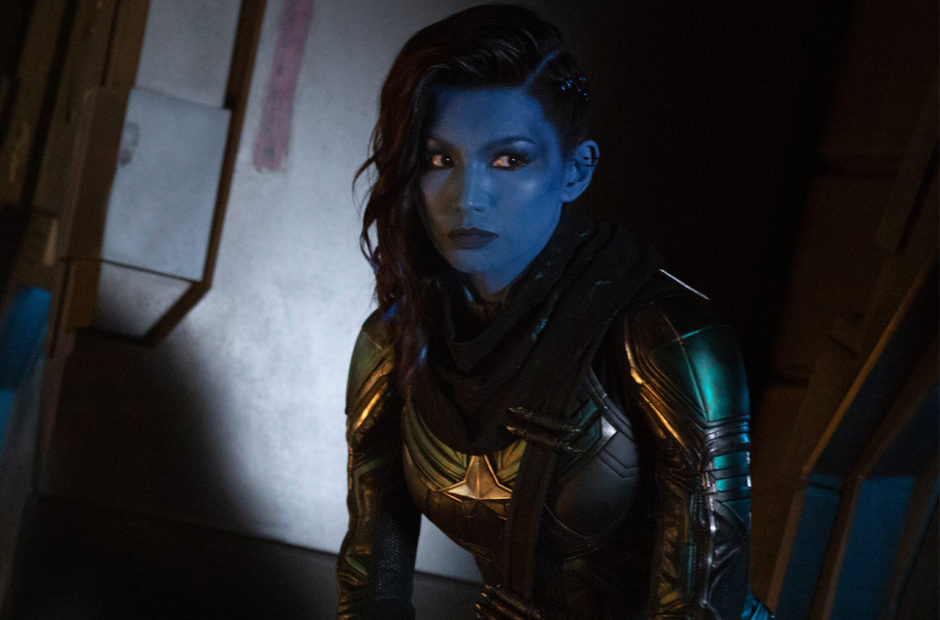 During the Marvel Studios presentation at San Diego Comic-Con, the studio trotted out an immense cast on stage for The Eternals. You could be forgiven if you thought that was the complete cast, but it seems that it wasn’t.

Rumors have sprung up this week that Gemma Chan is in talks to join The Eternals in an unnamed role. While that isn’t huge news on its own, it’s significant if you think back to Captain Marvel and realize she played Minn-Erva, a member of the Kree Starforce. This would mark the first time in the Marvel Cinematic Universe that an actor has been reused in such a significant way.

Of course, this follows on the news that Mahershala Ali, who played Cornell “Cottonmouth” Stokes on Luke Cage, will be playing Blade. The Eternals will be hitting theaters first, however.

It is not unheard of for actors to play more than one role in a property. Doctor Who has done this many times over the decades, with Peter Capaldi – the 12th Doctor – most recently pulling double duty. It’s bound to happen, and quite often audiences don’t even blink an eye.

With the MCU closing in on 25 films, and with each film having giant casts, actors being recycled almost feels inevitable at this point. We don’t expect to see Chris Evans as anyone other than Captain America, but for lower-rung characters? Yes, expect more and more recycling.