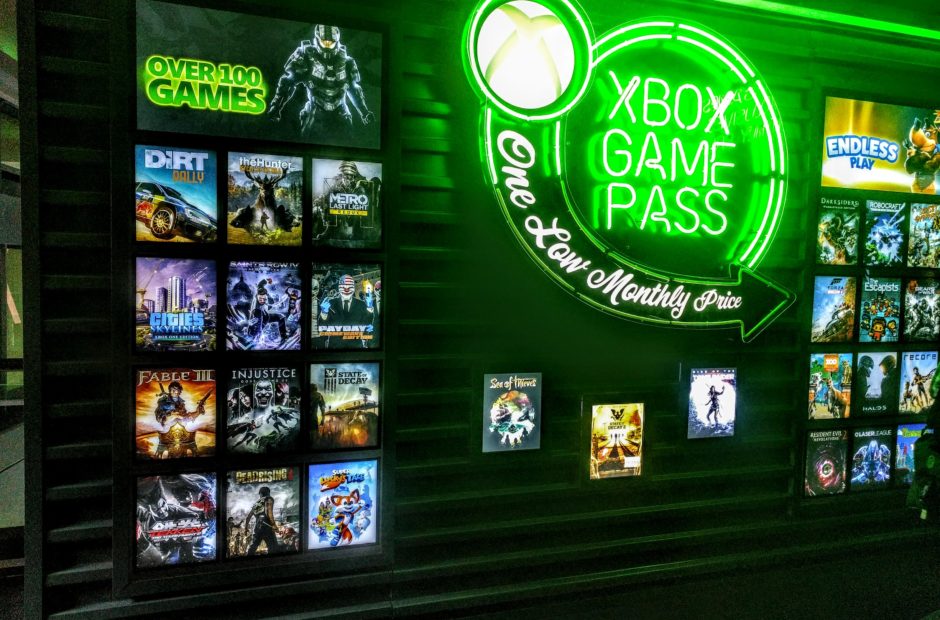 Here at the Nerdy, we’re looking to dive back into video games in a big way. What better time than E3?! It’s Video Game Christmas. For almost a week straight, we’re unwrapping goodies that include everything from brand-new reveals to release dates we can mark on our calendars and even a few cases of “and you can buy it in our proprietary storefront… right now.” The cynical side of me tries to remind the giddy child that I’m getting excited for a week of game advertisements, but the giddy child is much, much louder.

Let’s start off our coverage by looking what we expect to see from each of the ‘big three’ and from the multi-platform publishers at this year’s show. If you’ve been following the show, you’ll know this year is a bit different from past years, and that means it could be a very different E3.

This is the big, weird part of E3 this year. Companies have been pulling out of E3 the last few years, with EA a particularly notable one as it went from being a centerpiece of the E3 show floor to having its own, separate event, sometimes a long ride from the main show. But this year, there’s an even bigger hole in the show as Sony has decided to – at least for one year – pull out of E3.

After a particularly huge 2018, featuring releases of God of War and Spider-Man and the reveals of Ghost of Tsushima and The Last of Us Part II, 2019 has been a comparatively quiet year so far, with only Days Gone speaking for the company (and not having much to say as the sole voice). Meanwhile, Sony has no other big 2019 releases scheduled, and the word on the games it has planned are that they probably won’t be out until next year.

With that in mind, it seems like maybe Sony doesn’t have much to show as its first and second-party creators work on their games.

Further, Sony revealed this year the first details of its next PlayStation, and any games it might want to show right now might accidentally reveal further details of that system, something Sony definitely wants to keep under wraps.

This seems like a good thing. If Sony doesn’t have a bunch of new stuff to show, maybe it shouldn’t show anything. Overhyping games has become a big problem in the last decade or so, as fans are given a drip-feed of content for games that is then analyzed pixel-by-pixel. These same fans, then, end up hypercritical of the end product, questioning every minor change to the game. Revealing a title and then letting it disappear for a while seems smart.

On the other hand, Sony isn’t the only company pulling out of E3, and Sony is a huge presence. It calls into question whether or not E3 should still exist. As a remote journalist not based in one of the hotspot cities, I particularly value E3 as a way to get up close and personal with game creators, and not having E3 makes it that much more difficult.

Suffice to say, I’m concerned that Sony chose not to show up, but there are tons of good reasons why they didn’t – and why it might just be 2019. 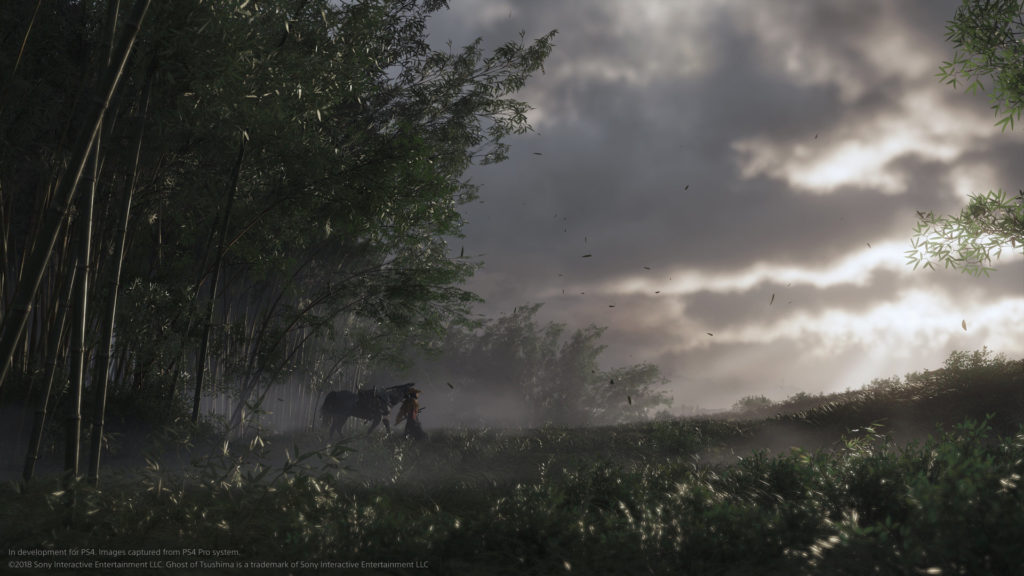 This is Microsoft’s chance to shine and go big. The company has a lot to crow about right now, from the success of Xbox Game Pass and the recent decision to combine Game Pass and Xbox Live into one service, the reception of its Adaptive Controller, the recent deal with Sony to provide gaming-related cloud services, and more. The company also has new hardware that it has yet to fully reveal and its own share of Microsoft-exclusive games, including Halo Infinite, Gears 5, and the very-likely next Forza Motorsport game.

Depending on what Microsoft has in store on the hardware front and how soon is plans to release it, the company could do a whole hardware-focused show. Microsoft has focused hard on backward-compatible software in the last few years, and it’s very nearly a given that the games on the current Xbox will play in the next one, and quite possibly vice-versa – at least games released in the first year or two of the next system’s lifespan.

That gives Microsoft a lot of leeway to say that the systems we own now and might buy in the next year are not, in fact, worthless the same way an Xbox 360 was to an Xbox One. Instead, you’re building a library that will carry over to the next chapter of your gaming life, with games that you’ll be able to plug and play on day one, with every game looking and playing at least as well, if not better, than it did on the Xbox One. that’s not a promise, but if fits snugly with Microsoft’s message over the last few years.

There’s an opening here with Sony out of the picture, and Microsoft needs to take it.

Nintendo, on the other hand, is doing its own thing. What we do know is that the company won’t be releasing a new Nintendo Switch of any kind at this year’s show. The software and hardware maker has made it crystal clear that its E3 show will be entirely software-focused. And that’s great, because Nintendo has quite possibly the best forthcoming lineup in years right now.

On the slate for the near and further-out futures are Animal Crossing, Pokemon Sword and Shield, Super Mario Maker 2, Fire Emblem: Three Houses, and Luigi’s Mansion 3. Metroid Prime 4 is out there somewhere, but unlikely to make a showing after the company’s admission that the game was on the wrong track. Even without Metroid Prime 4, that’s a banger of a playlist.

We’ll also meet Nintendo America’s new boss for the first time, the guy who is really named Doug Bowser. After the relationship fans had with the previous president Reggie Fils-Aime, Nintendo has a lot of work to do getting Bowser to be accepted, but sharing a name with one of its most recognizable characters sure doesn’t hurt. 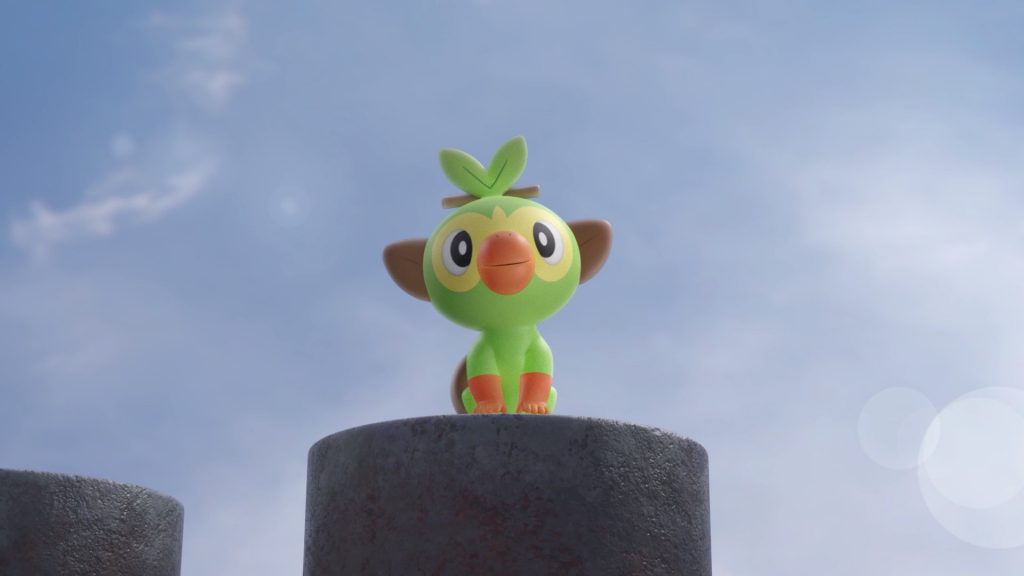 These four publishers each have their own shows, each with their own surprises.

Bethesda will most likely show Doom Eternal and Wolfenstein: Youngblood. They’ll also crow about their online and mobile games like Fallout 76 and The Elder Scrolls: Blades. What will they show apart from those, though? The Elder Scrolls VI and Starfield are very unlikely to show up, as they’re deep in development. That we even have confirmation they exist is new thing for Bethesda.

But Bethesda has a pile of teams, including Id, MachineGames, Tango Gameworks, and Arkane Studios, all of which could have something unique under the hood. Hopefully they’ll acknowledge the rough launch Fallout 76 experienced and offer a mea culpa for the game’s opening months and signs that the game has a long life ahead of it.

Ubisoft, meanwhile, has announced Ghost Recon: Breakpoint, starring Punisher lead Jon Bernthal as the main character. Both Assassin’s Creed and Skull & Bones will be absent, the company has confirmed, and The Division and Far Cry have both seen releases this year, so it seems unlikely that we’ll see anything from those franchises other than some possible DLC.

More likely, we’d bet on the studio showing off a new Watch Dogs game as a follow-up to Watch Dogs 2. Oft-rumored but never confirmed is a new Splinter Cell game. I hoped and prayed for it last year, but it didn’t happen. But we keep getting hints that such a thing is on the way. Here’s to hoping it’s coming and that it’s not just another Ubisoft open-world game with Far Cry outposts, Assassin’s Creed stealth, Watch Dogs hacking, Ghost Recon shooting, and whatever other features they want to pull from their stable of games. Beyond Good and Evil 2 will likely show up in some respect, though it’s hard to tell just how far along that game is, so it could end up being just another trailer.

There will doubtlessly be some indie-sized surprises, the continuation of the Just Dance series, and something having to do with Rabbids, though I’ll admit I’m less enthusiastic about those.

Electronic Arts has some ‘splainin’ to do, in the immortal words of Ricky Ricardo. While the company is riding high from the success of Respawn’s Apex Legends and the reveal of Respawn’s Star Wars: Jedi: Fallen Order, the publisher has more than one studio, and lots of them aren’t working on EA Sports games. In particular, the company has to answer for the raft of canceled Star Wars games and for the rather impressive implosion of BioWare’s Anthem, the second big disappointment from the once-infallible studio in less than two years.

If EA spent half of its time on stage this year apologizing, it wouldn’t be long enough.

Square Enix has two big titles on deck, and it seems like they might be ready to show both of them. When Sony bailed, Square Enix snapped up the company’s scheduled spot, suggesting they have something big on the way.

The so-called ‘big guns’ are the announced-but-unseen Avengers game and the Final Fantasy VII remake, both of which are extremely high-profile and high-pressure titles. Also in the wings are titles like Bayonetta-developer Platinum’s Babylon’s Fall, and a Dragon Quest XI port for Switch.

The first two titles are really the big ones. Last year, Square Enix held a press conference that was so disappointing, underwhelming, and just-plain-bad that to grab a high-profile spot this year seems like they’re teeing up for a Grand Slam or the kind of whiff that sends the bat flying at the pitcher’s head.

I really hope Devolver Digital does a show again. The last two have been bonkers, and you need to go watch them.

The E3 show kicks off on June 11, though Microsoft’s show opens the pre-show events on June 9.