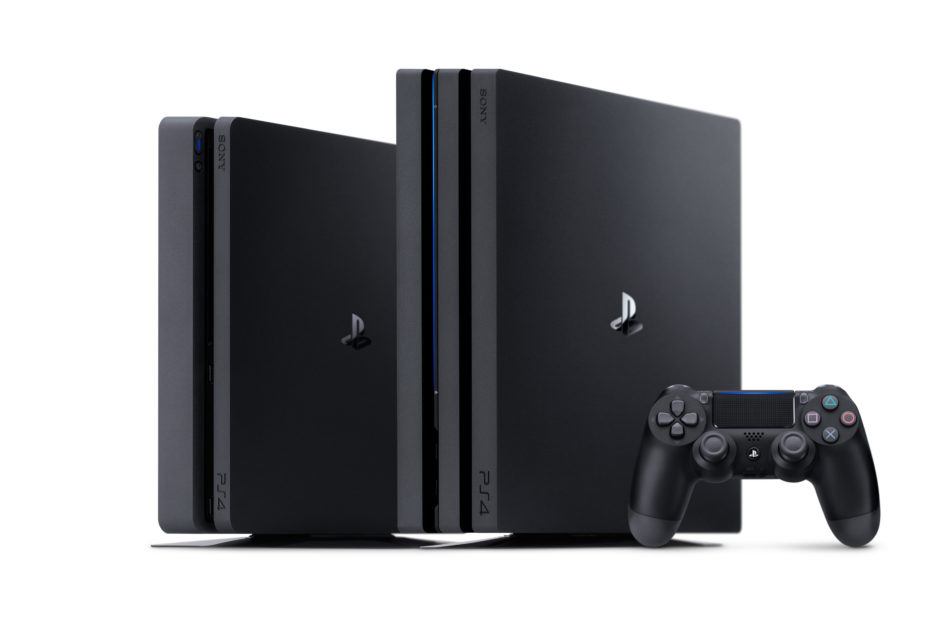 We had our first glimpse this week of the next generation of gaming consoles. Speaking to Wired, lead system architect Mark Cerny gave us some idea of what we can expect from the system – a fresh processor, a big leap in graphics, and an SSD drive. We went into the specs after the initial reveal, but it’s time to dive into them a bit and talk about what they mean for the system and for what we can likely expect from the Xbox successor (Xbox Two? Xbox 720? Xbox Infinity? Xbox 64? Who can guess?).

A few elements stick out from the article as being particularly interesting. Perhaps the most interesting is that the system will feature not just an SSD (Solid state drive) for game storage, but that it apparently has higher raw bandwidth than any existing SSDs. That seems to suggest an NVMe SSD drive – one of those little chip-style drives that plugs directly into the motherboards of new computers, rather than plugging in through a separate cord – using the upcoming PCIe 4.0 spec, but Sony isn’t saying whether that’s true just yet.

What it means practically, though, is that game loads could become, finally, a thing of the past. Ever since the release of the Sega Saturn and first PlayStation, we’ve been waiting on games, and those waits can be long. Demonstrations quoted by Wired have loading times 19 times faster than current consoles. A game that takes a minute to load up right now could take just 3 seconds. One of the big features in this generation of consoles was suspend and resume – a boon to gamers who don’t want to wait for their games to load in. With this SSD, it would be a moot point.

More than that, though, it also means that performance in-game will be improved. In a big open-world game, for example, the system is constantly streaming in new textures. In one of Naughty Dog’s games, Jak and Daxter 2, it was possible for the player to move around faster than the game world could load in certain cases. To hide this, the development team added a tripping animation in. If Jak was moving too fast, he would occasionally trip, giving the game a second to catch up. With an ultra-fast SSD, that kind of thing shouldn’t be necessary, as streaming data off the drive will be basically instantaneous, and developers won’t have to use silly tricks to hide a shortcoming like that.

But it does raise some interesting questions. One enthusiast-favorite feature of the PlayStation consoles is the ability to swap out the hard drive with one’s own – presumably faster and/or larger drive. Will the system still allow this? The PlayStation 4 does, as of last year, allow you to plug in an external drive as a storage device, so maybe they’ll leave the swappable drive out in favor of that much more user-friendly option.

The other question is that of capacity. How big will the drive be? Big SSD drives are expensive. Affordable SSD drives are pretty small. And if there’s one thing I can say about gamers, it’s that they’re hoarders who would seem to favor capacity over speed at times. That’s especially the case for those in parts of the world with slower internet connections. What will the capacity be – and how will consumers respond to it?

The system will feature a variant of AMD’s Navi architecture for graphics. The Navi chips aren’t currently available at mass market right now, but Cerny says the system will be capable of ray tracing – a term familiar to the animation industry but new to many gamers. Instead of estimating and then faking the movement of light in an environment, ray tracing has the computer literally tracing rays of light. That’s why games can run at 60 frames per second, while Toy Story 4 will be taking hours, if not days, to render just 24 frames over at Pixar’s server farms. Video games are best-guessing. Recent advances have had Nvidia bringing first-generation ray tracing tech into its new RTX graphics cards, though, and the results have been encouraging if decidedly early. 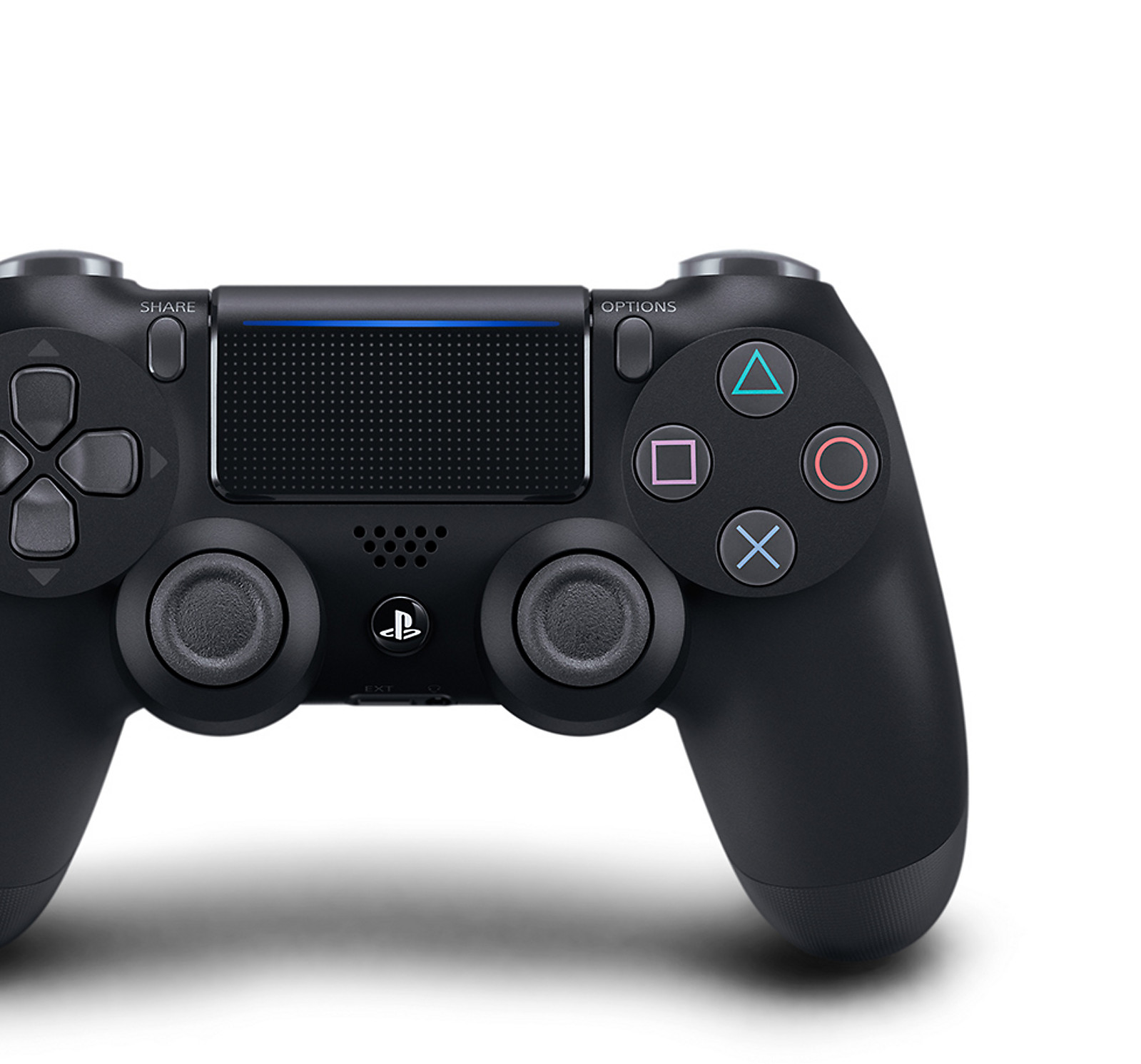 The question here comes from the big deal Nvidia made about its millions of dollars of research into squeezing tens of thousands of dollars of graphics hardware into a card a consumer could conceivably afford (if you consider $700-plus affordable). AMD has been silent thus far about its research into ray tracing. Have they been dumping millions into the tech totally separately from Nvidia? Or is this software-assisted ray-tracing, as with the feature Nvidia recently introduced to the GTX10 series of graphics cards?

Hardware support seems likely, but it’s not a promise yet. If implemented, though, it could lead to great-looking games that are easier for developers to make, with things like light and reflections being managed by physics instead of having to be faked. Right now, for example, if you wanted to put a glass on a table and have it reflect the room, an artist has to create a reflection texture to show in the glass – which is why reflections in building windows in games like the aforementioned Spider-Man or Grand Theft Auto V can look so completely different from what’s actually around your character in the game. Real, hardware-driven ray tracing would be a big win for gamers and developers alike.

The other interesting thing Cerny mentions is what ray tracing can do for gaming sound. He said in the article that a 3D audio chip and ray tracing tech will “show how dramatically different the audio experience can be when we apply significant amounts of hardware horsepower to it.” He says that sound can be traced similarly to rays, and it sounds like he’s suggesting that the sound can piggyback off what the ray tracing hardware is already doing. Cerny says the tech won’t require any new hardware in your home, but that it’ll be able to create better immersion just through use of simulated 3D audio. He does note that headphones will be the best experience. Xbox gamers can already get a taste of this with Dolby Atmos for headphones on the Xbox One, and it seems like Sony could be using a hardware-powered version of that. 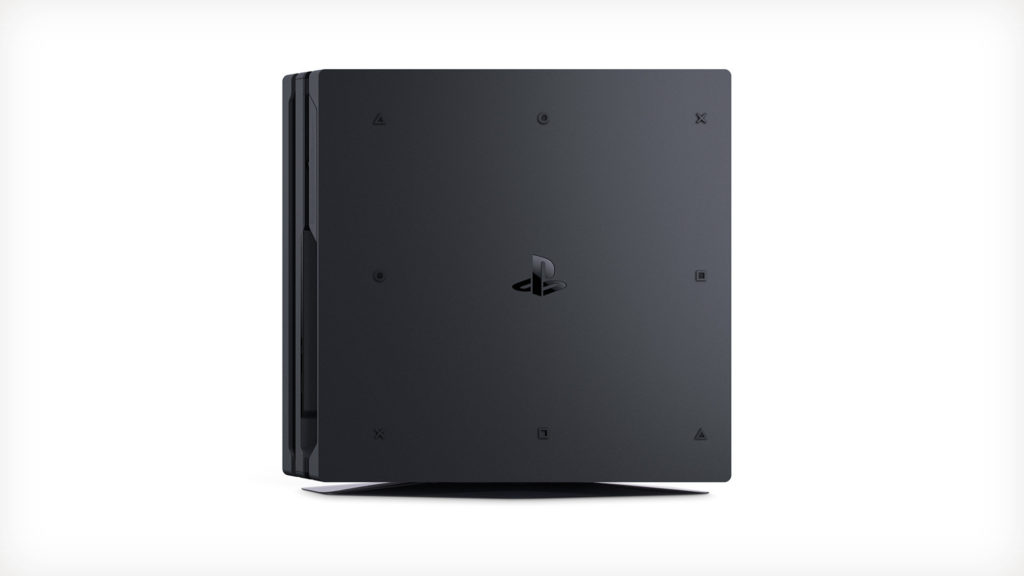 The article also calls out 8K graphics. The system might be capable of 8K graphics, but consoles right now can barely handle 4K at 30 frames per second – let alone 60, and 4K TVs are only starting to penetrate the market in any significant way. I wouldn’t expect to actually see 8K graphics in play on the PlayStation 5.

The other really interesting thing is that Sony seems to be listening to what Microsoft is doing and how gamers are responding when it comes to backward compatibility on both the hardware and software fronts.

During the interview, Cerny confirmed that existing PlayStation VR hardware will work on the PlayStation 5, which suggests that other hardware may be able to make the jump as well, such as controllers and headsets. 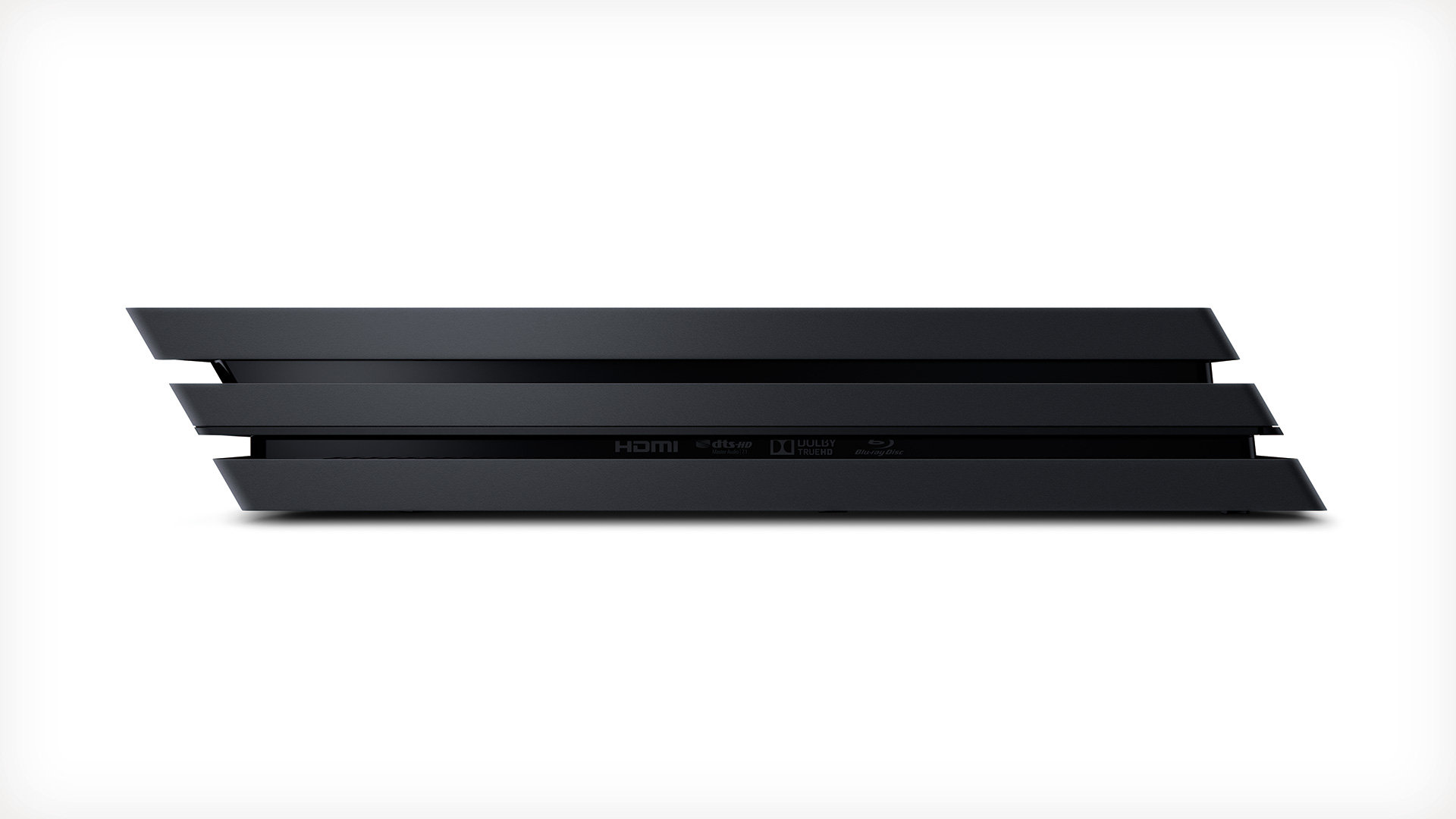 With games becoming increasingly digital, there’s no reason this shouldn’t be possible, and no reason it shouldn’t be standard, so it’s good to see Sony responding to customer desires and taking a consumer-friendly stance after years of weird choices with cross-play and backwards compatibility.

And what does this all mean for Microsoft’s next console? On a micro level, it’s hard to say. Both systems will use AMD hardware, as they did this generation. After the flogging Microsoft took for putting out a less powerful system, we can also bet that they won’t be willing to play second fiddle again. I’d bet the two systems will be even more similar than they were this generation.

Microsoft made a big deal of ray tracing at the 2019 Game Developers’ Conference, and has been working on its own ray-tracing APIs, so we’d be willing to bet that’s in there, too. Backwards compatibility is almost a given based on Microsoft’s stance about it right now. 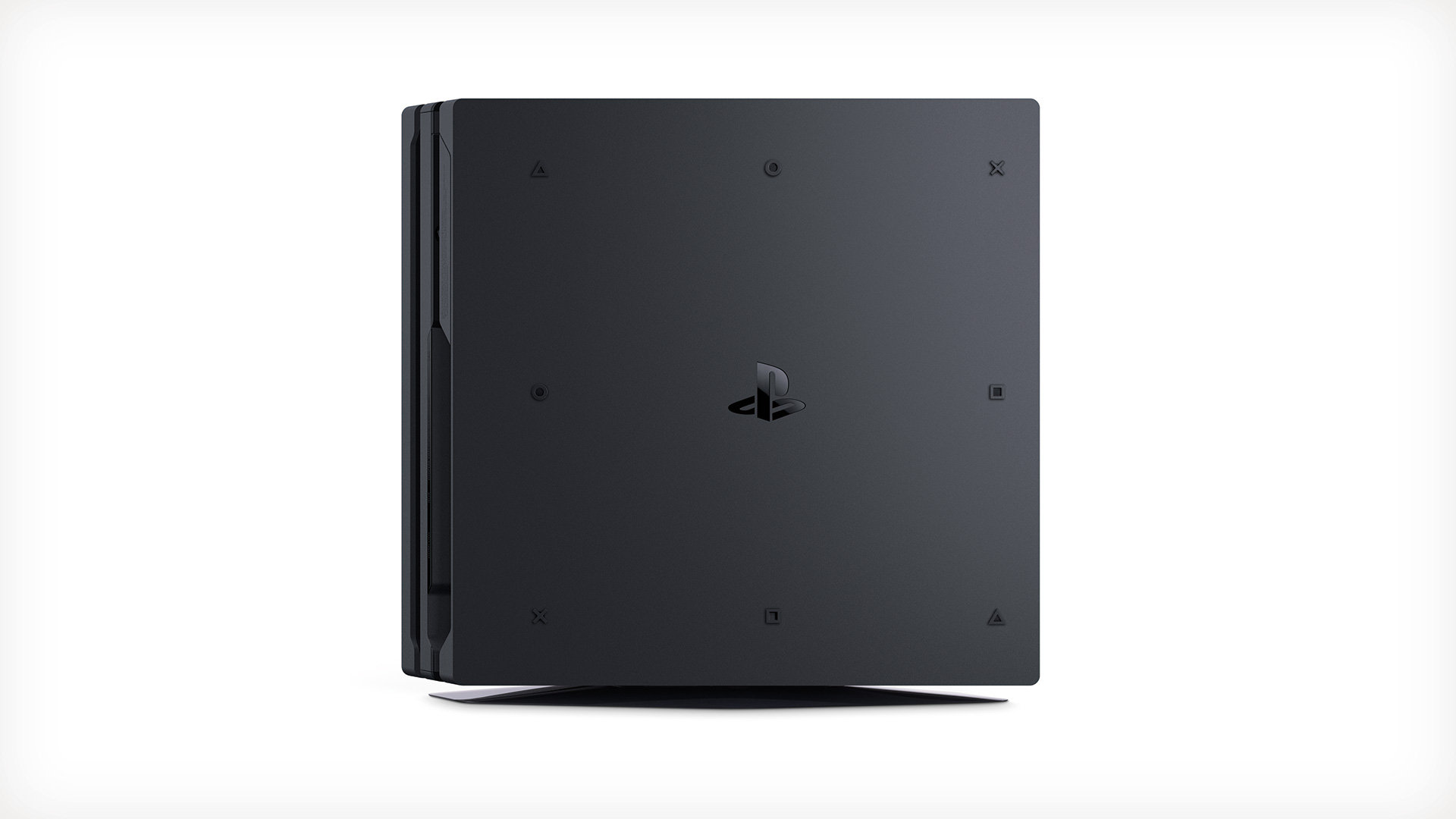 We know Microsoft is working on a next-gen console, but with the last couple years in mind, it’s a bit harder to see where it’s going. The recent announcement of the Xbox One S All-Digital shows Microsoft listening to the gaming habits of its Fortnite, PUBG, and Apex Legends playerbases, as well as doubling down on its Xbox Game Pass service. Whether the next Xbox will have a discless variant is anyone’s guess, but a cheaper digital-only box seems like a strong possibility, accompanied by a more powerful variant that accepts discs. Meanwhile, previous initiatives like the cloud-computing promises of Titanfall and Crackdown have proven to be less than impressive. Microsoft, in other words, has a lot to live up to after this low-key reveal.

When will we know more about either of these systems? Sony is skipping E3 entirely, and Microsoft probably doesn’t want to reveal its system too far ahead of time. Doing so would give Sony the chance to tweak its pricing and policy specifics, as we saw with the PlayStation 4 launch, when Sony made a last-minute price drop into a generation-winning homerun on retail shelves. It would also repeat what we saw with the early reveal of the Xbox One X, which tanked Xbox One sales for almost a year running up to the release of the more powerful console.

But we’re eagerly awaiting every tidbit of information. There’s already a lot to chew on. Keep your eyes open for more analysis as soon as either company reveals what it’s doing.