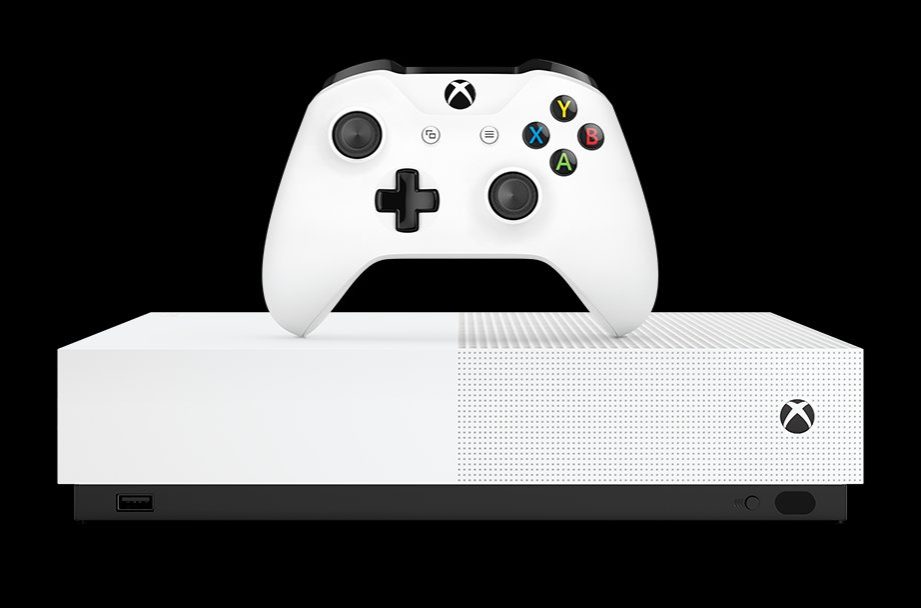 After months of rumors, it’s here – the Xbox One S All-Digital Edition. This new piece of hardware is kind of new, kind of not. If you already own an Xbox One S, it’s the same hardware, slightly faster than the launch Xbox One, and a lot slower than the Xbox One X. But if you look carefully, you’ll notice something missing – the disc drive.

The Xbox One S All-Digital Edition is just that – all digital media, no physical media. With this Xbox, discs are more useful as coasters than as sources of game data. Microsoft cites the growing popularity of not just streaming services, but also the explosion of digital game sales as well. The popularity of digital-only games like Fortnite and Apex Legends, as well as Microsoft’s own Xbox Game Pass service, are all big contributors as well. For some people, the disc drive is extraneous, unnecessary hardware.

To get gamers started, the system comes with Minecraft, Forza Horizon 3, and Sea of Thieves pre-installed, as well as coming with a trial for Xbox Game Pass, which currently offers download access to over 100 games.

The system doesn’t have a disc drive, but it still comes with a controller. When it hits retail on May 7, it’ll be $249 – $50 less than suggested retail price of the be-disced Xbox One S. Again, aside from the lack of disc drive, this system is identical to the existing Xbox One S.

Xbox One S All Digital Pricing

That price difference is practically meaningless, though. If you drop in at Amazon, for example, the Xbox One S is already $250 and it usually comes with one or more games. Further, the Xbox One S is about due for a price drop with new consoles on the horizon. The Xbox One hit in November 2013, meaning we’re coming up on six years with the system. The Xbox One S itself is coming up on 3 years old, and it’s the least performant of the currently-manufactured consoles. $249 seems like a big ask, and I’d suggest waiting until this fall for when it inevitably sinks below the $200 mark for Black Friday. 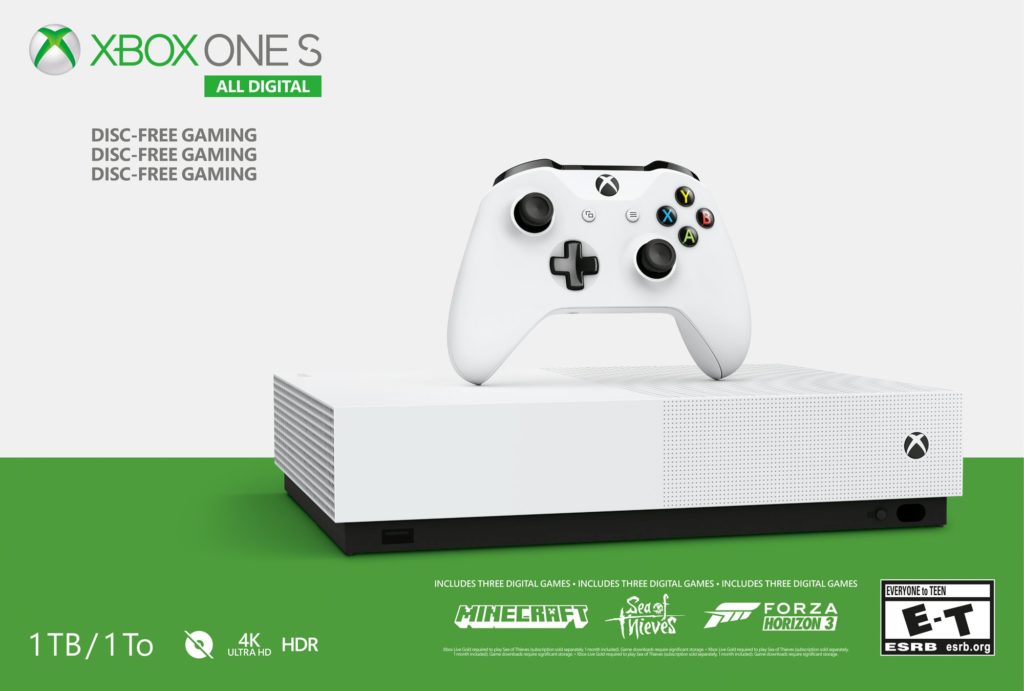 When that price drop hits, the Xbox One S All-Digital is going to end up being a cheap way to get into games, and the first console to be honest with the way many of its players are playing games. I love my UltraHD Blu-ray drive, for many players, these things are Fortnite and Minecraft machines. Hold off for now – but keep an eye on this when the price drops.