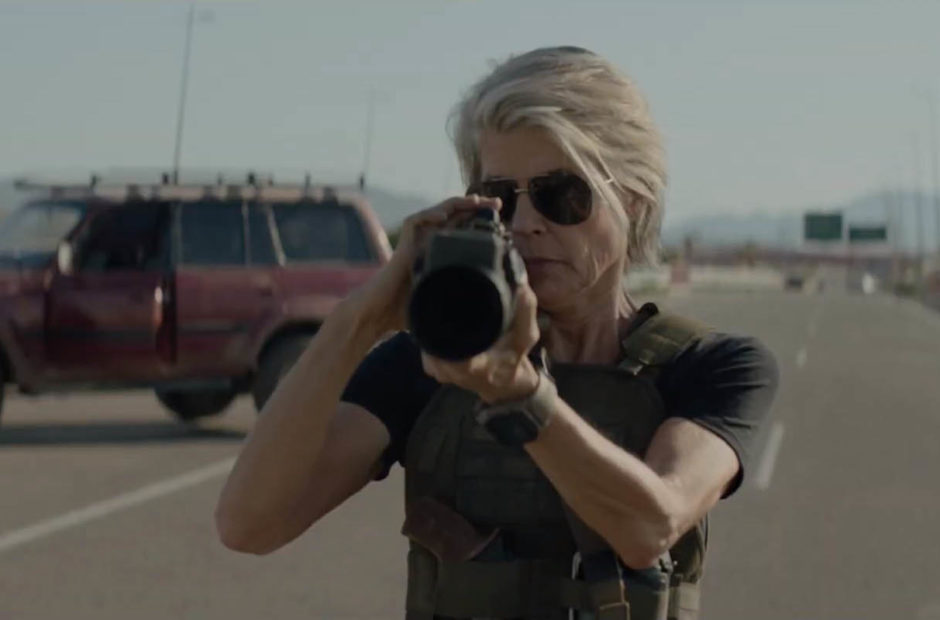 The first Terminator: Dark Fate trailer has arrived, and it’s time for some confusion if you haven’t been following along.

While Terminator: Dark Fate is the sixth film in the franchise, it’s ignoring all of them other Terminator and Terminator 2: Judgement Day. This seems to be a new trend in longtime franchises, and we just done recently with Halloween as well.

The new film is set 27 years after the events of Judgement Day, and a new liquid metal Terminator has come back in time, but this time he is after a woman named Dani Ramos (Natalia Reyes). She is being protected by a future soldier, Grace (Mackenzie Davis), but she appears to have some secrets of her own.

Yes, Arnold Schwarzenegger is playing an aged T-800. We’re just as confused as you by that at this point.

The film is directed by Tim Miller who directed Deadpool. James Cameron is involved and worked on the basic story and serves as a producer.