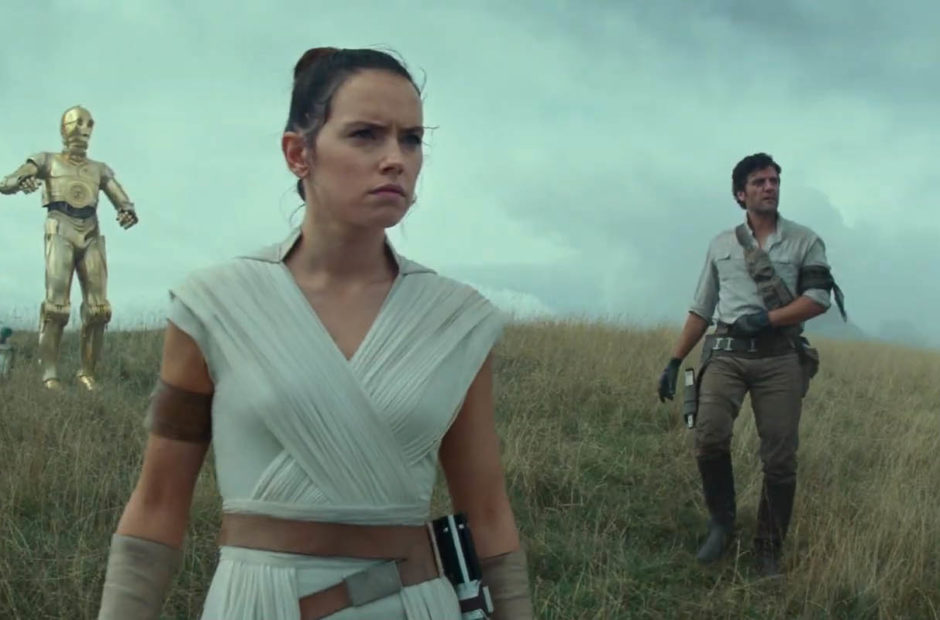 Marketing is starting to kick it into high gear for Star Wars The Rise of Skywalker, and Vanity Fair has lots of details.

As has become a tradition with Star Wars films, Vanity Fair is running a major piece about the upcoming film and what we can expect from it. Included are some stunning photographs shot by Annie Leibovitz, so it’s definitely worth visiting the site to check those out.

First and foremost, the article puts to rest the biggest debate about the movie so far: The desert planet is not Tatooine or Jakku, but a new planet to the films named Pasaana. We don’t know much about it other than it was shot in Jordan, and as with all Star Wars desert shoots there were issues with the weather.

This is also a point in the film where we will finally encounter Kylo Ren’s (Adam Driver) fabled Knights of Ren. His henchmen were shown briefly in The Force Awakens, and then mentioned in The Last Jedi.

Additionally, the name of the snow planet was revealed to be Kijimi, another planet new to the films. This is also the planet where we will run into Keri Russell’s new character, Zorri Bliss. There’s no indication as of yet as to if she is a new hero or villain.

Also revealed is that Richard E. Grant is playing a member of the First Order named Allegiant General Pryde. This doesn’t come as a huge shock as he has an English accent, which, as we know, pretty much dooms you to be evil in the Star Wars Universe.

When the Star Wars The Rise of Skywalker trailer was released, we saw Carrie Fisher once again as Leia, despite having passed away before filming. Director J.J. Abrams reveals in the article that he did indeed have to write backwards. He wrote new scenes to fit with the footage that was left over from The Force Awakens, and that presented new challenges.

Abrams also, out of respect, left Lieutenant Connix, played by Fisher’s daughter Billie Lourd, out of the scenes. That changed, however, when Lourd specifically requested that she get a scene where she got to interact with her mother’s footage. “And so, there are moments where they’re talking; there are moments where they’re touching,” Abrams said. “There are moments in this movie where Carrie is there, and I really do feel there is an element of the uncanny, spiritual, you know, classic Carrie, that it would have happened this way, because somehow it worked. And I never thought it would.”

The entire article is well worth your time no matter where you fall on the Star Wars fandom scale. After 42 years, the Skywalker saga is drawing to a close, and it’s time for the millennia-old war between the Jedi and the Sith to draw to a close.