Marvel Comics has wooed back Conan the Barbarian into its fold, having been his home throughout the 1970s. Now, Conan of Cimmeria is returning to Marvel this January with a new creative team.

“I’ve literally been preparing for this job since I was 13 and discovered my first Robert E. Howard Conan paperback in a used bookstore in my little hometown of Jasper, Alabama,” said Aaron. “I devoured every Howard book I could find after that, and I’ve been making up Conan stories in my head ever since. Now I finally get to do that for real, alongside the amazing Mahmud Asrar. So this opportunity means an awful lot to me, and I’m cherishing every blood-splattered, spider-haunted second of it.”

“Growing up, Conan was one of the first comic books I’ve read. It’s partly responsible in making me a lifelong comic book reader,” said Asrar. “In fact, it’s the first book where I’ve noticed the names of the creators and that being a comic book artist was something I could do for a living. Now, years later, I get the chance to draw the book myself and do it with the amazing Jason Aaron. I couldn’t be happier to tell epic new tales of the Cimmerian – to continue the legacy that will hopefully make a mark on readers, just like the original comics did for me.”

“I can’t wait for readers to see the epic scope of the first story lined up for CONAN,” shared editor Mark Basso. “Like our illustrious writer and artist, my intro to Conan came in the form of an old paperback that magically found its way to me as a kid, and this team is harnessing all of that love and respect for the character’s history while expanding the Hyborian mythos in a way that’s really never been done before.”

“These past months have been an exciting whirlwind for us and the folks at Marvel, going through creative teams with passion for the Cimmerian,” added Fredrik Malmberg, President & CEO of Cabinet Entertainment. “Jason and Mahmud are crafting a really strong story, it’s amazing to see the process and pages coming through. Esad Ribic’s covers evoke the classic Conan, yet with his own distinct and personal freshness. Crom!”

Conan the Barbarian #1 will hit stands in January 2019. 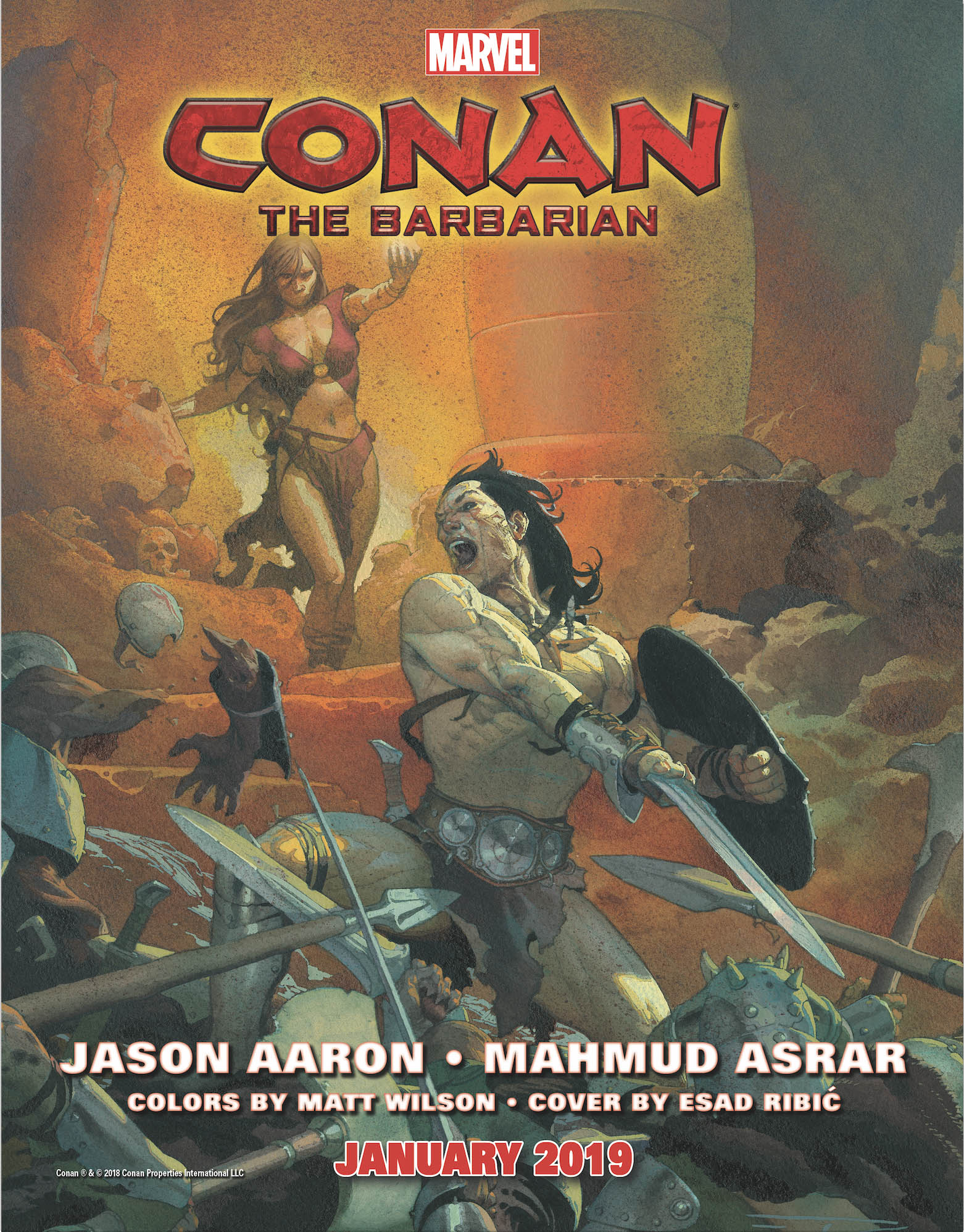