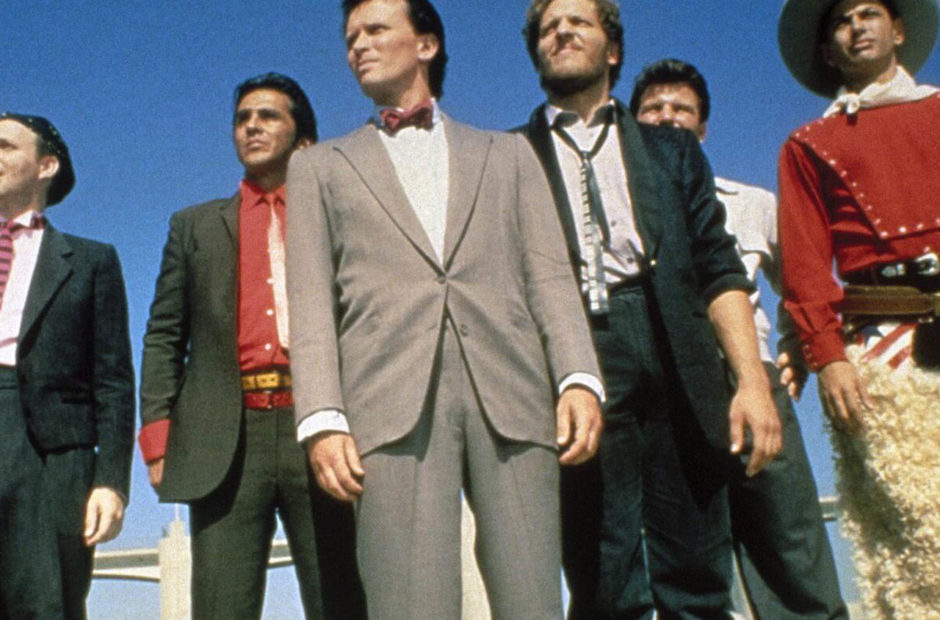 This time around it’s August 15, 1984, and we’re off to see The Adventures of Buckaroo Banzai Across the 8th Dimension.

Sean here: Yes, we changed things up this week as Eric had never watched the movie. It was decided I should recuse myself as there is no way for me to be objective about one of my favorite movies of the 80s…

The Adventures of Buckaroo Banzai Across the 8th Dimension

Many of the movies we talk about throughout our 1984 series, we’ve seen dozens of times. If I sat down, I could probably write out most of the script to Ghostbusters from memory. But I’ve never seen Buckaroo Banzai: Across the 8th Dimension. Until now. 35 years after it hit theaters, and after years of friends poking and prodding me, amazed that I somehow had not yet seen Buckaroo Banzai despite a general love of 1980s movies, sci-fi, and over-the-top heroes like Buckaroo himself.

Buckaroo Banzai plays in the space created by dozens of heroes before him. Buck Rogers, Indiana Jones, Allan Quartermain, John Carter, James Bond, and even Batman. The movie is at once an inside joke and something to be taken deadly seriously by the viewers. It pokes fun at its lineage but keeps a straight face the whole time.

Buckaroo Banzai is a neurosurgeon, a physicist, a test pilot, and a rock star. He sounds like a hero made up by a 13-year-old boy – as if someone described Batman to someone who’d never heard of Batman. He’s ultra-intelligent, but he has an emotional heart and he can handle himself in a fight. When we meet him, he’s testing a device that will allow its user to phase through solid matter. In doing so, though, Banzai enters the 8th Dimension and comes out with something attached to his car that allows aliens, living in secret on earth, to initiate their plan to return to the planet they were exiled from and take it over from the peaceful part of their race.

To stop the aliens, Buckaroo needs help from his friends/rock band/A-Team of specialists like Reno Nevada, New Jersey, Rawhide, and Perfect Tommy. Together, the team unites with the good aliens to stop the bad ones and save the girl, Penny Priddy.

Watching Buckaroo Banzai feels like starting a movie series with tons of lore midway through one of the sequels. Its core joke is that it pretends you’ve seen the (nonexistent) first four films in its series, and so all along the way it tosses out jargon and references that allude to those prequels. But the joke works because while we don’t know anything about Banzai, we can find all the pieces on the larger cultural shelf he sits on. We can imagine him at work in the lab, rocking out on the road, and fighting villains because we’ve seen heroes do all these things before. The film plays with our cultural consciousness of these sorts of characters such that it can spit nonsense at us from frame one and get away with it.

With Banzai using the form of these On-Going Heroic Adventures, it’s free to go absolutely buck wild in that space. We can have a race of aliens called the Lectroids from Planet 10 and just say that like it’s a fact because it was established in a previous adventure. We can have the aliens all be named John because Buckaroo and crew barely flinch when they discover it. In this way, it’s the opposite of an obvious genre parody like Spaceballs. Where Mel Brooks would stop to mug for the camera – which works spectacularly in the Mel Brooks rhythm – Buckaroo and his team keep running because in his world, nothing is ridiculous – not when the world’s at stake. In Brooks’ world, comparatively, even the literal end of the world is a farce.

All of this has a weird side effect. By taking all of this silliness so seriously, it opens up a playspace. I talked about this back when we discussed Ghostbusters. Buckaroo gives us, in the course of 102 minutes, just enough information that we can build off of it in our minds. We know about Buckaroo and his team, and we get an idea of the kind of world they live in, one where the news talks about a guy going through the 8th Dimension as if it’s news, but totally reasonable news. Where a Neurosurgeon Rock Star can get the President of the United States on the horn, tell him about an alien race where everyone is named John, and get the go-ahead to go in on his own. From there, the adventures start to write themselves.

From all this, I totally get why Buckaroo Banzai became a cult classic. It plays with the very form its target audience eats up, both poking at it and paying it reverence. It’s a joke that everyone watching it is in on — or can believe it’s in on.

Even as the credits roll, they’re still playing it straight. While Buckaroo Banzai Against the World Crime League may be a real movie script in writer W.D. Richter’s drawer, it doesn’t matter that it never happened, because that’s part of the form. “Look for James Bond next in… Octopussy!”

We know these heroes never die, and for Buckaroo to be immortal, the movie has to tell us that that’s exactly what will happen.

And we can’t not talk about those silly end credits. Part of it is that it continues the joke. As the characters step out of nowhere, it’s as if the movie is saying “Hey, here are all your cool friends from your favorite movies!” But part of it is just the extremely 1980s-ness of how it’s filmed. A bunch of actors walking in what I’m guessing is the concrete bed of the Los Angeles river to cheesy synth music. It’s totally undeniable from when, and what mindset, this movie hails.

And because it’s a cult classic, it’s hard not to look at the cast with admiration. On the side of the heroes, you have Peter Weller, Jeff Goldblum, and Clancy Brown among others. And then among the aliens, you have Christopher Lloyd, John Lithgow, and Vincent Schiavelli. These actors range from legendary in their own rights to cult-favorite character actors. It’s one of those groups that I can’t help but look at and wonder if they knew what they had.

I suspect that, in the end, I’m far too late to Buckaroo Banzai for it to hook into me the way it has so many other nerds, but I also get why. It’s lowkey genius that rides the line of making fun with its audience and making fun of its audience perfectly, and delivers something that stands the test of time extraordinarily well.