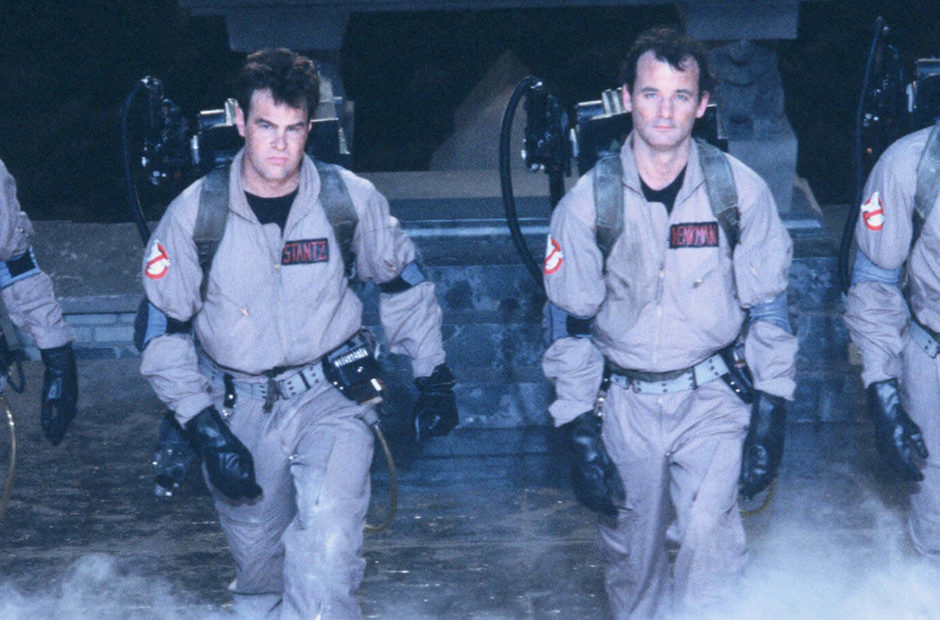 This time around it’s June 7, 1984, and we’re off to see Ghostbusters, Gremlins, and Top Secret. In a bit of a change up this week, Eric Frederiksen will be taking duties on Ghostbusters.

There are few movies I’ve seen as many times as I’ve seen Ghostbusters. There are few movies from which quotes pop into my head unbidden in all kinds of life situations. And few movies have had the cultural footprint that the original Ghostbusters did. The movie assembled some of the greatest comedy actors and writers of the time and instead of putting them in a simple situational comedy, it dropped them into a bombastic movie with then-cutting-edge special effects. It was weird, but it worked.

I don’t even have to re-watch Ghostbusters to tell you if it holds up – it does. With the exception of some very 80s fashion decisions – I’m looking at you, Gatekeeper – a lot of Ghostbusters is timeless.

Part of what made me fall in love with Ghostbusters was the fiction at the periphery. The core movie of Ghostbusters really isn’t about anything in the way most movies are. It has lots of ideas littered throughout, but it’s ultimately more about the interactions of the cast than it is about any core idea. It’s more about the chemical reaction and spectacle of the ensuing explosion than it is about watching a carefully-tended idea grow. It’s fun to watch in the moment.

But Ghostbusters was the first movie, I think, that let me start imagining the world beyond the confines of the movie. The four characters at the center saved the world, but they did it because it was their job. The movie develops the workaday life of the Ghostbusters before it tasks them with saving the world. And so by the time they cross the streams, we know that they’ll continue existing, continue busting ghosts and feeling good (a direct result of said ghostbusting). They have all these arcane classifications and reference books that they mention casually and tools that they use. They’re not chosen ones – they’re just some guys. It’s easy to imagine myself in that spot, learning the ropes and calling in a class 7 full torso manifestation. It’s an accessible magical reality fantasy that lets anyone and everyone into the story.

I often think about what I would like filmmakers to take away from successful movies. Alien and Aliens are about putting well-written women into interesting situations. For me, Ghostbusters is about the power of alchemy. Not in the sense that the characters use alchemy, but that the movie itself is the culmination of a number of unpredictable elements working out; Eddie Murphy being busy, New York being still-affordable to film in, Bill Murray phoning in his role, Dan Aykroyd having the spiritualist background to make the fiction feel alive. You can write other Ghostbusters stories, and they can be very good (I love Ghostbusters 2, The Real Ghostbusters cartoon, and the 2016 Ghostbusters film all for different reasons), but they’re never going to hit the same perfect alchemical reaction that the original achieved – one that still works today. 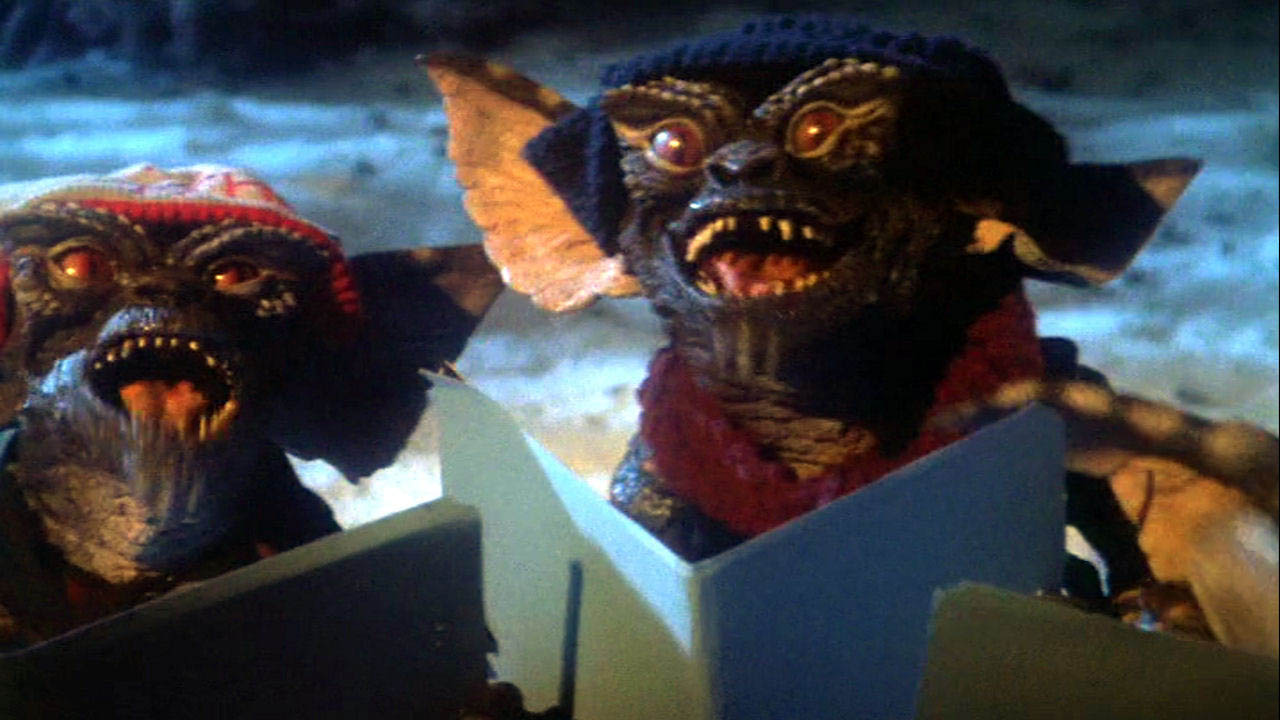 I love Gremlins. I’m not ashamed to admit it. Is it a brilliant film? No. But it is something pretty darn original for its time. A combination of horror and comedy was just becoming a concept at the time, and the ease with which the world was set up is just amazing. As with Streets of Fire last week taking just four words to establish a world, Gremlins set out three rules and we were on our way.

Randall Peltzer (Hoyt Axton)  is an inventor of dubious successes to be sure, but he comes across a little creature called a Mogwai and he knows he must have it for his son, Billy (Zach Galligan). Billy renames the Mogwai to Gizmo, and we’re off to the races on one of the oddest films of 1984, but also amazingly delightful and fun.

As I mentioned a few weeks ago, Indiana Jones and the Temple of Doom started the debate for a new rating – what would eventually become PG-13 – Gremlins kind of sealed the deal. It was marketed with an incredibly cute creature, and even the eventual Gremlins were not shown in marketing to be violent, but at its core, this was a dark film. From Kate (Phoebe Cates) telling the story of how her father passed away and ruined her joy of Christmas, to the Gremlins being just generally grotesque in every way imaginiable.

It was a bold film, and not your typical summer fare. It was new and different, and it’s still very watchable today. Sure some things seem dated, but in general the film is timeless and more than worth your time to check out if you’ve never seen it. 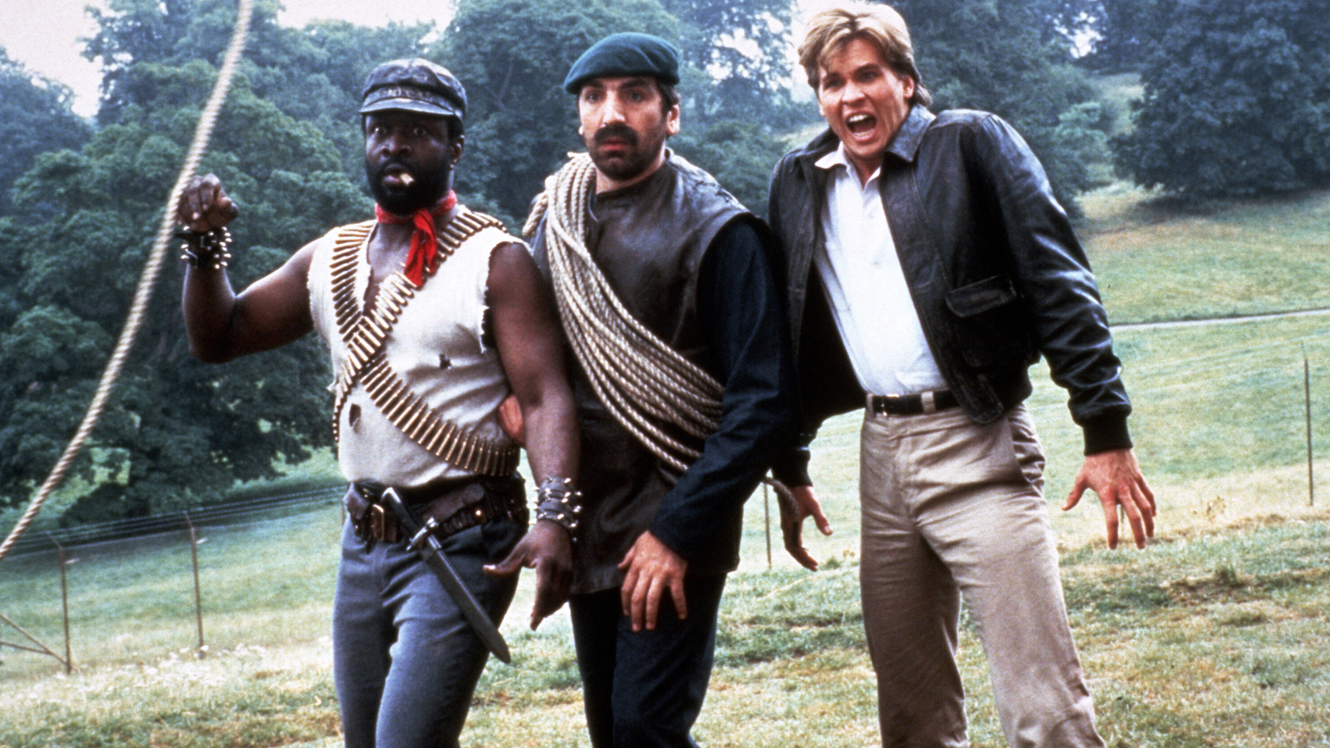 Jim Abrahams, David Zucker, and Jerry Zucker made one of the funniest movies I have seen in Airplane!. To this day, no matter how many times I’ve seen it, that movie will still make me laugh.

I haven’t seen Top Secret! in years and was ready to laugh.

In the entire run time of the film, I did not laugh once.

Where Airplane! has a story and character arcs – not deep ones, mind you – Top Secret! is just a complete muddled mess of different genres, tropes, and stereotypes. I remember laughing at it 35 years ago, and now it was bordering on painful and I couldn’t wait for it to end.

It’s hard to believe this was Val Kilmer’s first starring role and he was able to go on to anything else, let alone making one of my favorite 1980s comedies, Real Genius.

If you’re interested in returning to the films of the 1980s, this one should definitely go on the “skip it” pile. This one was so bad I wanted to travel back to 1984 and smack myself for laughing at it.

1984 Movie Reviews will return on June 22 with The Karate Kid and Rhinestone!