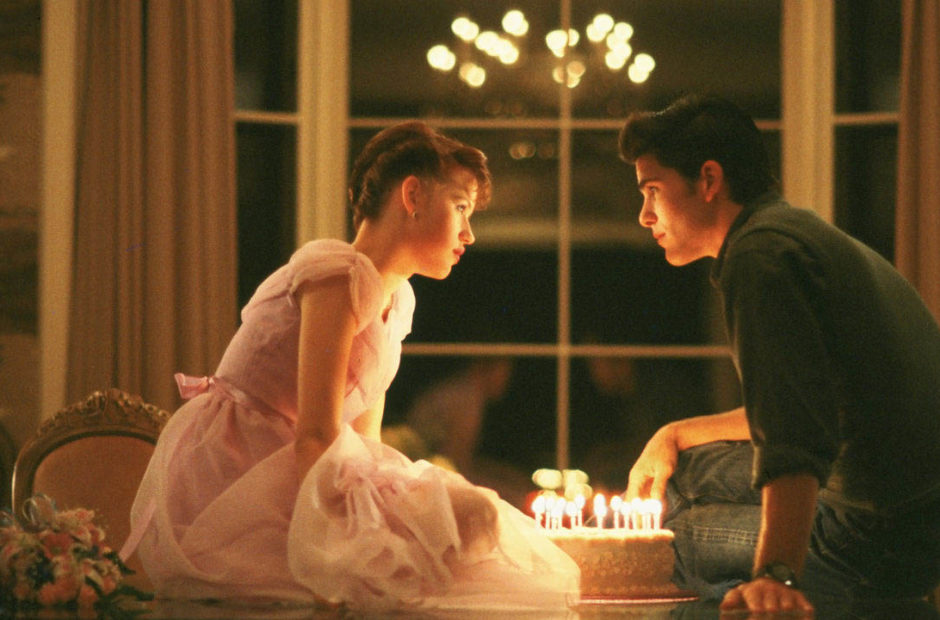 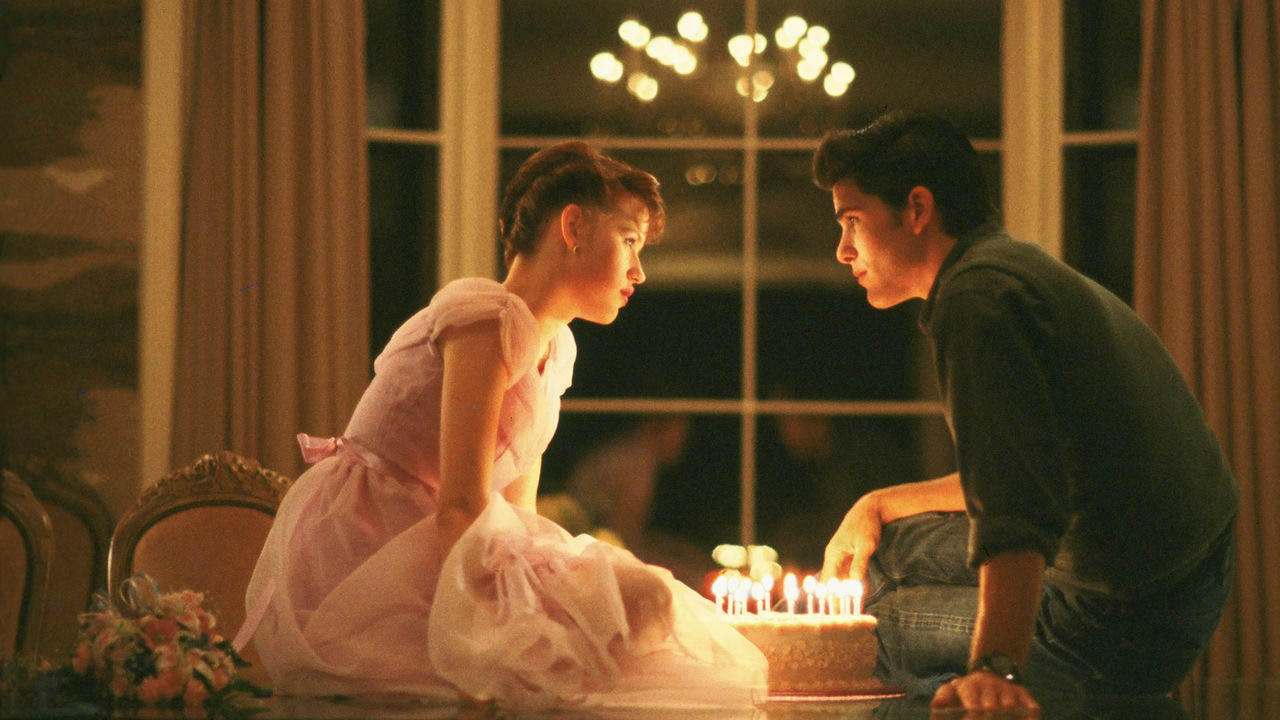 When I was first coming up with this series of posts, one of the films that convinced me to go with 1984 was Sixteen Candles. I haven’t watched it in 20 years or so, but I remember renting it from the video store and enjoying it so much I watched it a second time before returning it. Going back and watching this movie would be a joy.

Excuse me while I travel back to 1984 and tell myself everything wrong with this movie.

Lets just get the problematic bits out of the way. I, of course, clearly remember Long Duk Dong (Gedde Watanabe), and even then remember thinking, “That’s kind of racist.” That’s all I’m going to say on that. It’s there, we all know it’s there.

Then there is the whole issue with Caroline Mulford (Haviland Morris). Later in the film, as the party is winding down, Jake (Michael Schoeffling) talks about how he could go up to his bedroom and ‘violate’ the passed out Caroline 10 different ways if he wanted to. He then passes the passed out woman to Ted (Anthony Michael Hall) and tells him to take her home, while also implying he can do anything he wants with her. Which he does, but apparently it’s okay because the next morning she thinks she enjoyed it.

My jaw was on the floor watching this back as an adult.

As to the actual plot of the film, you come to realize the plot of the film takes place over one day. Sam (Molly Ringwald) fills out the sex survey, Jake accidentally picks it up and sees Sam like him, and becomes obsessed with her. The school dance and the party are at Jake’s house are that night. So somehow, Jake seeing his name on some note written by an underclassman makes him upend his life and pursue a girl he barely even knows to the point he sends his soon to be ex-girlfriend off to presumably be molested.

The event that causes the title of the movie gets mentioned a total of four times. Other times there are long stretches where it has absolutely no impact on the story.

Going back and revisiting this movie I thought would be a pleasure, and instead, I walked away confused, frustrated, and angry at it.

Even if you ignore the sexual assault and racist moments of this film – and I’m certainly not suggesting you should –  it is just a flawed movie from top to bottom. The acting is good to be fair, but the plot of the film is just nonsense. 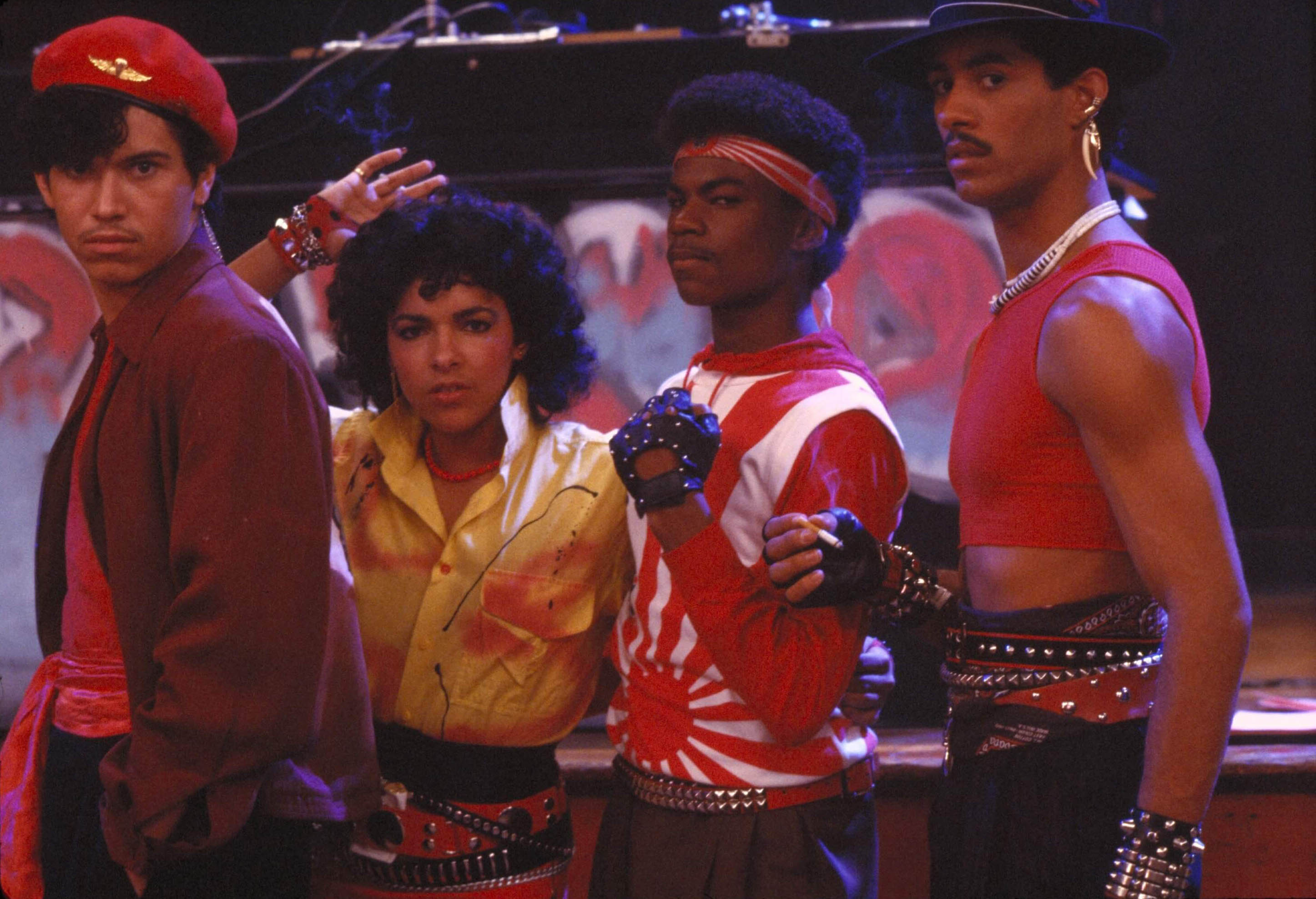 While Sixteen Candles has gone on to be a cultural touchstone, it didn’t win the box office in ticket sales the weekend it came out. That honor went to Breakin’.

Based on the documentary Breakin’ ‘n’ Entertin’, Cannon hired many of the subjects of that film to star in this break dancing movie. This led to the first acting job for Ice T who played “Rap Talker.” The part everyone dreams of.

Breakin’ pretty much epitomizes the 1980s ‘we have to fight against the system!’ movie. The problem is, there really is no system keeping these kids down. Kelly (Lucinda Dickey) has a dance teacher (Ben Lokey) who keeps trying to sleep with her – actually, every man in the movie tries in some way – and she simply leaves his studio. Ozone (Adolfo ‘Shabba Doo’ Quiñones) and Turbo (Michael ‘Boogaloo Shrimp’ Chambers) have a rival dance crew that… is just a rival dance crew and really has nothing to do with being in their way.

The speed bumps in the characters lives are really nothing more than excuses for another break dancing scene and there were about a thousand ways the story could have been simplified. But… you don’t want it to be. If you’ve ever wanted to sit down and what a movie that really sums up low-budget 1980s films, this is the best example anyone could ever show you. From horrifically bad opening credits graphics to a training montage… yes… there’s a training montage… to a costume designer clearly thinking they understand street fashion, it’s all here.

This movie is not good, but it does indeed come all the way back around to awesome in its own way.

Your brain will rot a little bit, but it’s a perfect little time capsule of this time period, and we love it for that.

1984 Movie Reviews will return on May 11 with Firestarter and The Natural!