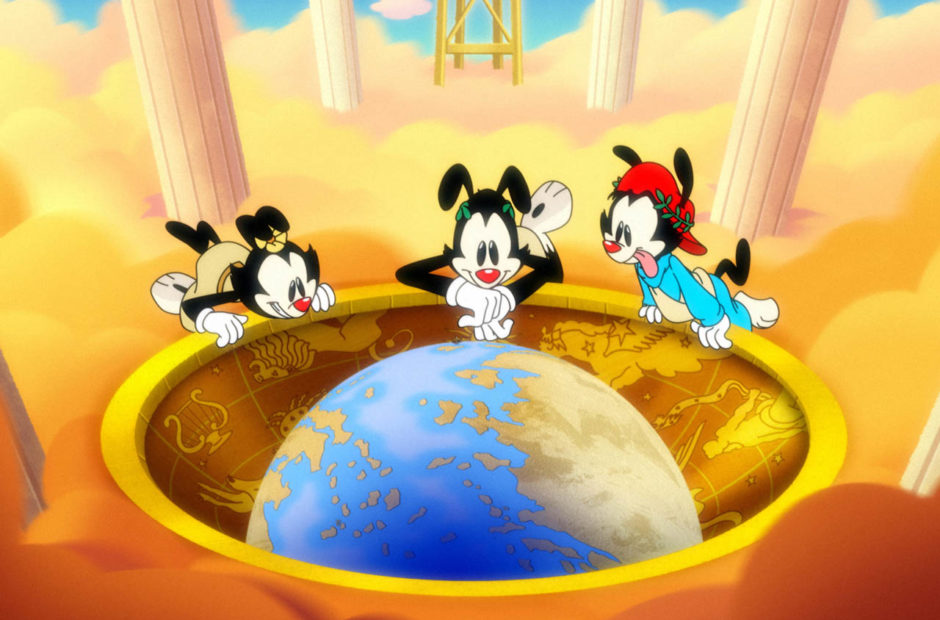 The Animaniacs are back, and the Warner Bros. studio lot will never be the same.

After five seasons and one movie, the Animaniacs are back after a 21-year absence. While the series feels familiar, it just doesn’t quite reach the heights of the original incarnation.

The voices are the same as Rob Paulson (Yakko Warner & Pinky), Jess Harnell (Wakko), Tress MacNeille (Dot Warner), and Maurice LaMarche (Brain) all return. It’s a joy to hear all of them back and in fine form.

Where things go off the rails a bit is the episodes are set up as 45% Animaniacs, 45% Pinky & the Brain, and the last 10% is a bit of a catch-all not connected to either of the shorts.

The Animaniacs just feel off somehow. While the original series had them dealing with goals (say, such as in “Potty Emergency,” it was just Wakko trying to find a bathroom), this new incarnation just feels too focused on a coherent goal/plot with just brief asides that feel more in line with the original series.

What is also missing is what made up the Animaniacs wasn’t just the Warner siblings. It also involved segments from the Goodfeathers, Slappy Squirrel, Buttons and Mindy, Katie Ka-Boom, and more. The Warners, while the faces of the series, were never the full sum of the series.

On the other hand, the Pinky & the Brain segments feel like perfection and as if they never missed a beat. True, it is not the most complex concept in the world to have two laboratory mice try to take over the world repeatedly, but it works.

We rated the Animaniacs revival an eight out of 10 stars, but without Pinky & the Brain it definitely would have been lower. While we enjoy seeing out old friends again, we do recommend you go into the new episodes with your expectations slightly in check.

The first season of the Animaniacs revival will debut on Hulu on Nov. 20, 2020.

Disclaimer: Hulu supplied five of the episodes of the Animaniacs for review. We watched all of the supplied episodes before beginning this review.