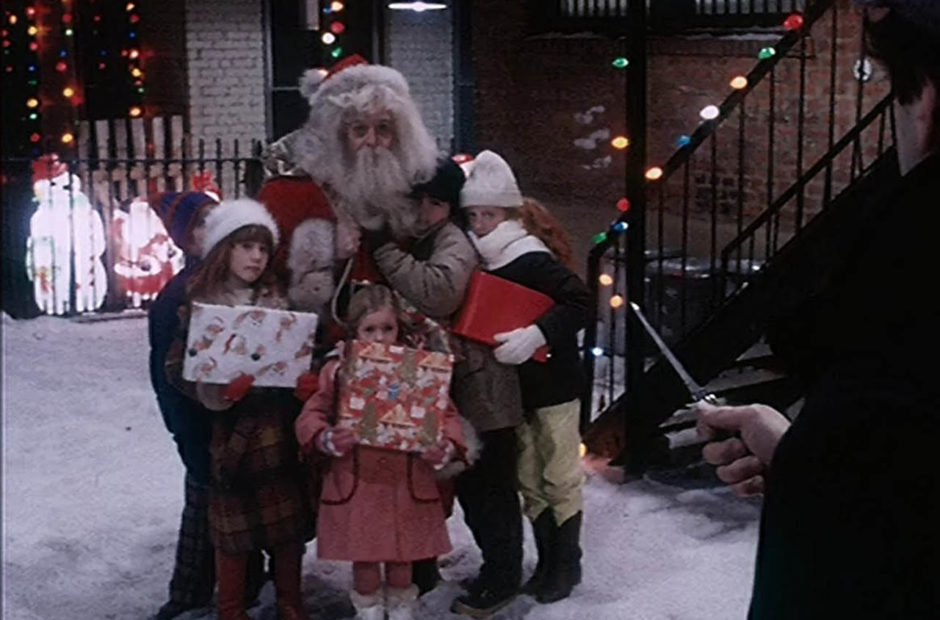 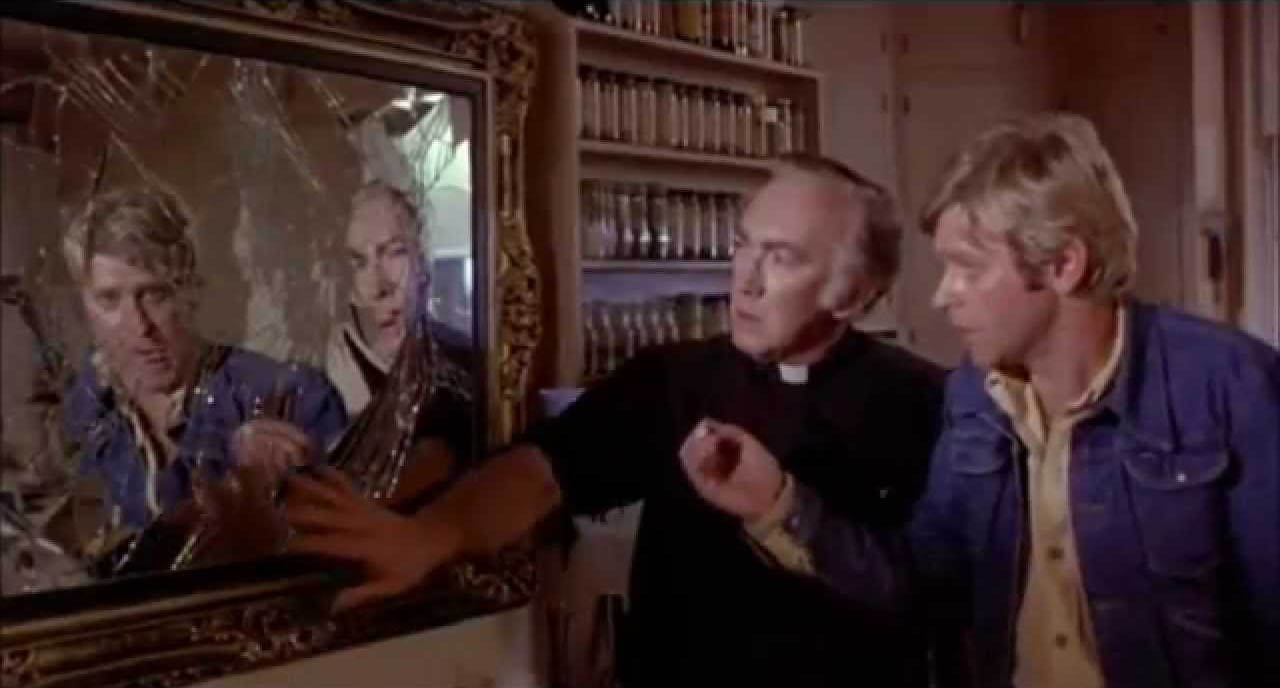 That was pretty much my thoughts throughout my entire viewing of The Boogey Man. The premise is simple enough of a young boy killing his mother’s abusive boyfriend, but then it just goes off the rails into weirdness.

Somehow the boyfriend’s vengeful spirit gets trapped in a mirror, and when he is finally released it seems he’s just going to kill anyone because… why not. Instead of it being focused on the boy who killed him, nope, he’s just going to kill anyone. The random family that moved into the house he was killed in… some teenagers out by a lake… his spirit just feels like killing apparently.

There’s a brief moment of the now adult kids possibly reuniting with their mother, but that never really goes anywhere and seems like a wasted moment.

The Boogey Man is just laughable in how unoriginal it is, and how gimmicky every kill comes across. The movie would have played better if even an off-hand comment had been made about the dead boyfriend had an interest in the supernatural. Even show him with a book, just about anything, but nope, he’s in a mirror and just starts killing because, why not?

This is a definite skip for me, and not anything you ever need to burden yourself with. 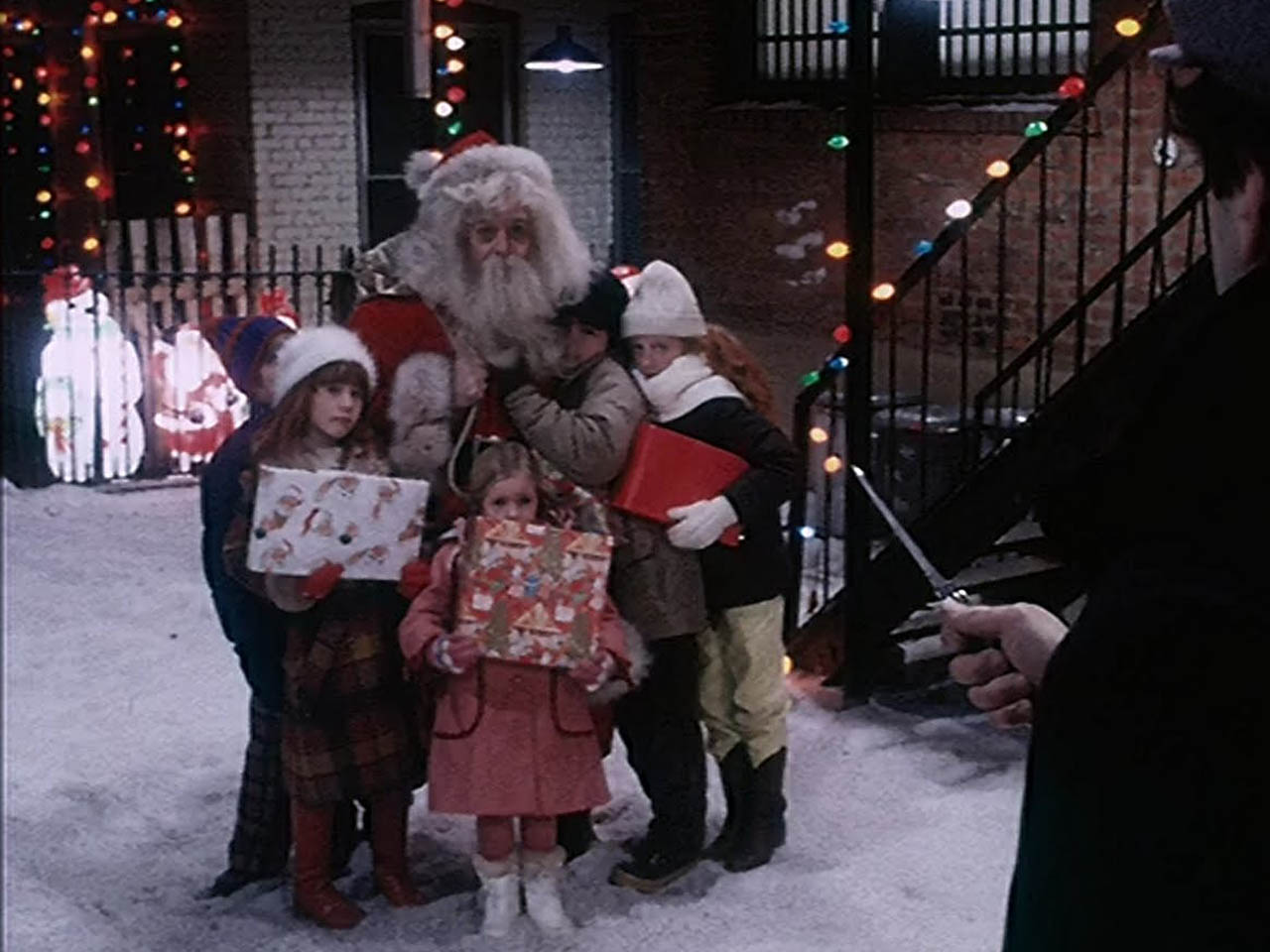 I remember in 1984 when Silent Night, Deadly Night came out and people lost their minds over someone wearing a Santa suit killing people. Apparently, they somehow missed Christmas Evil coming out four years earlier.

Having now viewed both, Silent Night, Deadly Night deserved rage while Christmas Evil is a far more nuanced and interesting film. I will never say it’s a great movie, but it deals with mental illness, the meaning of Christmas, and ends on one of the most puzzling endings I have seen in some time.

Harry (Brandon Maggart) suffers childhood trauma at Christmas that makes him obsessed with the holiday, and when life finally sends him over the edge, it’s natural this is where he would retreat mentally. When he initially kills it doesn’t feel like that it is where he wanted this to go, but circumstances forced him into this. As the movie progresses it becomes a bit more revenge focused, but it works for what he has gone through.

Despite this being a 40-year-old movie, I don’t want to spoil the ending because it is just such a moment of oddness and perfection that you need to experience it for yourself.

It is not the greatest movie ever made, but it’s a fun gem a good number of you have probably not experienced.

Just as a side note, I love that in 1980 they released two slasher movies the week after Halloween. That was some planning to be sure.