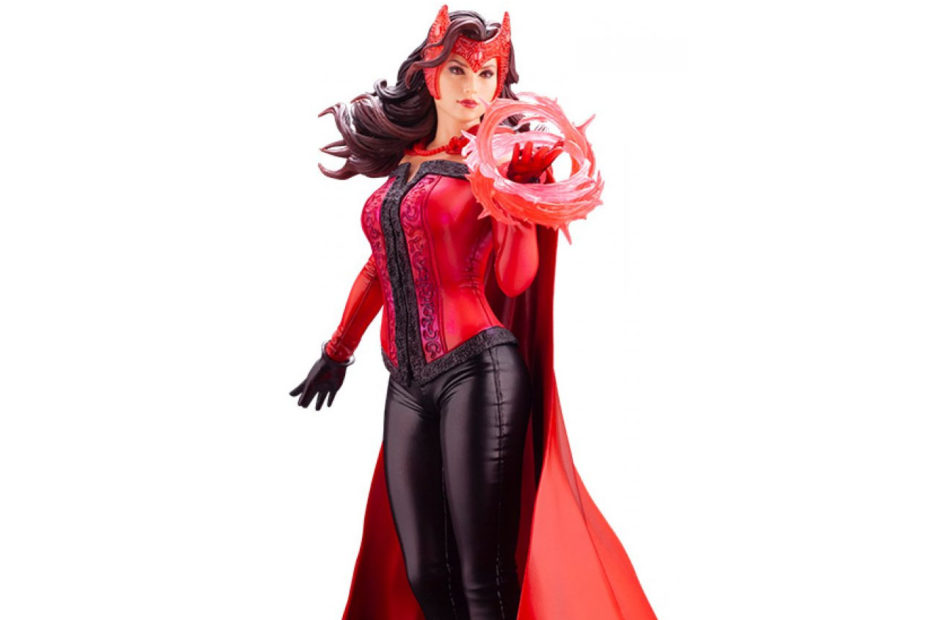 Kotobukiya has announced the third entry in its Women of Marvel Artfx Premiere line, and it’s the Scarlet Witch.

Heading to stores in July 2020, the new Artfx Premiere Scarlet Witch will feature all of the level of detail you’ve come to expect from this line. And with a suggested retail price of $170, it darn well better.

Inspired by the 2016 “Scarlet Witch #1” comic, the elaborate costume design in the sculpt brings out her presence as a “witch,” and the realistic expression and overall “scarlet” color scheme fully showcase the realism and “beauty” of this statue.

Despite her face being smaller than 3.5 cm, the paint decorating the statue perfectly emulates the character’s personality seamlessly. This statue will be sure to woo fans worldwide with her beautiful gaze and expression. The display of her power of telekinesis is beautifully emulated at her fingertips.

Be sure to pay close attention to the fine details in this statue; from the hair and cape that can be seen fluttering about, to the ripples where her toes touch. The base further brings out the tension of this statue with its “scarlet” color scheme and realistic sculpting of the “witch” in this new addition to the ARTFX PREMIER line.

The “beauty” resonating from each statue in this new line in the ARTFX PREMIER series is a work of art that will please collectors worldwide.

This all-new and refined statue will be sure to stand out in any collection. 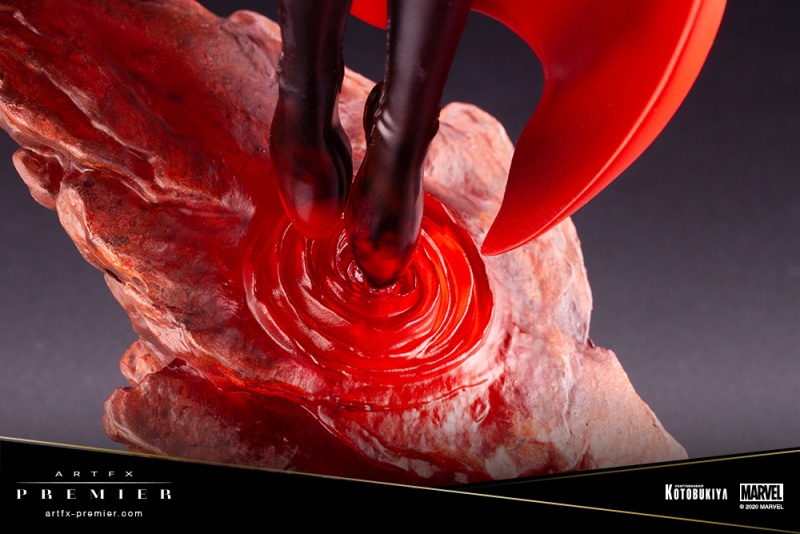