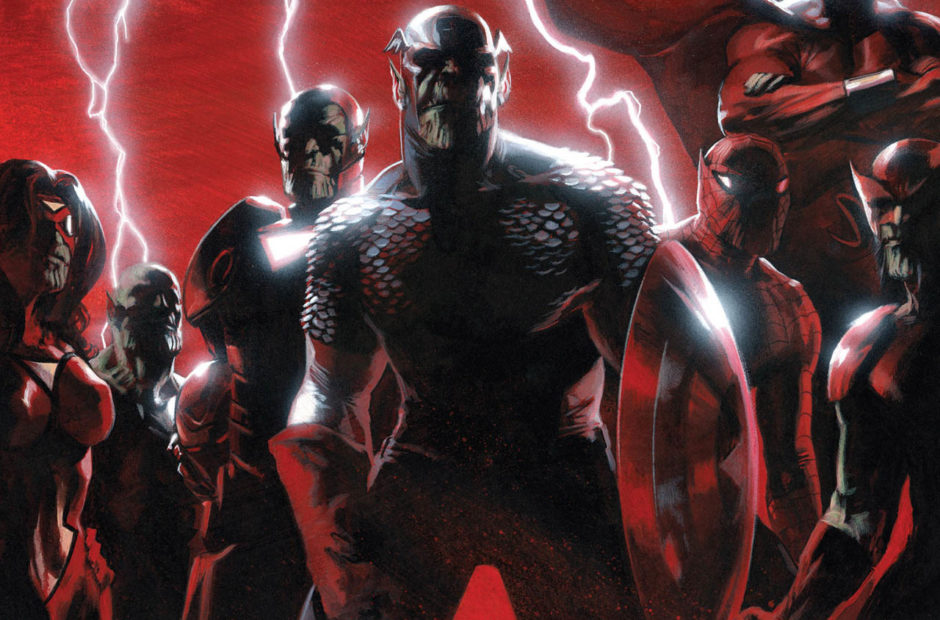 A new report indicates that the Secret Invasion storyline is coming to the Marvel Cinematic Universe, just not in the way we may have imagined.

For those unfamiliar with Marvel’s Secret Invasion, it was a comic storyline that ran throughout Marvel in 2008. In the storyline, it turned out that some of Earth’s heroes had always been shape-shifting Skrulls and were the first part of a planned invasion of Earth.

When it was revealed in the Captain Marvel movie that the Skrulls weren’t evil, but we’re instead refugees, it seemed this stoyline was off the table. Then, when Fury and Maria Hill were replaced by Skrulls in Spider-Man: Far From Home, you had to wonder if that was the first step of possibly bringing it back around.

Now, known leaker Daniel Richtman has posted on his Patreon page that the storyline is being developed for a Disney Plus series and that it will directly lead into the events of Captain Marvel 2. It will also reportedly involve the cosmic arm of S.H.I.E.L.D. known as S.W.O.R.D. The involvement of the latter organization in the MCU has been confirmed via set photos for WandaVision, so it is coming for sure.

This seems like the far smarter way to do this storyline than in a movie. As a six-part TV season – or however many parts – makes far more sense than one movie trying to contain all of the setup.

For now, this is just rumor and should be treated as such, but it is definitely an intriguing one.