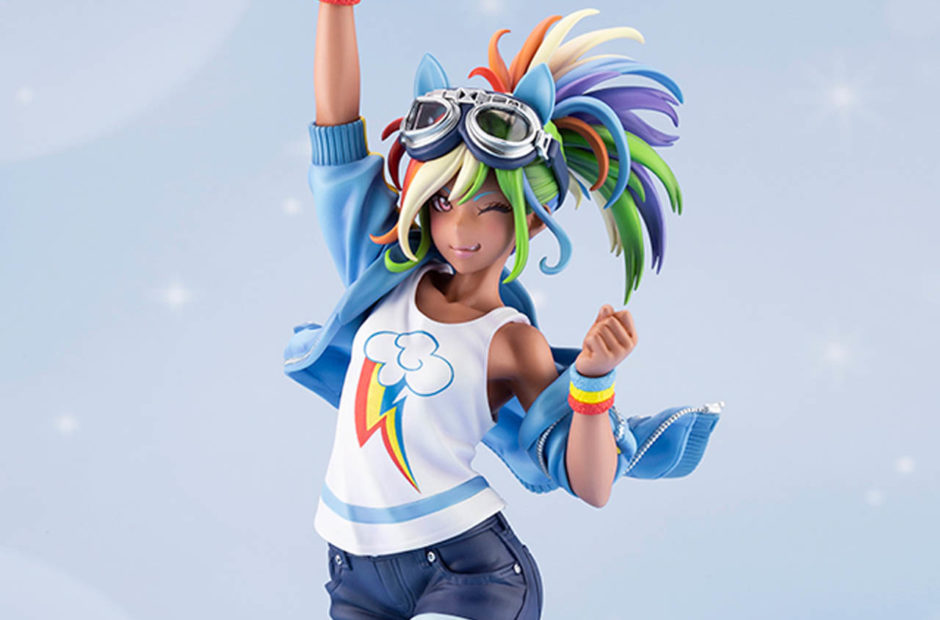 Kotobukiya has released info on its fourth My Little Pony Bishoujo statue, Rainbow Dash! And she’s definitely living up to her colorful heritage.

Even if you aren’t a fan of My Little Pony: Friendship is Magic, Kotobukiya’s line of the ponies as Bishoujo figures has been killing it. They’re dynamic, colorful, and look great in just about any anime collection. Rainbow Dash, in particular, is going to be a standout in particular due to her multicolored hair. There’s going to be no missing her.

Rainbow Dash has been beautifully rendered into the BISHOUJO style by BISHOUJO series illustrator Shunya Yamashita.

Be sure to pay close attention to Rainbow Dash’s dynamic pose and sporty outfit when looking at this statue!

From the original MA-1 bomber jacket to the goggles atop Rainbow Dash’s head which uses both clear and metallic parts, every element in this rendition of Rainbow Dash showcases a girl who looks up to the one and only acrobatic team, the Wonder Bolts. Also, check out the adorable wings and Rainbow Dash’s cutie mark adorning these hi-tech shoes! Rainbow Dash’s rainbow colored hair is also perfectly showcased in a ponytail.

This statue comes complete with a beautifully detailed pony that stays true to the original character design.

Rainbow Dash is due out in July 2020. The fifth figure in the series will be Apple Jack, but no word as of yet when her information will be released. 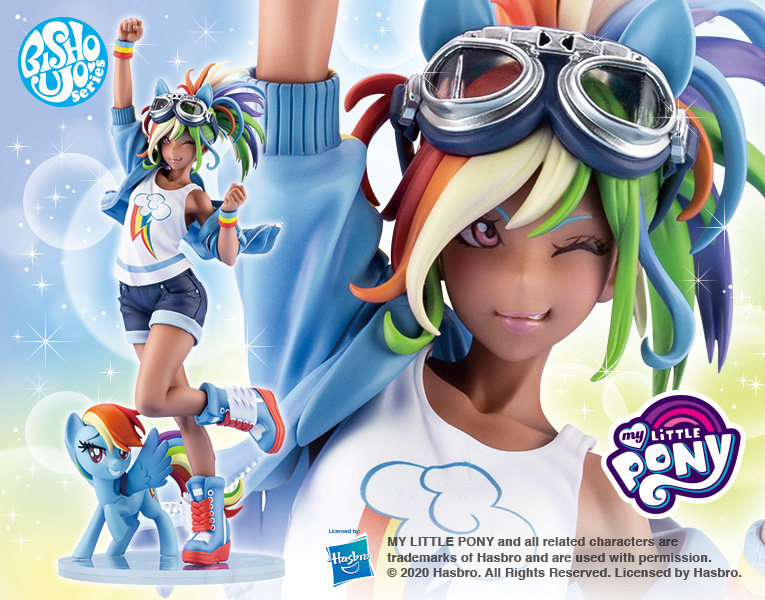