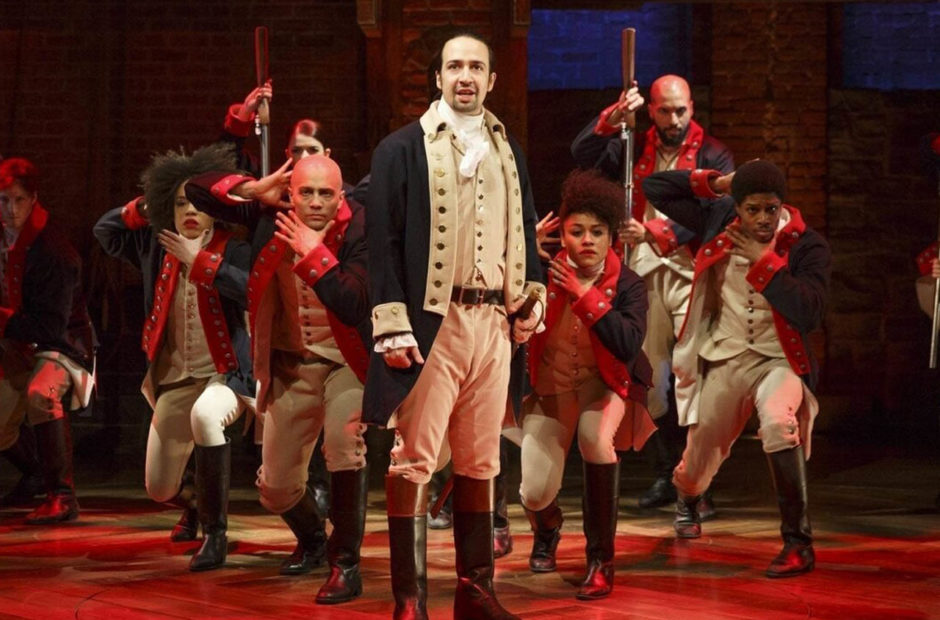 If you don’t ever find yourself able to get out to a Broadway show, you may have missed all of the buzz around Lin-Manuel Miranda’s Hamilton. Never fear, however, it will be heading to your local theater courtesy of Disney.

Walt Disney Studios has acquired the film rights to a recording of the original Broadway production of Hamilton. Disney reportedly spent $75M on the rights to the 160-minute production which also includes the rights for Disney Plus following a theatrical run.

It is not entirely clear how this production was filmed, but Disney is saying that it is “a leap forward in the art of live capture” that will combine live theater and film. “I’m so proud of what Tommy Kail has been able to capture in this filmed version of Hamilton,” said Miranda. He went on to add that it is “a live theatrical experience that feels just as immediate in your local movie theater. We’re excited to partner with Disney to bring the original Broadway company of Hamilton to the largest audience possible.”

The footage was shot in June 2016 at the Ricard Rodgers Theater, two weeks before original cast members began to depart the production.

While we’re intrigued by whatever this new process is, we do have a bit of a wait ahead of us. Hamilton will hit theaters on Oct. 15, 2021, so more than a year and a half from now.