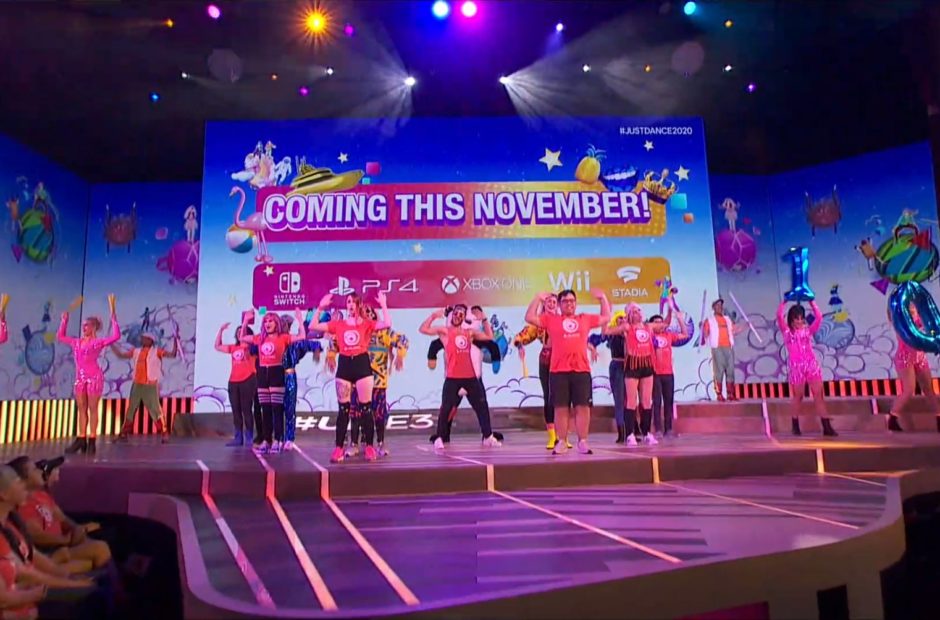 It’s not an Ubisoft conference without an over-the-top dance number to remind us that Just Dance exists. Ubisoft t-shirts, pandas, balloons – it was all here this year. Just Dance is here and it’s bigger than we ever remember. That’s all weird, but it’s pretty typical weird for Ubisoft.

What’s really weird, though, is that in the year 2019 AD, this November, Just Dance is coming to the Nintendo Wii.

Yeah, you read that right. It’s coming to the Nintendo Wii. It’s also hitting Switch, PlayStation 4, Xbox One, and Google Stadia. Now, if you think back – way back – you’ll remember that the Nintendo Wii was released in 2006.

If we drill down and think for a moment, it makes some sense. Just Dance is aimed at a very mainstream crowd – the same mainstream crowd that doesn’t typically sit down and play games, but rather one that found the idea of air bowling and such enticing enough to buy a whole game machine for it. The truth is, there are probably still a lot of Wii systems plugged into TVs, and the only things they play are Wii Sports and Just Dance.

Even so. The Wii is a 13-year-old console, and there’s a whole other system between the end of the Wii’s life and the beginning of the Switch. This would be like releasing the game on the PlayStation 2 or Xbox in terms of generational gap. The Wii is really old. But it’s popular enough that a massive publisher has a game in active development for the system, so there must be quite a few of them out there.

Just Dance hits Nintendo Wii (and those other systems) this November.