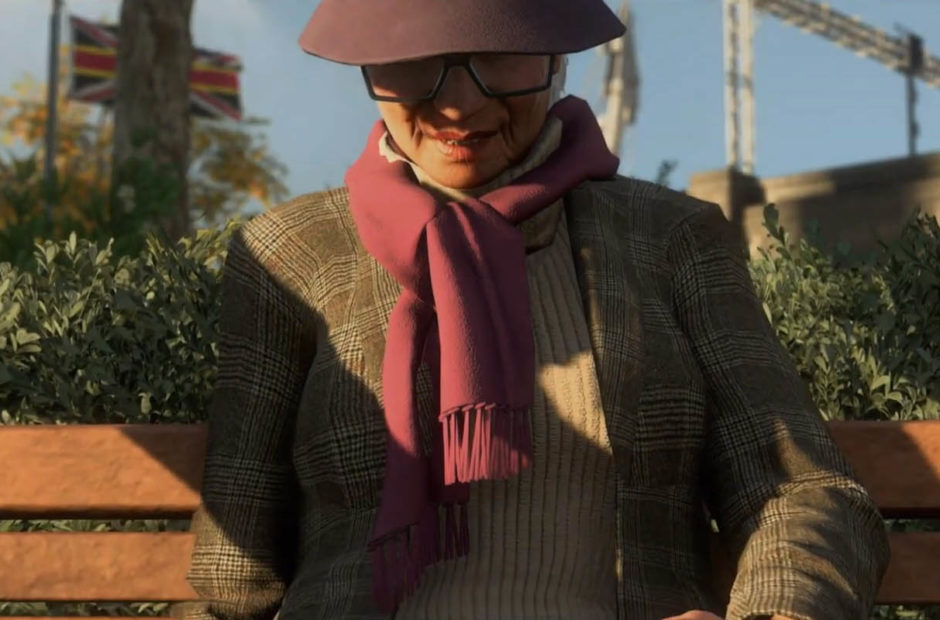 After a few years off, Watch Dogs is back, and it’s doing things a little bit differently. In the past, we’ve always played as a single character fighting the establishment with the help of a crew while getting support in the form of faceless, nameless followers. In Watch Dogs Legion, you are the followers.

In Legion, you can recruit any number of citizens in this dark but too-close-for-comfort take on post-Brexit London, and then you can play as them. Any of them. In the demo, we watch the player play as a cockney bruiser, a young woman fighter, and an elderly hacker named Helen. Helen is awesome, and the internet is in love with her.

Fuck yea lets see what Helen's up to #WatchDogsLegion #UbiE3

In Watch Dogs Legion, you can recruit anyone, play as anyone, and permanently die as anyone. All these characters are fully voiced and animated. Where technology was the weapon in previous games, people are the weapon in Legion.

And we’ll get to play as Helen when Watch Dogs Legion hits PC, PlayStation 4, and Xbox One on March 6, 2020.