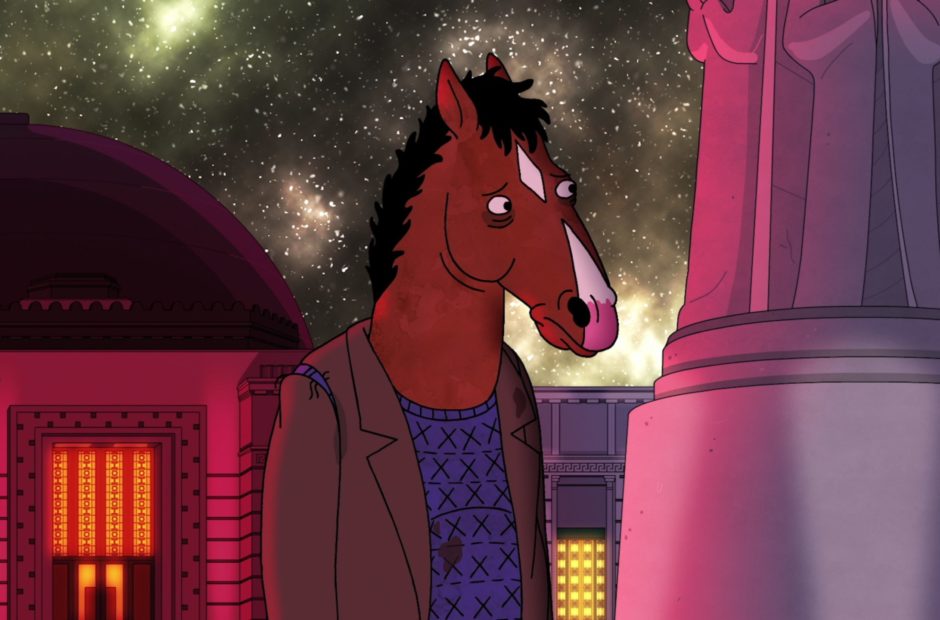 Bojack Horseman and The Good Place asked more of their viewers

This week marked the end of two of my favorite shows: Bojack Horseman and The Good Place. It’s hard not to mourn this week as the end of an era. I’d like to hope that it’s the signal of more shows like them to come, but then I look at moments like Netflix canceling Tuca and Birdie and I’m not so sure. But even keeping that in mind, it’s worth highlighting over and over what an amazing moment in television it was to have both Bojack Horseman and The Good Place being made at the same time. 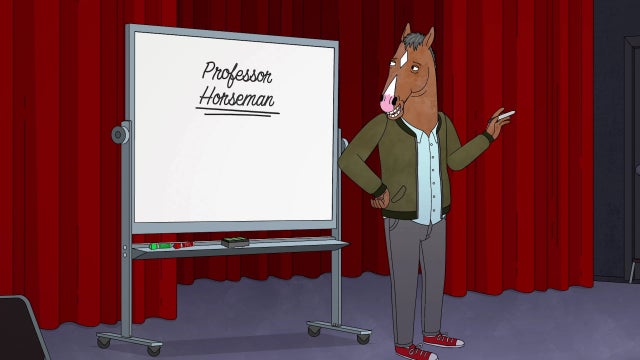 The two aired in different places and in different ways, with entirely different groups of writers. But both shows, in their own way, tangled with things that most television shows actively avoid. Both shows are about our behavior and consequences. They’re about why we make the decisions we do and accountability for those decisions. They’re also, though, about what happens after you’re held accountable. Each show handles these ideas in different ways.

Over six seasons, we watched Bojack Horseman kick and scream in a destructive fit of rage and helpless frustration, hurting those around him. He mostly only had his psyche damaged, but others lost their relationships, livelihoods, sense of security, and even lives as a result of his actions.

The Good Place starts after all that. It’s not about accountability to those around you, but to yourself and to a lesser degree, the cosmos. The show examines our time on earth through a variety of moral philosophical lenses to judge our actions. If you, say, donate shoes made by a company that exploits workers, is that action good or bad? If you feed the hungry, but do so by giving money to a company that drains water sources and exploits communities, how does that balance out–and how responsible are you for the rippling effects of those actions? 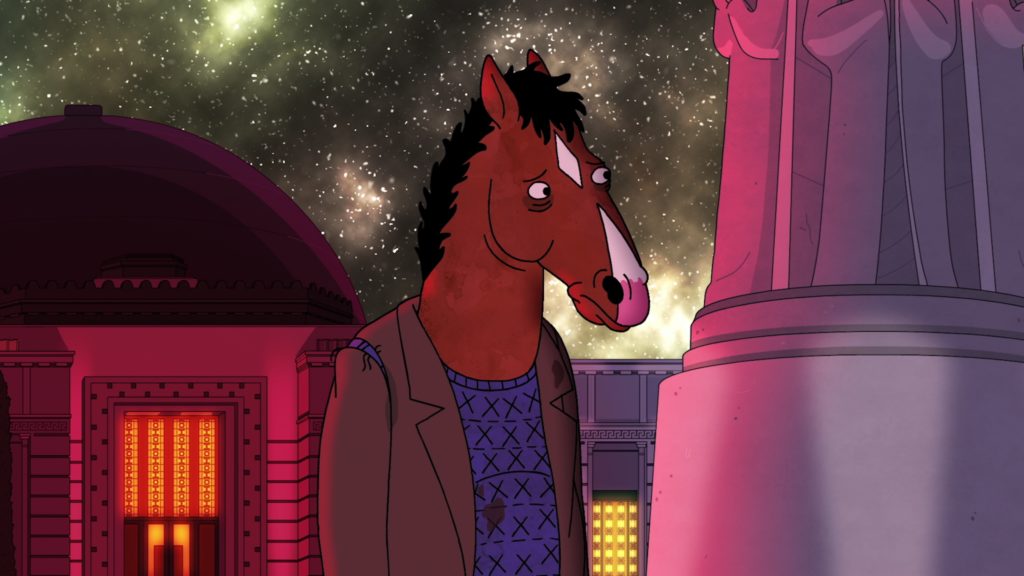 Bojack Horseman responds by holding its objectively despicable protagonist accountable with everyone in his life, alive or dead. As he drowns in a pool, Bojack hallucinates a nightmarish dinner with those whose deaths continue to weigh on him; characters like Sarah Lynn, his mother, and Herb Kazzaz. He survives his semi-accidental suicide attempt and wakes up in jail. A court-approved day out of the slammer is the show’s final act.

Bojack learns that the world will ultimately forget about his mistakes and allow him back into popular culture the same way it has so many other toxic men. But Bojack must accept that even if his old friends are no longer angry at him, they may not forgive him; their forgiveness is not his to take. His former agent/girlfriend promises to connect him to other agents and passes on representing him herself. His biographer/friend/almost-love makes it clear, without saying it in so many words, that she won’t make room for him in her life any longer. Forgiveness is only his to receive, not ask for.

While The Good Place doesn’t suggest the effects of one’s actions are irrelevant, it is more concerned with the intrinsic. The show questions whether doing good when you know there’s a reward at the end of the line is actually good–Bojack asks this question in its penultimate episode, too–but ultimately the show is more interested in the idea that we can learn from our actions. It suggests that understanding how our behavior affects others can help us behave better. The eternal torment of the Bad Place is part of a path to redemption rather than an end unto itself; even the Good Place is not an ending, but rather a place to learn. The Good Place isn’t a reward per se, but the time it offers is. 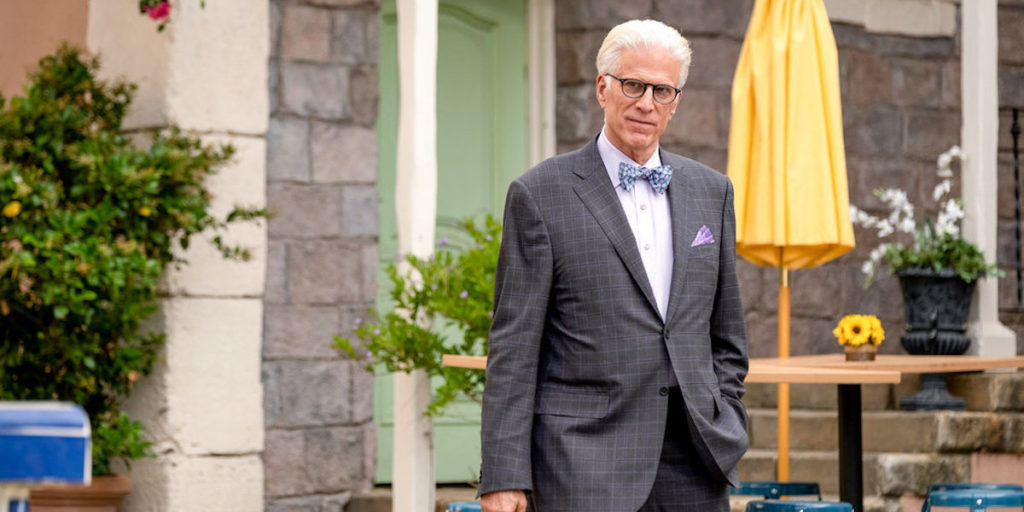 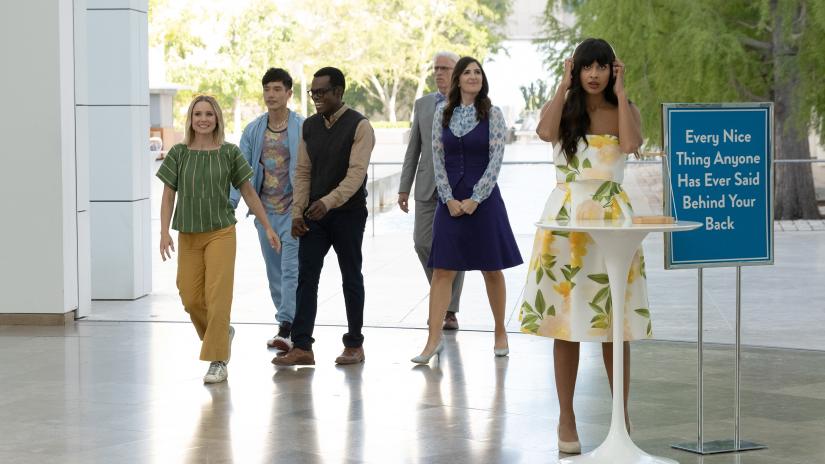 Both of these shows hide these ideas in their humor and stunning visuals. The Good Place gives its characters room to be slapstick idiots even as they seek enlightenment. Bojack skewers Hollywood and popular culture and delights in making its voice actors perform the vocal equivalent of a gold-medal-worthy gymnastics routine. Both shows fill their backdrops with enough jokes that you could double the run-time just pausing to read every quip and reference.

The Good Place isn’t shot quite like peak TV (Game of Thrones, The Witcher, etc), but it also stands apart from other half-hour comedies. Bright colors and sunlight set the tone for much of the series, especially when our main characters are in the Neighborhood. The look of the Bad Place acts as a contrast to this. The show uses tons of weird special effects, like the “Baby Elephant Made of Pure Light That Tells You True Secrets About the Universe” or the super-evolved incarnation of Derek we meet in the hour-long finale. The show has sets it returns to, like Michael’s office and the Judge’s quarters, but we’re constantly seeing new things rather than just watching characters mill around the same three or four rooms. 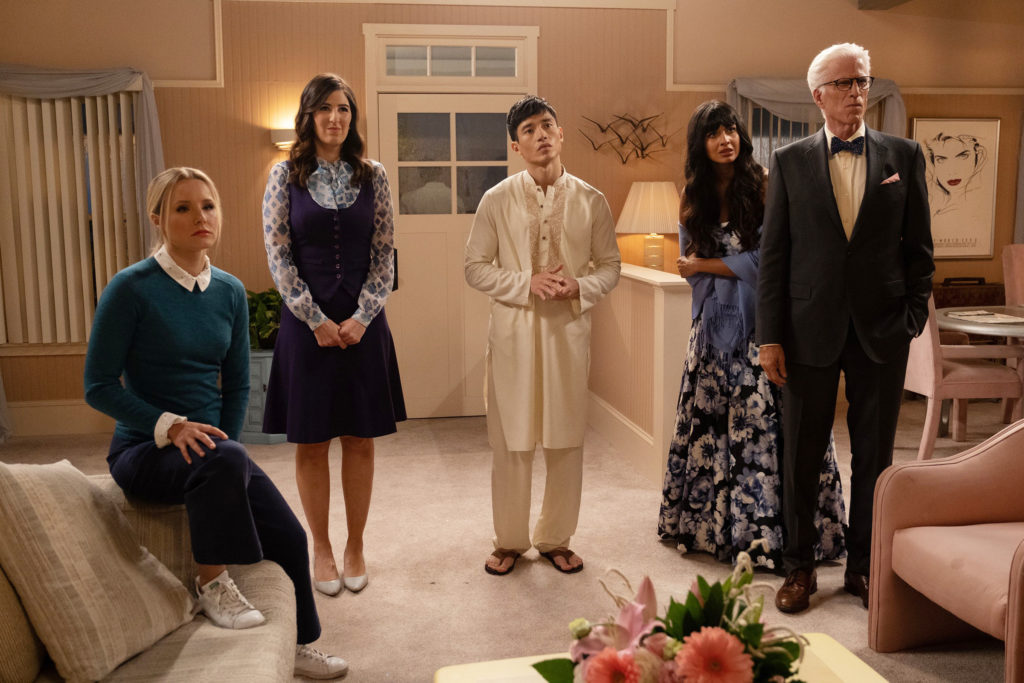 Bojack Horseman, meanwhile, doesn’t let something like reality constrain it. The lines that make up its characters are fairly simple, but the show manages a distinct art style all the same. Characters are brightly colored and can be all manner of creature as long as it serves the story or a solid animal pun. That gives Bojack the visual range to do an episode like the episode “Free Churro” that is almost entirely a shoulders-up shot of Bojack talking; or to do one like “Fish Out of Water,” a fantastical undersea episode that has him trying to reunite a family deep in the ocean, where he can’t talk (or so he thinks). The creators use that flexibility to create stunning shots one after another in between the mundanity of Hollywoo, Los Angeles.

It feels right now like TV falls into one category or another: bombastic puzzle boxes and mindless boilerplate comedies and dramas. Bojack Horseman and The Good Place stand out not just because they have such different takes on similar ideas, but because they’re so different from everything else on television right now.