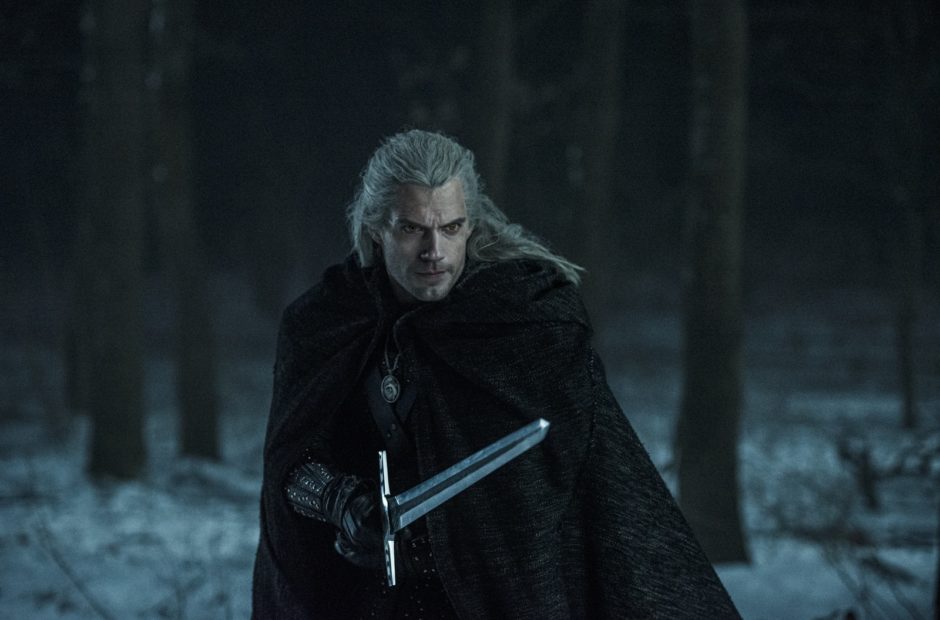 As I awaited the release of Netflix’s The Witcher, I worried about whether it would fall victim to the curse of movies and TV shows based on video games. Movies like Assassin’s Creed, Doom, Prince of Persia, Super Mario Bros. – there have been more bad video game movies than good ones by a factor of three or four times. And technically, The Witcher isn’t a video game show. The show is largely based on the same books that the games took inspiration from.

And that seems to have been a good decision by the showrunners because, for the most part, The Witcher is really good.

A lot of what helps sell the show is aesthetic. Whether you’re coming from the video game or the books, there’s so little to complain about. Even if you hate the weird veiny look of the Nilfgaardian armor, Yennefer and Geralt’s supernatural eyes, purple and yellow respectively, look great. Fears about Cavill’s intimidating physique looking wrong for Geralt were destroyed the moment we got a close-up look at Geralt’s balletic fighting style brought to life. 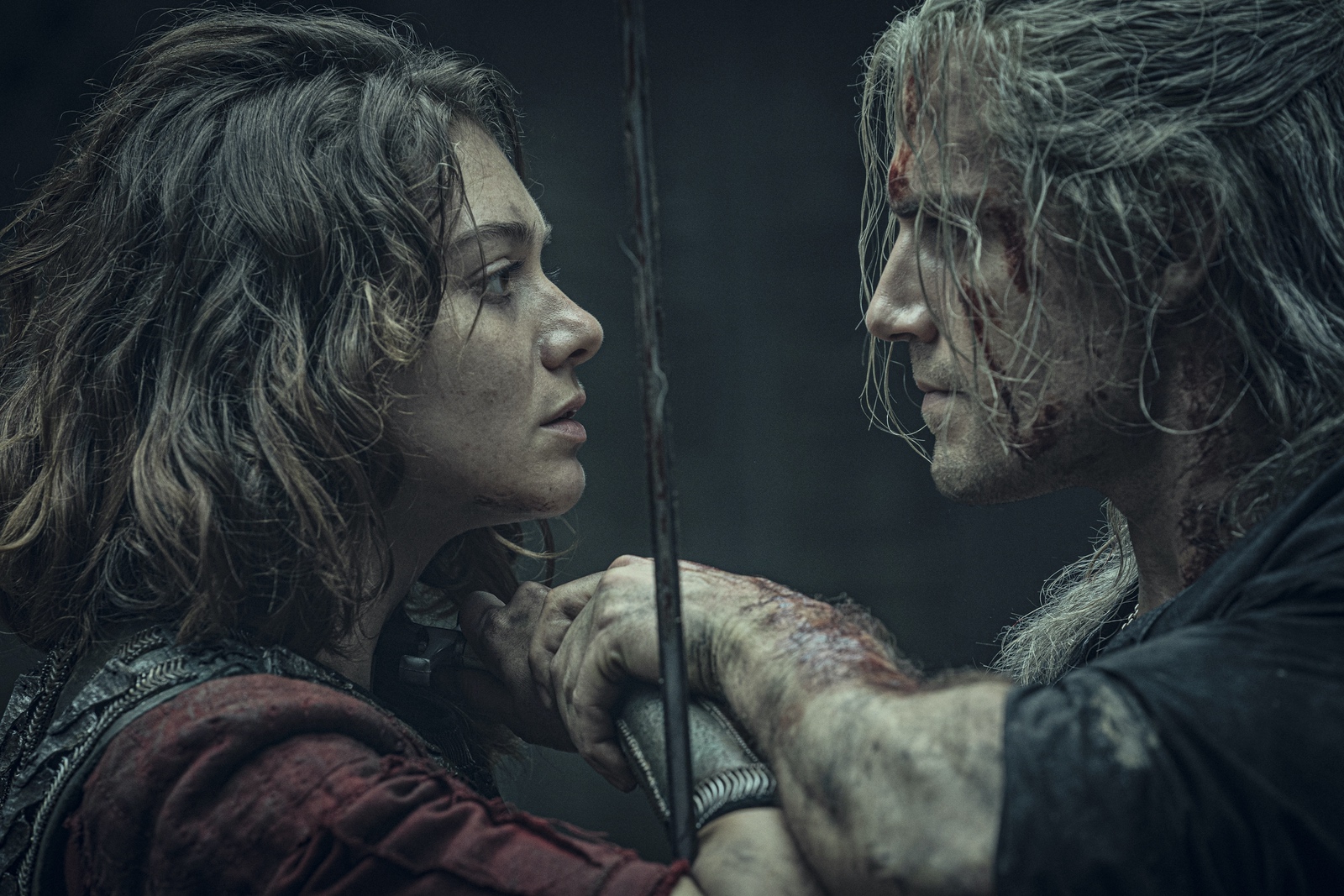 It’s hard to know where to start. Almost all of the costuming is stellar, and Geralt’s design is one place where the showrunners clearly took inspiration from the game; Cavill looks like CD Projekt’s take on the character brought to life by a top-tier cosplayer – and I mean that as a compliment. The world they live in, too, feels straight out of the books. Geralt’s position as a Witcher puts him in front of kings almost as often as peasants, and we see both the huge rooms afforded to royalty as well as the narrow alleys of overpopulated cities.

The music feels right, too. The instrumentation is a collection of wailing vocals, crashing bells, and wandering strings that give it that “dark Euro fantasy” feeling.

And let’s not forget that earworm, “Toss a coin to your Witcher.” 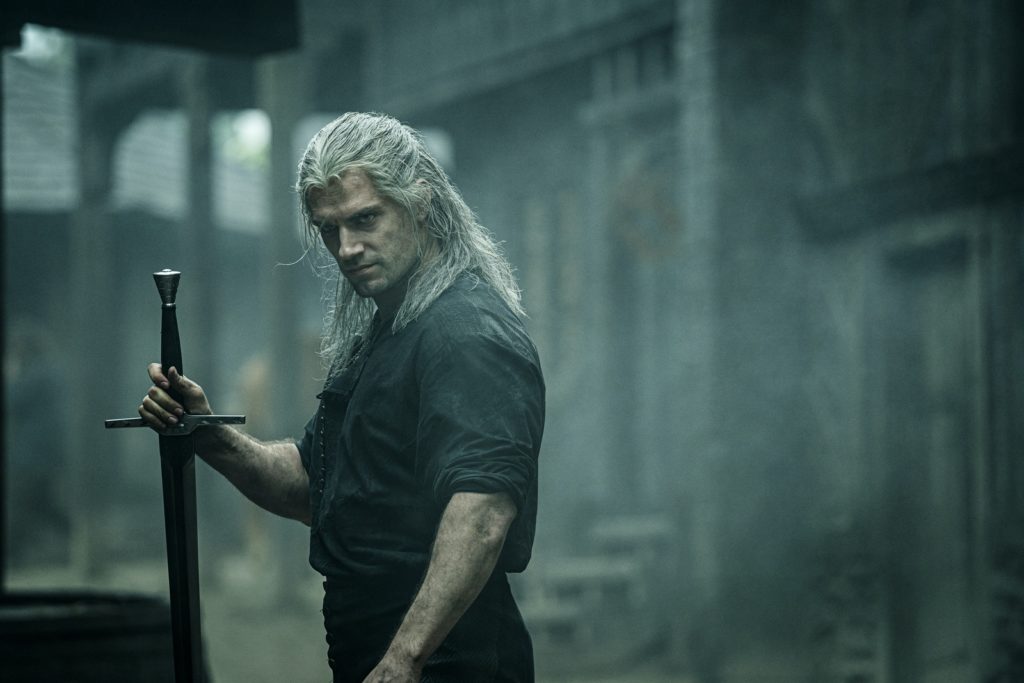 Henry Cavill is the Witcher

The biggest surprise, perhaps, is just how good the acting is. Netflix shows are all over the place with regard to acting, but I’m genuinely enjoying Henry Cavill’s Geralt. he gets a lot of work done with very few words. Meanwhile, Yennefer’s struggle with power, ambition, and regret is delivered through every scene she’s in. Jaskier the bard, feels like a bit of an anachronism, but he did in the games, too. He’s a dope, a troublemaker, and a legendary medieval rockstar, and that all comes across with the character. The younger actress who plays Ciri does a great job conveying the fear and confusion the displaced princess is suddenly coping with. What’ll be really telling is when, in future seasons, she starts to toughen up and chase her destiny on her own.

The fights, too, are exciting. A lot of this comes down to Henry Cavill. The dude is in excellent shape and he delivers sharp, balletic movements that bring Geralt to life. Right from the setpiece battle in the first episode up through the battle on the cliffside toward the end of the season (I’m avoiding spoilers here), every scene where Geralt draws his sword is exciting and tense. 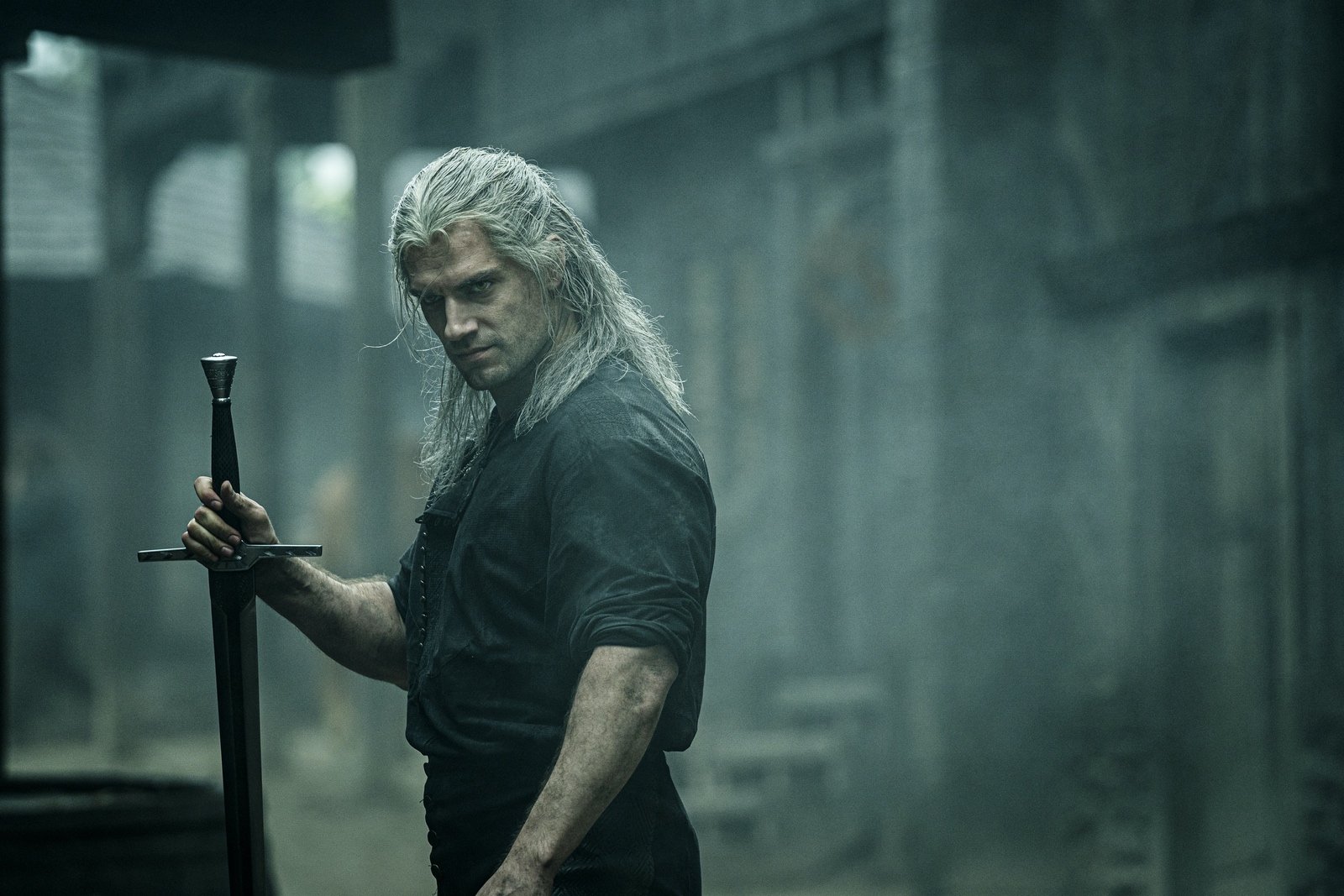 Later in the season, there’s a fight that has a bunch of mages facing off against each other, and it shows a lot of creativity on the part of the people making the show. When effects are necessary, they look good, but often they find ways to use more subtle effects to show how powerful the mages are. The emphasis in “show of power” is on the power part, not the show.

The Tortise, the Hare, and the Immortal Monster Hunter

But the show isn’t perfect. The show has room to improve, and a lot of it is logistical in nature.

The Witcher pulls from the books and does so in kind of an interesting way. Author Andrzej Sapkowski started with a series of short stories about the character of Geralt of Rivia and then moved into a five-book series centered on Geralt, Ciri, and their pseudo-parental relationship. The show… does both. There’s a time disconnect that is not apparent until much later in the show. Geralt, Yennefer, and the other mages do not age at the same rate as regular humans, so we’re able to make huge time jumps while keeping the same actors and same makeup.

The big problem with this is that it’s confusing and disorienting, but not in the fun Westworld puzzle-box way. It just feels like the show is not communicating it. It’s apparently mentioned in the first episode, but I didn’t remember it.

The timelines alternate between the background that runs up to the five-novel series, the short-story style adventures of Geralt, and Ciri’s origin story. Each is compelling on its own, but no storyline feels fully fleshed out. It’s not that a lot of it is left to the imagination so much as that a lot of it is just never shown, never even hinted at. It’s frustrating.

With that said, we ended up with an incredibly solid first season. The most miserable part is the wait for the show’s second season to release in 2021. That’s a long wait, y’all. Now, go watch this show and toss a coin to your Witcher.