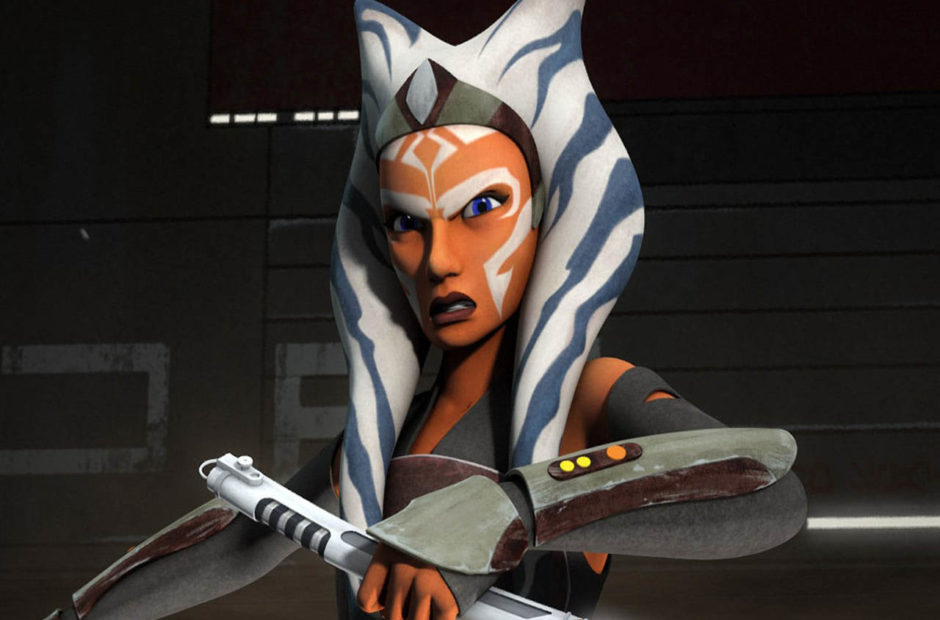 What is the status of Ahsoka Tano in the Star Wars universe? Dave Filoni, the creator of the Clone Wars and Rebels animated series has shared a possible hint to the character’s status.

Spoiler for Star Wars: The Rise of Skywalker follows, please stop here if you do not wish to be spoiled.

In Star Wars: The Rise of Skywalker, there is a scene where many deceased Jedi speak to Rey (Daisy Ridley). Intermingled in with those – and confirmed in the credits – is Ahsoka Tano (Ashley Eckstein). This has led many people to believe the fan-favorite character is dead.

Introduced in the Star Wars: The Clone Wars animated series, Ahsoka was revealed to have been Anakin Skywalker’s Padawan in the years between Attack of the Clones and Revenge of the Sith. A member of the Togruta species, Ahsoka quickly became a fan favorite and her status is always of great concern to fans.

Due to her leaving the Jedi Order at the end of the Clone Wars series, she was revealed to be alive in Rebels and working with the Rebel Alliance. At the end of that series, her status was again unknown, so her voice being heard mixed in with dead Jedi has made fans fear the worst.

On Christmas day, Clone Wars and Rebels creator Dave Filoni shared a drawing on Twitter that shows Gandalf from The Hobbit and The Lord of the Rings speaking to Ahsoka and saying, “People thought I was dead too. Look how that turned out…”

Was thinking of all of you this fine morning, Happy Holidays!
– Dave pic.twitter.com/WpD0kKMbfk

This, of course, refers to when Gandalf the Grey ‘dies’ in the Lord of the Rings and returns as Gandalf the White.

There is another explanation as we have seen Jedi speak across great distances as voices only while still alive. Yoda did this in the Rebels series while he was living on Dagobah.

The long and short of it is, we would suggest you don’t quite write off Ahsoka just yet.