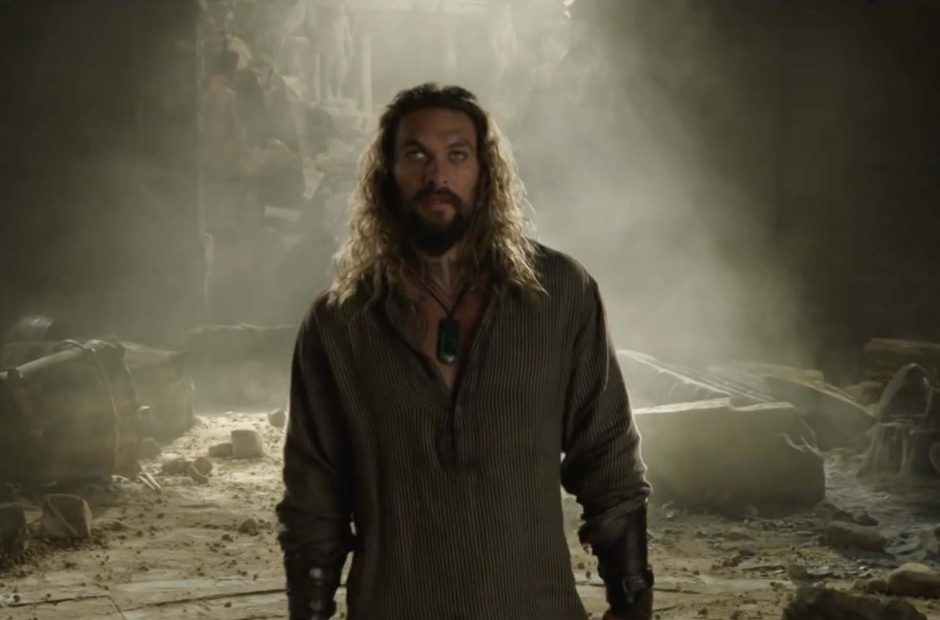 The next great DC movie set to grace the big screen is Aquaman, and it looks like it’s going to be a blast. Warner Bros. studios recently released the first trailer and other material, but it seemingly saved one of its biggest teasers.

Actor Jason Momoa, who plays the titular character of Aquaman, shared a new poster to kick off New York Comic Con and it’s a heck of a tease. The poster doesn’t even show off Aquaman’s face, just his arm holding a weapon, but the costume he’s wearing and the weapon he’s holding are intriguing.

With the slogan, “A Tide Is Coming,” Momoa revealed that Aquaman will indeed wear the iconic orange and green suit from the comics. It was inevitable that the suit would be in the movie as we’ve seen countless leaks that show Aquaman wearing the suit, but this is the first time we’ve seen it from of the creative force behind the movie.

A bridge between two worlds. Something exciting is coming tomorrow Aloha j #Aquaman

The poster also gives us our first look at Aquaman’s weapon of choice—the Trident of Poseidon. It looks rather exuberant with the shimmering finish. Up until now, we’ve only seen Aquaman wield a quadent in Justice League though it looks like he’ll get his hands on his trusty trident at some point in the movie.

We’ll get to see Jason Momoa don the new suit and weapon when Aquaman swims into theaters on December 21.