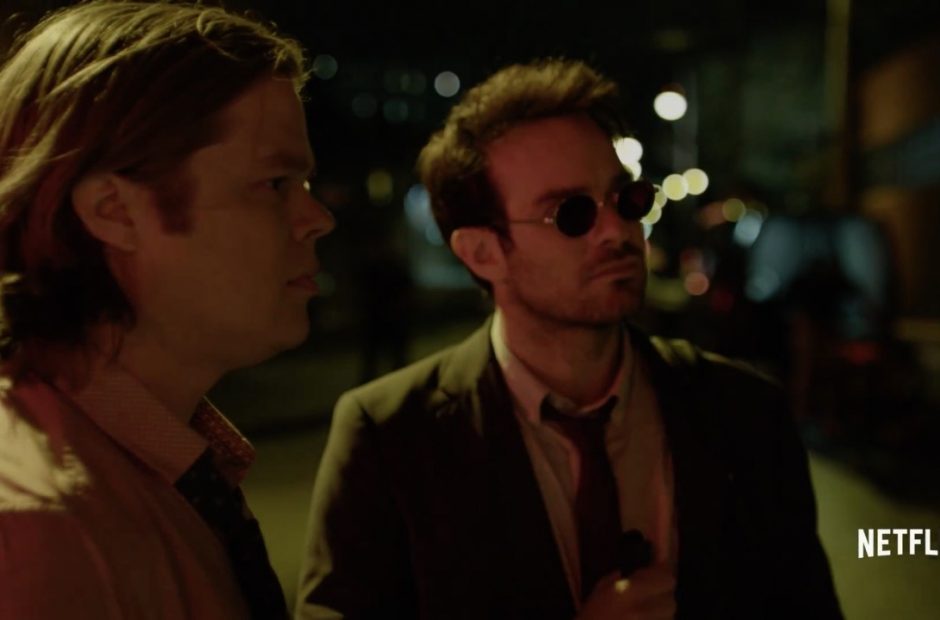 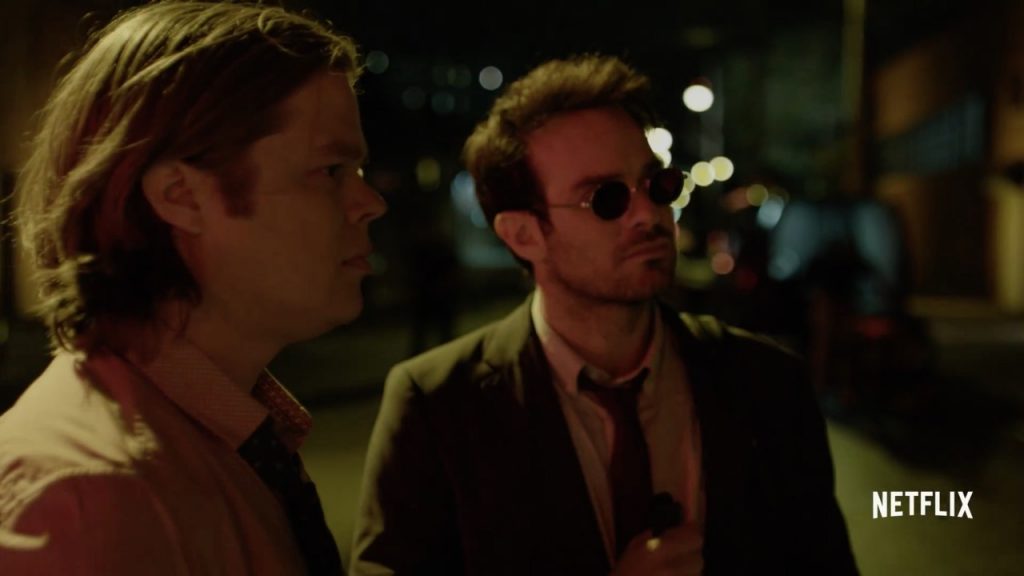 When the third season of Daredevil becomes available to stream on Netflix later this month, it will make a big point of showing the maturation of a key character in the series. Foggy has been a key cog in the Marvel-Netflix series universe, appearing in Daredevil and Luke Cage, but his character development has largely been subservient to Matt Murdock. That’s changing in season three.

When the third season of Daredevil picks up, Matt Murdock will be missing from his normal life in Hell’s Kitchen where most people, including his best friend Foggy and love interest Karen, believe him to be dead. Matt hasn’t come out of hiding after the collapse of the Midland Circle building and his friends are moving on without him.

That mostly entails Foggy, who is becoming his own man, moving on from what he believes to be the death of Matt Murdock. He has a job with the law firm Hogarth, Chao and Benowitz and will continue to evolve in season three.

Actor Elden Henson talked about the maturation of Foggy in an interview with Screen Rant and how season three will explore the development of the character, something show runner Erik Oleson implored the actor to focus on.

I spoke to Erik [Oleson] before the season started and he was nice enough to ask what we were hoping for with our characters and one of the things I brought up was wanting to see Foggy evolve emotionally and he’s really done that this season. I think Foggy has stepped out from Matt’s shadow a little bit and sort of become his own man in some ways. Yeah it’s been exciting, Erik’s done a really great job this season. Not just with my character, but with everybody’s [characters]. It’s going to be a good season.

As Henson puts it, Foggy has stepped out of Matt’s shadow and is ready to be on his own. He went on to reveal the season will also explore other sides of Foggy we have yet to see like his family and home life.

We’ll see how Foggy’s role is expanded when the third season of Daredevil becomes available to stream on Netflix beginning October 19.