Rockstar today released a new gameplay trailer for Red Dead Redemption 2 and it’s full of Wild West violence. The studio has reiterated again and again that the upcoming open-world title will be incredibly detailed, and that really comes across in the latest footage.

The second gameplay trailer not only underlines how detailed the world is, but the kind of things players can do in that world once they take control of Arthur Morgan, the game’s main protagonist.

In addition to taking part in a wide range of “nefarious activities,” players can control Arthur’s hygiene, what he eats, how he dresses, and the decisions he makes. Essentially, players are Arthur—a point made clear by the game’s first-person mode, which you can see in action in the new gameplay trailer.

For those who fell in love with Red Dead Redemption, Rockstar’s sequel looks to build on that experience, allowing players to participate in heists, rob banks, and even burgle homes. If there’s an activity that’s illegal, Arthur can probably participate.

The video also shares our a brief look at the game’s revamped Dead Eye system, which is returning from Red Dead Redemption. Rockstar says the new system will evolve as players progress through the story, with the trailer at one point showing Arthur able to pinpoint critical weak points on enemies.

And if all the unpredictably of the Wild West gets to be too much, you can always find a serene lake and go fishing. It’s up to you.

Red Dead Redemption 2 comes out fro PlayStation 4 and Xbox One on October 26. 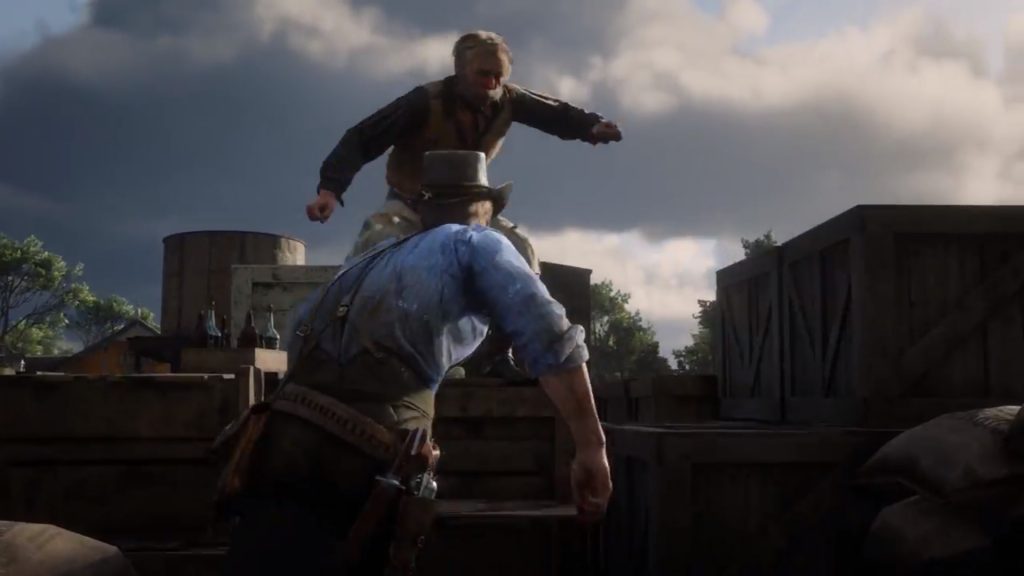