It looks as though Jon Favreau’s Star Wars TV series will begin filming this week, and there are set photos to back it up.

Making Star Wars has taken some images of a set that looks suspiciously like a galaxy far, far away. While it’s not too difficult to figure out what this set is for, there was still nothing blatantly spelled out. Then Jon Favreau visited while they were there making it even more difficult to deny that this is indeed the set of the series.

For obvious reasons of security, the precise location of the set is not being revealed, but it is indeed somewhere in Southern California. As to what the set tells us about the series, it sadly isn’t much. It does look to be an exterior for an arid world, but the difference in vaporators, and the presence of black rocks with a lava quality to them seems to rule out Tatooine, Jakku, or Jedha.

While staking out the set, a rehearsal did occur for a fight scene, and shortly afterward actor trailers and equipment began arriving. So it definitely looks like cameras are about to roll on this project.

It still isn’t clear what the topic of the series is, but numerous rumors have pointed to it having something to do with the Mandalorians (think Boba Fett if you’ve never watched the animated series) a few years after the fall of the Empire.

The untitled series will be a part of the upcoming Disney Play streaming service which is scheduled to launch in 2019. 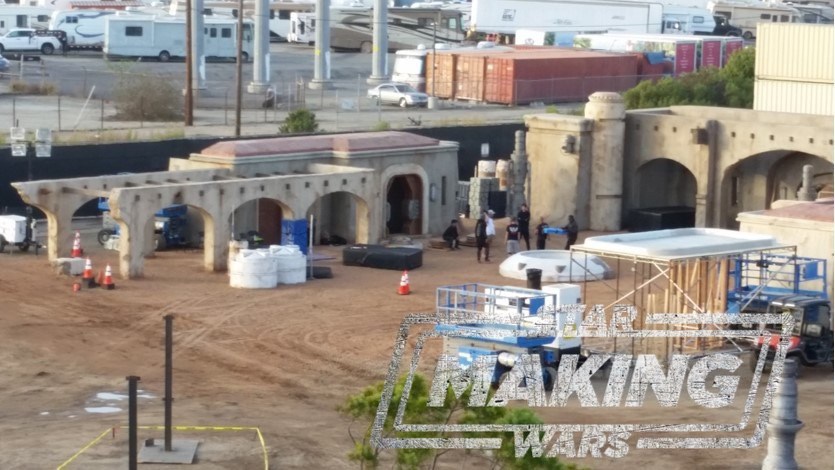