The First Purge Blu-ray Review – See Where it All Began 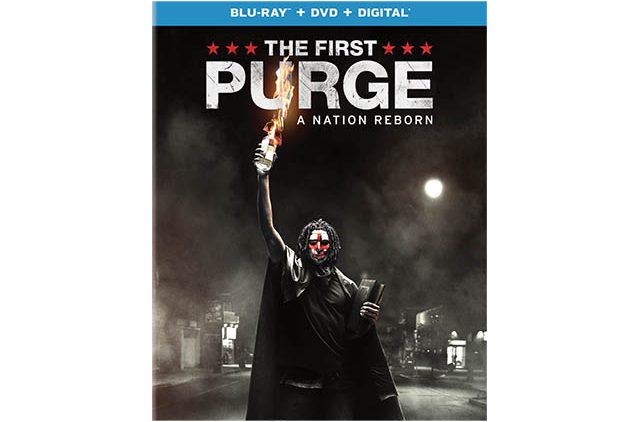 The fourth film in the Purge series – The First Purge – takes us back to where the annual ritual began, and that was with a small test located solely within in the confines of Staten Island, New York.

Set shortly after The New Founding Fathers won the White House, The First Purge attempts to explain how the country ever agreed to this concept in the first place. And while there are a few lines addressing that, you still aren’t totally clear on all the reasons this came about, but that is what future installments are for.

The Nerdy was provided with a copy of the Blu-ray/DVD/Digital package for this purposes of this review. Compared to some Blu-ray’s I’ve reviewed lately (I’m looking at Pirate of the Carribbean: Dead Men Tell No Tales!) the menus were easy to follow, and there were no issues with navigation. It’s unfortunate to say, but this has been a problem as of late, so it’s refreshing to see one just plainly laid out.

The shortfall, however, is that there are only about 10 minutes of extras total with the film. You can see them all detailed below, but it is is definitely not a selling point if you’re someone who likes to dive into more of the film.

If you want to bring the film home, then it’s a fine package, but don’t be expecting too much beyind the bare minimum.

THE FIRST PURGE will be available on 4K Ultra HD in a combo pack which includes 4K Ultra HD Blu-rayTM, Blu-rayTM and Digital. The 4K Ultra HD disc will include the same bonus features as the Blu-rayTM version, all in stunning 4K resolution.

Universal provided us with a copy of The First Purge on Blu-ray for the purposes of this review. We watched the film and all of its extras before beginning this review.