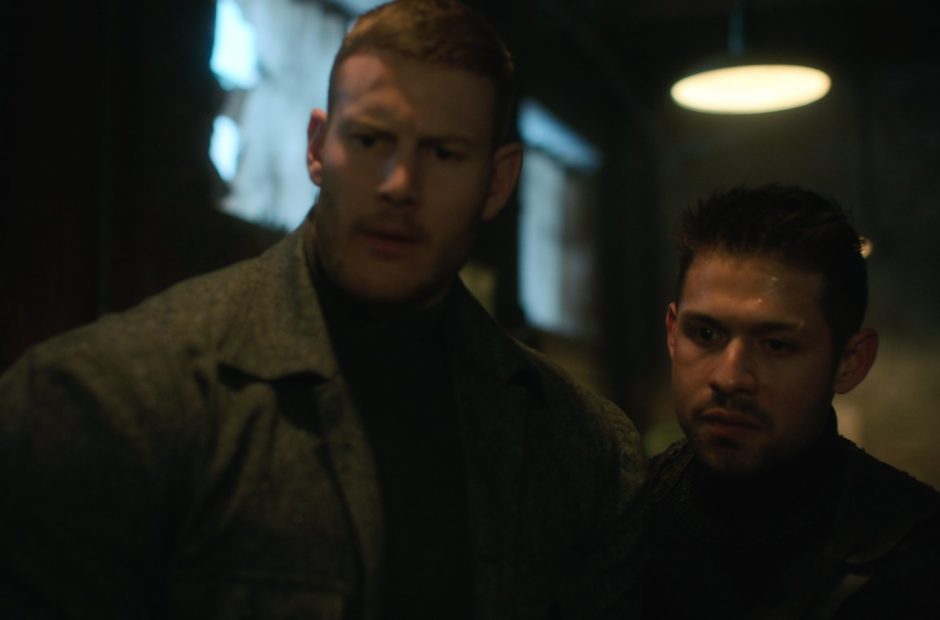 Ever notice how people seem to hit on the same idea at the same time?

Back in the 1960s, X-Men and Doom Patrol, two comic books about a band of misfit superheroes, hit comic stands within three months of each other. Now it’s 2019, and within a month, DC Universe saw the beginning of the Doom Patrol show and Netflix unleashed Umbrella Academy onto the world. Once again, two stories of ragtag teams of people with problems as extraordinary as their gifts. Only these two projects couldn’t be more different in how they handle their misfits.

These two shows don’t make for a perfect one-to-one comparison; Umbrella Academy is out in its entirety, while Doom Patrol is only four episodes in. But it’s already obvious the writers for each show are approaching their respective casts of characters from completely different angles. Doom Patrol is already the more insightful of the two, while Umbrella Academy’s deep misunderstanding of its characters made it a struggle to finish. 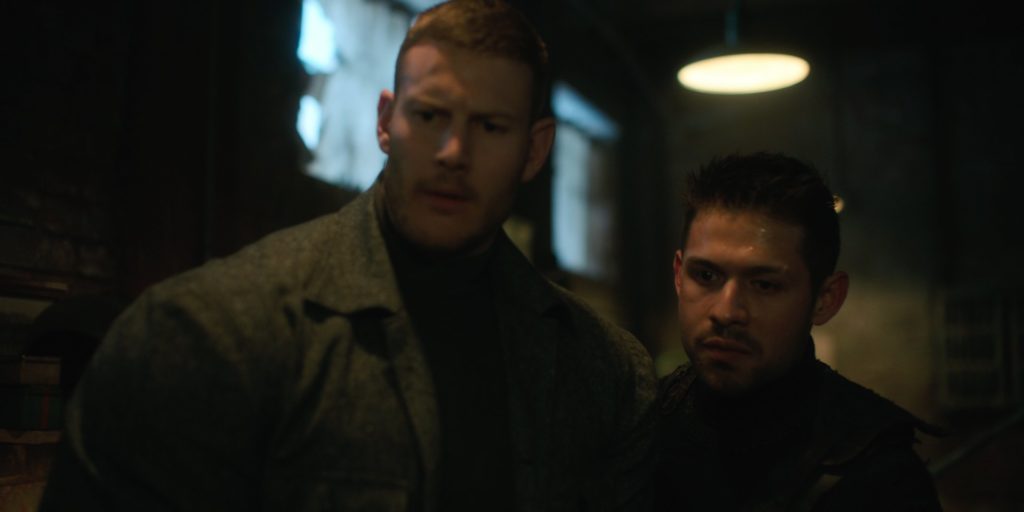 Watching Umbrella Academy, I was surprised not just at how dysfunctional the characters are, but how little interest the show seems in their dysfunction. The whole story is centered around this MacGuffin of an impending apocalypse and the show seems to have gulped that bait down without questioning it. It assumes the apocalypse is what we should be interested in and just goes with it.

The premise of a group of screwed up heroes is a solid one. I’ll at least sample just about any show that starts from that idea. But Umbrella Academy takes that and … does nothing with it. The end result is a show about a bunch of people hurting each other. Or, more accurately, some really childish men hurting women.

I tried to ignore this throughout the series but every time I managed to put it aside, it came back up. Over and over, we watch the show undercut its main female protagonists, Allison and Vanya, and turn just about every other female character into a target or a hostage. The women of Umbrella Academy are kidnapped, murdered, put on pedestals, silenced, and gaslit. 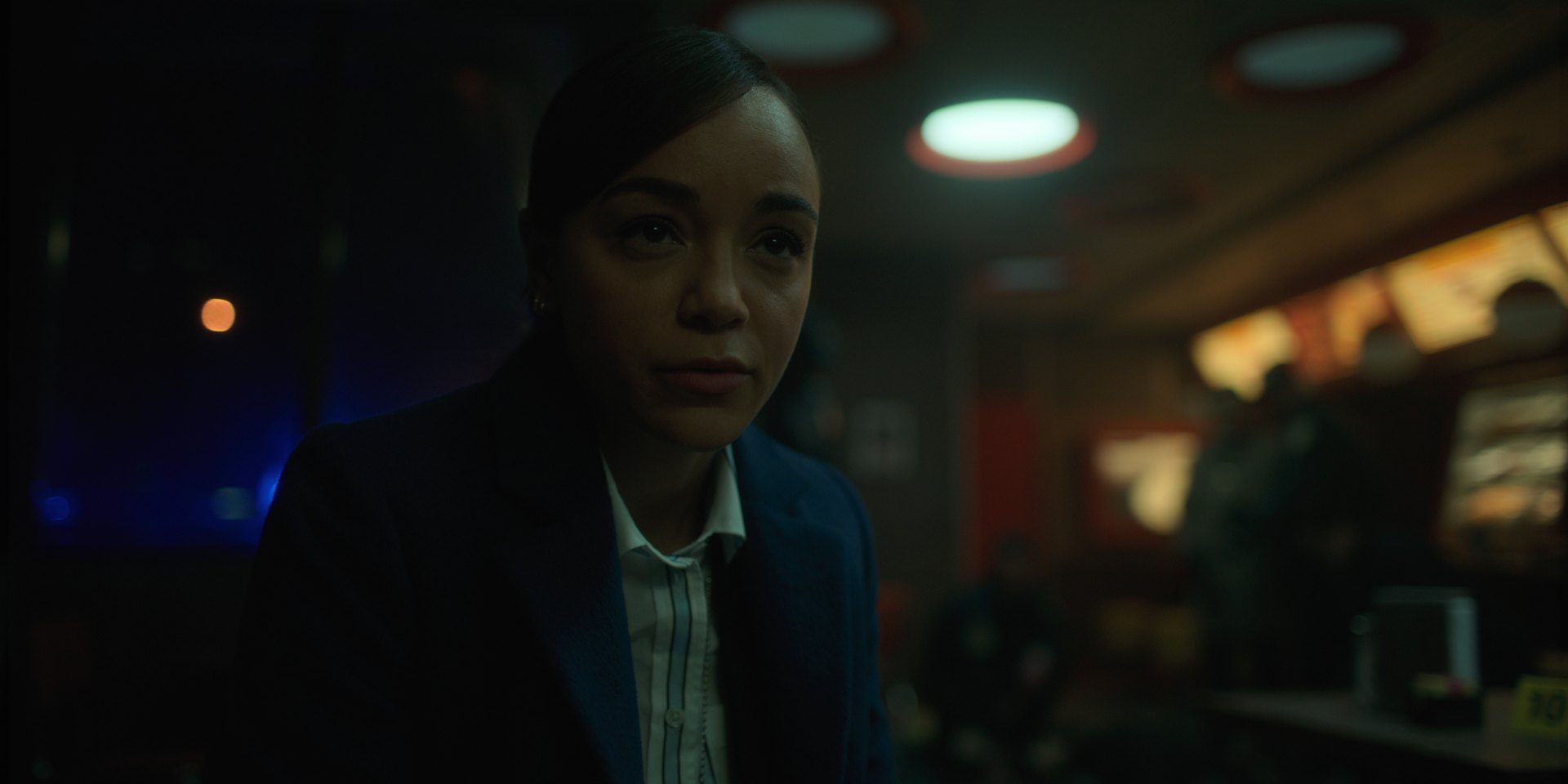 That last word is something of a trigger word for many people in today’s discourse, but it’s fitting given how the show handles Vanya’s understanding of her history and upbringing and, most importantly, the role her siblings played in it.

This includes another character, Allison, using her powers to trick Vanya into believing she has no special abilities because Vanya’s adoptive father would rather cover up Vanya’s potentially dangerous emotions and shut them down instead of employing things like a therapist and parental attention. The father is treated less like a character and more like a force of nature that the children had no power against.

While the show is pitting women against each other or shooting them full of holes, two of the main characters, Luther and Diego, are allowed to run roughshod over the proceedings. Luther crowns himself leader of the Umbrella Academy and enforces that with muscle and bullheadedness. He spends the entirety of the show putting Allison on a pedestal because of a crush he had on her when he was a kid.

Diego, meanwhile, continually puts other characters in danger because his solution to every problem is to go out alone and throw knives at things. His actions directly result in his friend and ex-lover getting killed, which really only serves to give him a reason to be vengeful, much the way Cha-Cha kidnapping Hazel’s womanfriend is just a way to ensnare and then punish him.

All of that comes to a head in two moments toward the end of the show. First is the moment Vanya literally silences Allison – one of the few active women on the show. Vanya slits her throat in a violent outburst an action that results, yes, from some mistakes on Allison’s part, but primarily through bad behavior by all the men around them. Once Allison is no longer able to speak, that gives Luther license to ignore her and lock up Vanya, who is begging to be heard. 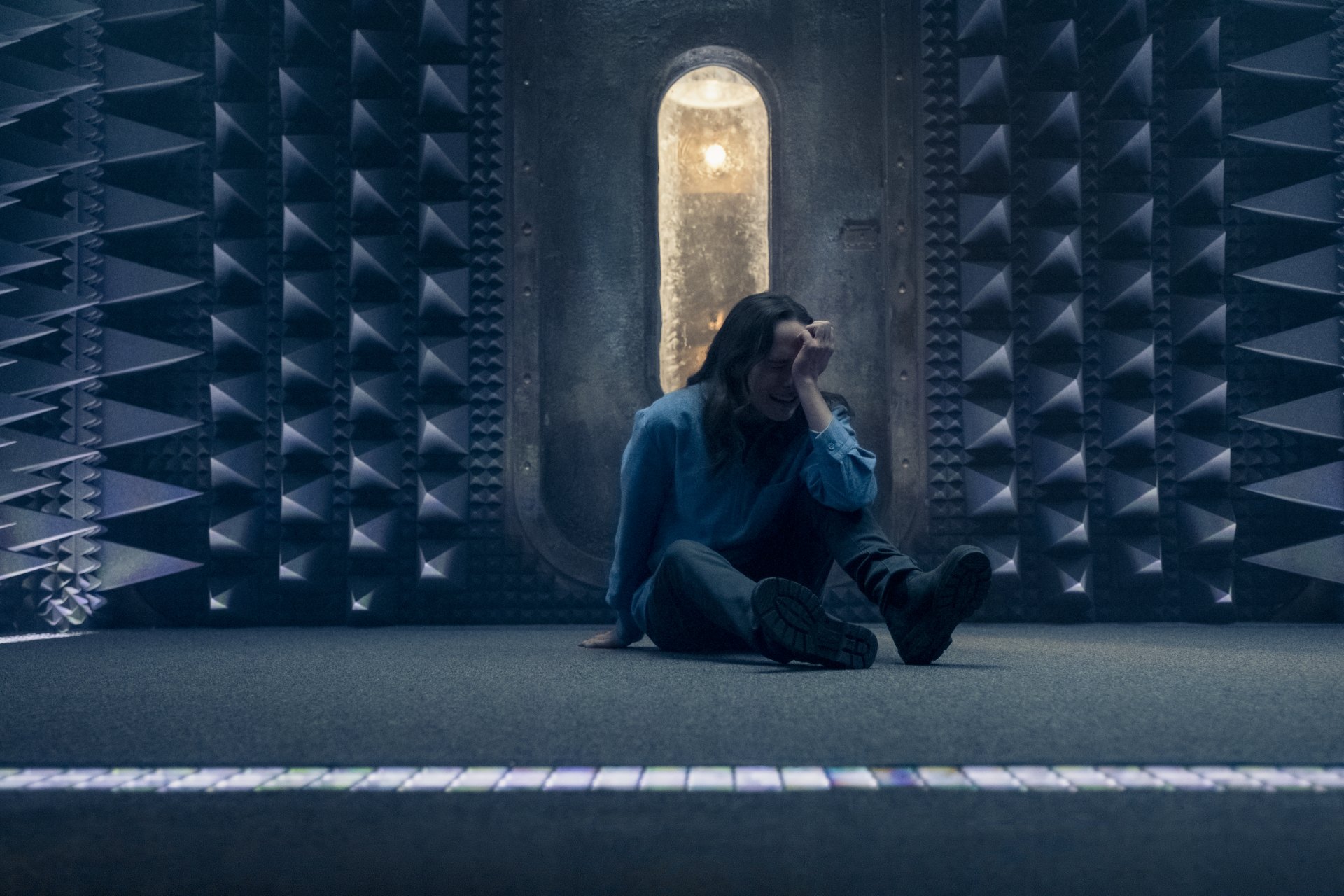 Klaus, the least traditionally masculine of the Umbrella Academy man-children, is the only one of the male characters that goes through substantial growth. He starts the story as a whimsical junkie in the throes of denial and through some harrowing events and the reliving of childhood trauma, he grows and is a more interesting character at the end. I point out that Klaus doesn’t subscribe to traditional aspects of masculinity because that more toxic behavior is a lot of what’s wrong with the show – and it’s something Klaus moves further and further away from. Five, meanwhile, acts mostly as a quirky plot mover and doesn’t seem to have nearly as much effect on the group. 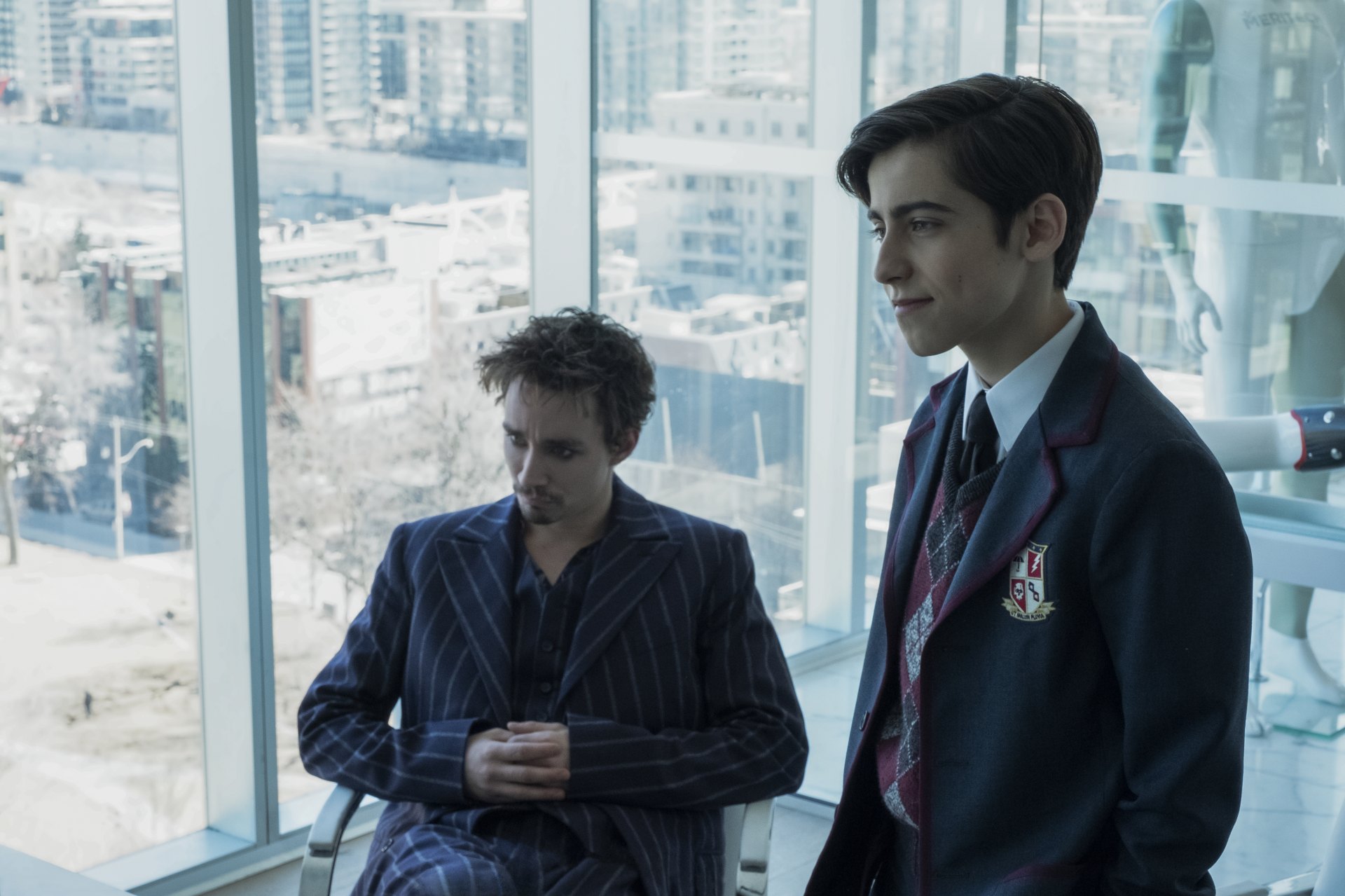 The show doesn’t seem to be aware of how it’s mishandling all this material. At one point, the kids find out they were brought together by their adoptive fathers’ death because that’s the only way to get them to talk to each other, and they pause for only the briefest moment before going back to fighting.

The damage most of these character exhibit is little more than window dressing. The way for them to save the world would be to save each other, and instead of following that thread – which would be interesting and action packed – the show just locks them up in a room so they can break everything.

This is all summed up at the very end when someone comments that Vanya, who has undergone some admittedly very dangerous self-actualization after years of gaslighting, exclusion, and bullying, needs to be fixed. The path to fixing her, any well-adjusted adult would note, would start with her family apologizing, showing some understanding that they screwed up, and then showing that they know how to behave better. But based on literally everything the show’s done so far, I suspect that’s not going to happen. 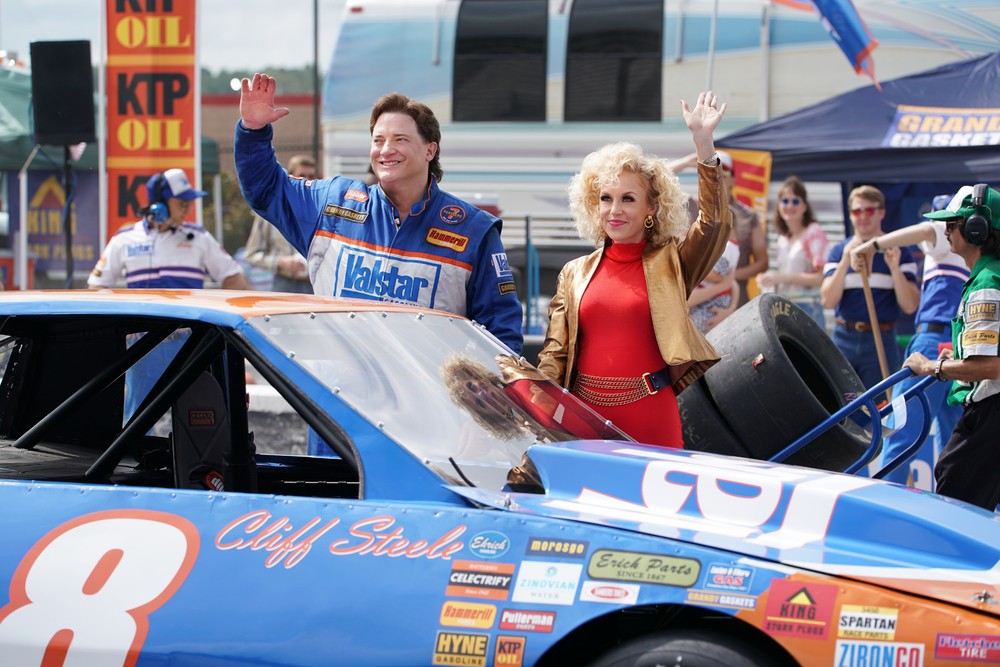 Now let’s flip over to the Doom Patrol.

The show is only six episodes in, so I’ll say up front that it has time to screw all of this up, and hasn’t had as much time to develop its characters, but it’s already doing more interesting things with a very similar premise.

Like Umbrella Academy, the show centers around a small group of extraordinary people, but each one has some extraordinary scarring to go with their power. And it seems likely they’re going to have to save the world at one point. 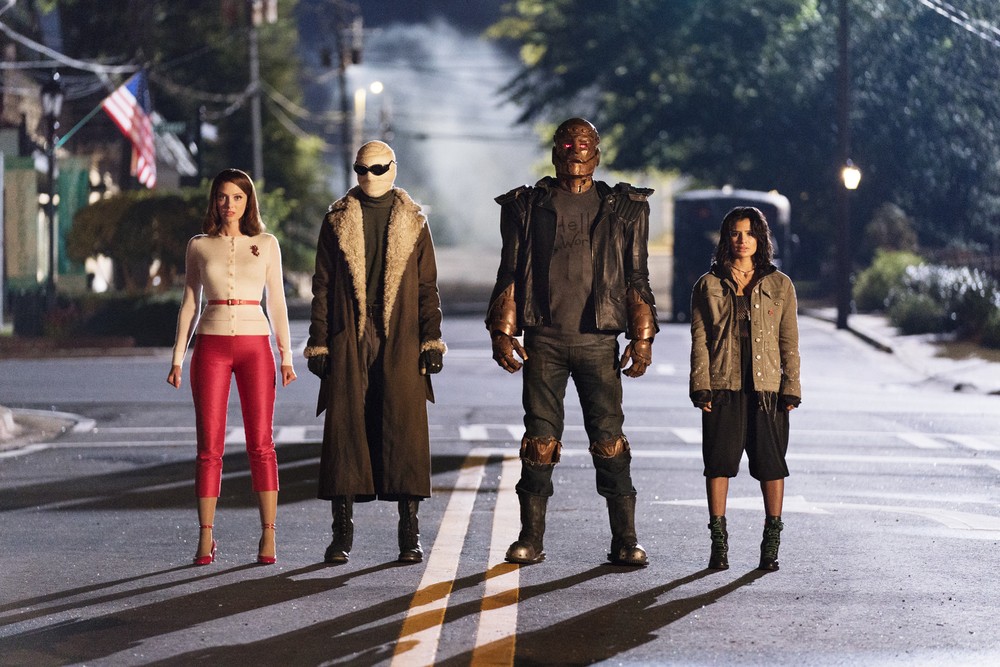 But right from the start, Doom Patrol is more concerned with how these characters feel more than how they inflict their pain on each other. Over and over, we see characters trying to address their trauma despite a strong fear reflex. We see Negative Man trying to negotiate with the uncontrollable being inside him, one he has no idea how to even start talking to. The being tries to communicate back – but neither knows how to talk to each other because Negative Man hasn’t really acknowledged his trauma. We see Rita experiencing the urge to run, but that instinct is overpowered by the sight of people in need. Her determination – switching from flight to fight – gives us the first glimpse of her gaining control over the power that makes her Elasti-Woman instead of Lump Lady.

Over and over, characters call each other out on their damage or try to work with it. Crazy Jane knows that Cliff sees her as a surrogate for his estranged daughter, and tells him directly not to use her as a substitute daughter. As Jane goes through her different personalities, each earned through extensive trauma, the other characters are constantly trying to understand who the different people are and what they want and need. It’s often in high-stakes moments, so it’s hardly the care Jane needs, but it’s a step in the right direction.

The fifth episode, “Cult Patrol,” spends a significant amount of time dealing with Crazy Jane’s trauma and power. We see without a doubt how powerful she is, but also how difficult it is not just for her to cope with, but for those around her to make sense of. But characters like Robotman stick around when she pushes them away with a seemingly genuine interest in understanding her and being present.

Even Vic – aka Cyborg – has his own damage in the form of a major daddy complex and lots of guilt thanks to an accident he believes he caused and the super-science his father used to bring him back to life. He funnels that into confidence and arrogance, but he’s also trying to reach out to and connect with people and lift them up – he wants to build a team and prove himself.

When they are tasked with saving the world, the only thing keeping these people from running away is their attachment to each other. They’re still baby superheroes and they often require a helping hand in getting there – or the end up stumbling across the answer through sheer luck. Attempts to act traditionally heroic go poorly, as with the catastrophic result of the team’s first adventure into town, which resulted in said town being swallowed up by an interdimensional void – only to burst back out of an exploding donkey when Negative Man’s energy being interferes. 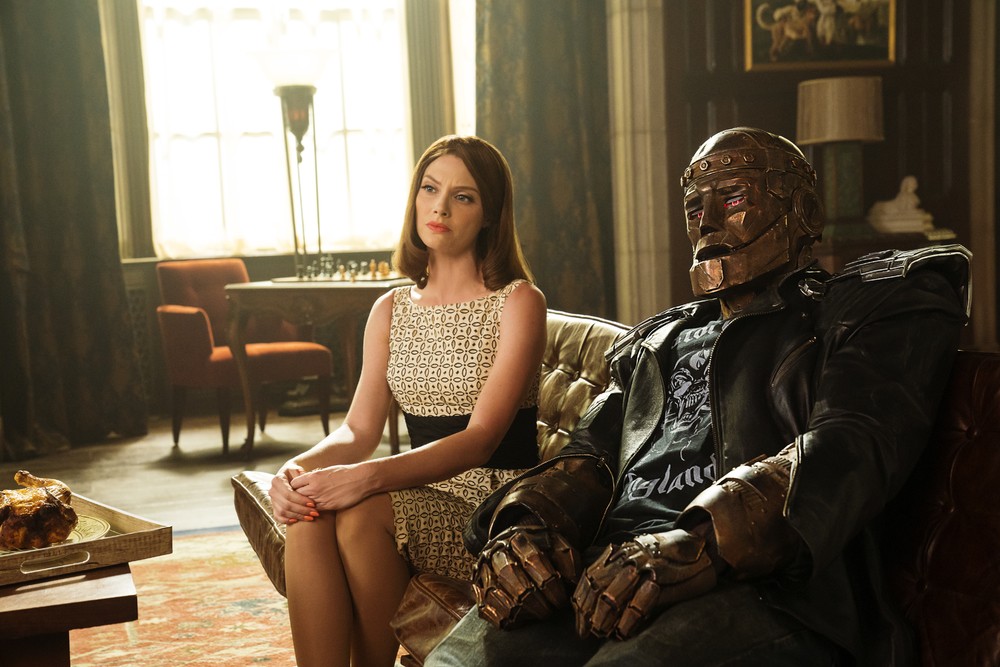 The characters of Umbrella Academy think they’re destined to save the world, but the members of Doom Patrol know they’re definitely not ready to handle saving themselves, let alone the world. But they ultimately want to help each other and people around them, and so they’ll save the world even if that means they have to limp and complain while they do it. They’ll drag each other through it and find strength in that.

A bunch of screwed up characters can be put together without it being about hurting each other. Umbrella Academy didn’t have to center itself around abusing and gaslighting Vanya and Allison, but it does because it thinks saving the world is more important. Doom Patrol knows that heroes can’t save the world alone – they need each other.