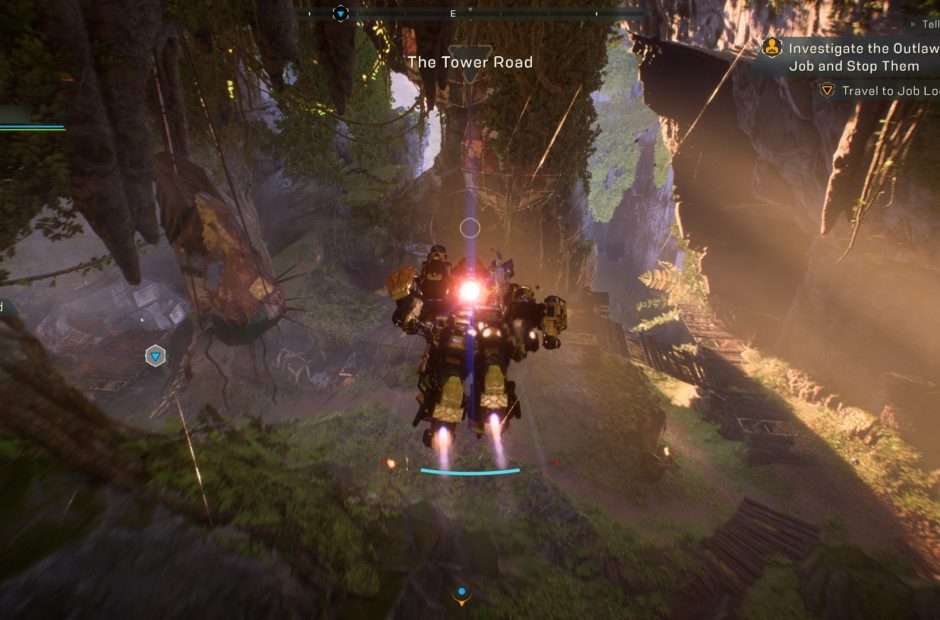 Anytime the question of superhero power fantasies comes up, one of the most common fantasies people mention is the idea of flight. Being able to go anywhere, anytime, without the tedium of putting one foot in front of another. Superman is the very embodiment of this fantasy, but writers have long had difficulties writing compelling stories because he’s so powerful that it’s hard to make him interesting. Limitations and flaws are so often the center the best stories, and that goes for game mechanics, too. BioWare looked at the fantasy of flying like Superman and understood that flying can be fun, but that the limitations are what will make it interesting, and the flight mechanic and game world of Anthem are designed around this very idea.

During flight in Anthem, the armor suits – Javelins – are constantly heating up. Fly too long, and you’ll drop to the ground to cool off. On the surface, that sounds really annoying. In a flat, open desert, it would be, because that means you’re constantly being interrupted. And, admittedly, if BioWare does decide to throw a big empty desert into Anthem, that’ll suggest that maybe the team doesn’t understand flight as well as I think they do. Even after 45 hours with the game, I still feel that despite any other problems Anthem has, it figured out exactly what makes flight fun.

When a game makes movement a big part of its play, moving around the world has to feel good. Here, BioWare has put together a gigantic playground. The world of Bastion feels truly alien. Land bridges and tunnels are everywhere. Sharp cliff faces lead up to small mesas. Battlefields are given cover with small buttes, and natural pillars are everywhere. The world, then, becomes a vertical playground where every flat surface is a something we can try to land on, dodge around or through, or push our thrusters to their limits to get to them when there’s a very long drop to the ground below right in front of them. There’s no danger to falling per se, but squeezing every last bit of power out of the jetpack sputters is a great feeling.

But it’s not just that the world itself is fun to fly around in. 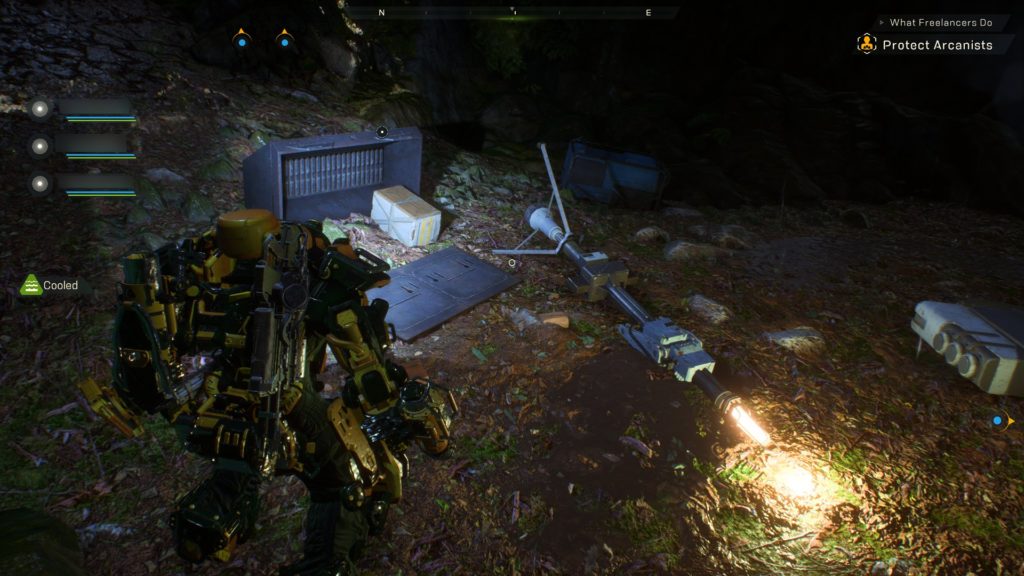 The limited flight distance of the Javelin can be offset. Diving off a high ledge and flying straight down will cool the Javelin off, while a less severe incline will just not add any heat. Flying through a waterfall will drop the Javelin’s heat back down to zero, as will flying low enough to a water source to make the pond beneath mist upward.

The whole world is now not only a playground full of obstacles to tackle, but a potential refueling station that will let you extend your flight far beyond what your Javelin is normally capable of. To do that, though, requires a full awareness of the map around you, further building on the encouragement of exploration built in by the sky-high clifftops.

Finally, the multiplayer. In most of the best “traversal” games, such as Sunset Overdrive, Spider-Man, or Infamous, the feeling of traversal is a solo reward. In almost two dozen hours spent with Anthem since release, I’ve been able to fly in formation with my friends, to race them, show off, and slam right into a wall when I biff a cool stunt. And it’s good.

Flying in Anthem is fun for the same reason that swinging in Spider-Man this past fall was such a blast. It knows that autopilot is a snooze, and it rewards active play and mastery without outright requiring either.

Anthem has a lot of issues right now. It feels like two games. It’s had difficulty staying up during peak playtime. And there are lots of inexplicable issues with the user experience. Even taking all that into account, BioWare nailed the feeling of flight. By limiting flight and building a game world around that, it’s tough to forget that you’re flying – and that it feels great.